Kathryn Thomas reveals she has picked out baby names

The Operation Transformation host is expecting her second child with her husband Padraig McLoughlin, and is due to give birth later this month.

Speaking exclusively to Goss.ie at the launch of BumpFit, the Irish presenter revealed she and Padraig are narrowing down their baby name list ahead of the arrival of their family’s new addition.

The 42-year-old said: “We have a few [baby names]. We had narrowed it down to maybe four or five the last time but this time, there’s just so much other things happening I don’t think we’ve given it enough time.”

“But I think now that I’m officially closing down, we’ll have a little bit more of an idea in the next couple of weeks,” she added, as she prepares to go on maternity leave.

Kathryn also revealed she plans on filming the upcoming season of Operation Transformation after Christmas, following the birth of her second child.

The RTÉ star said: “I think there’s this sort of, ‘Oh my god she’s going back to work after eight weeks!’ But I would always say, as long as you’re doing what you want on your own terms. I’m putting the health of myself and my family first before anything.”

“Nobody’s putting any pressure on me to go back to work. For me, my work gives me so much. I love being around people, I love everything that Operation Transformation does…”

“Working in that environment gives me a lot of energy and that helps me as a mother, and helps me as a woman. I’m very fortunate to love the work that I do and I’m really passionate about it.”

Speaking about her three-year-old daughter, Kathryn said: “Ellie is so excited to become a big sister. She’s really picking up on [me finding things a little bit harder now] and she’s going, ‘Don’t carry that!’ or ‘You don’t have to lift me out of the car Mommy, I can do it myself, I’m going to help you!'”

“It’s come out of nowhere, but I think it’s because she’s expecting big presents. She was told baby brothers and baby sisters bring big presents for their older sister, so I think she’s putting the ground work now!” 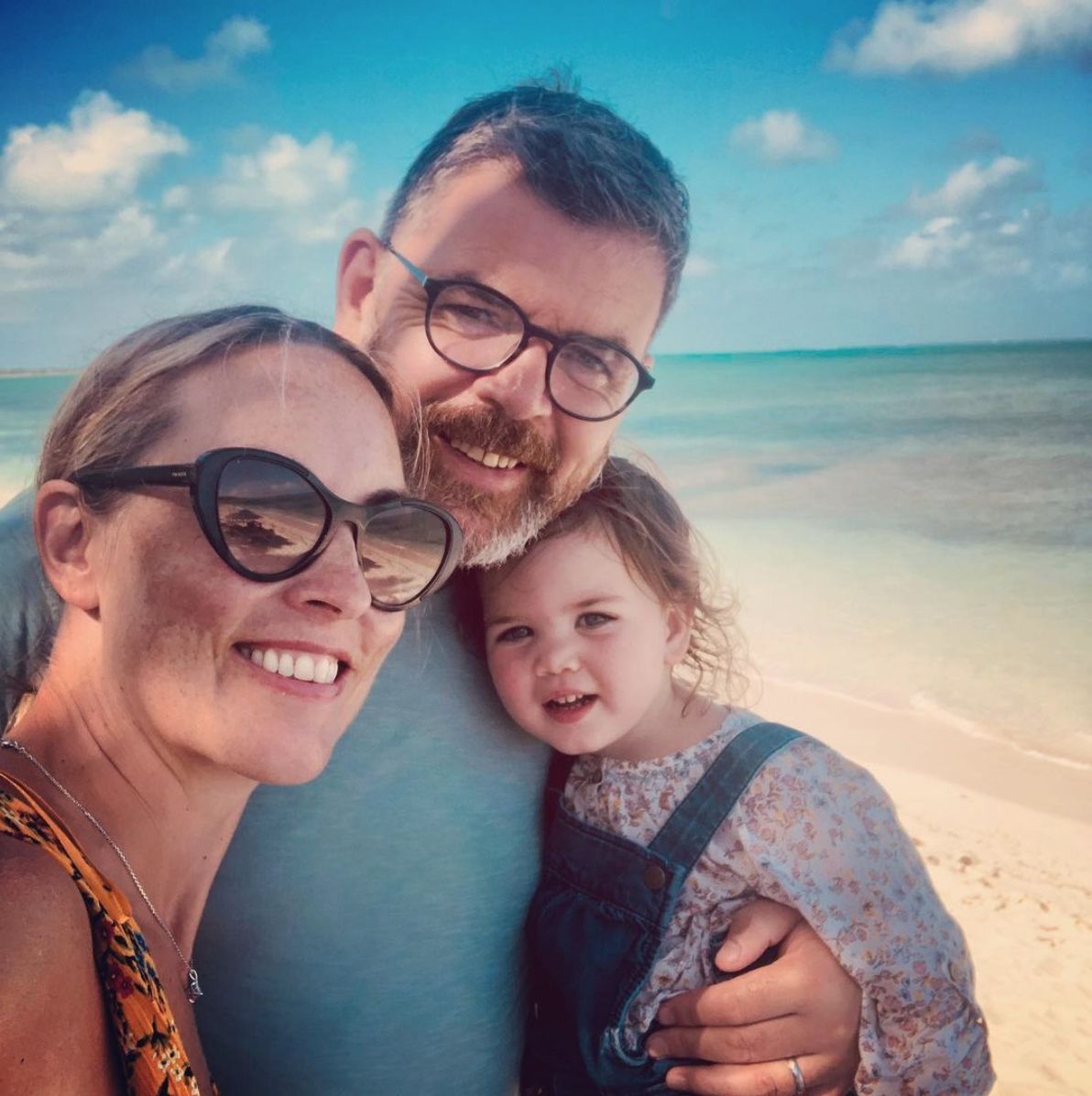 Kathryn spoke to Goss.ie at the launch of Bumpfit, a new fitness guide for mums-to-be  tailored to each stage of pregnancy.

She said: “Staying active and fit throughout my pregnancy was something that was really important to me. But I also wanted to ensure I was in no way putting myself or our baby at risk.”

“I spent hours and hours researching online, talking to mums and my doctor too. I knew that just like the notion of ‘eating for two’ has gone out the window, so too has putting your feet up and ‘wrapping yourself in cotton wool’.”

“All the research today points to the fact that exercising throughout pregnancy carries so many benefits: It boosts your energy; leads to better sleep; reduces the risk of pregnancy related complications; and prepares you for childbirth.” 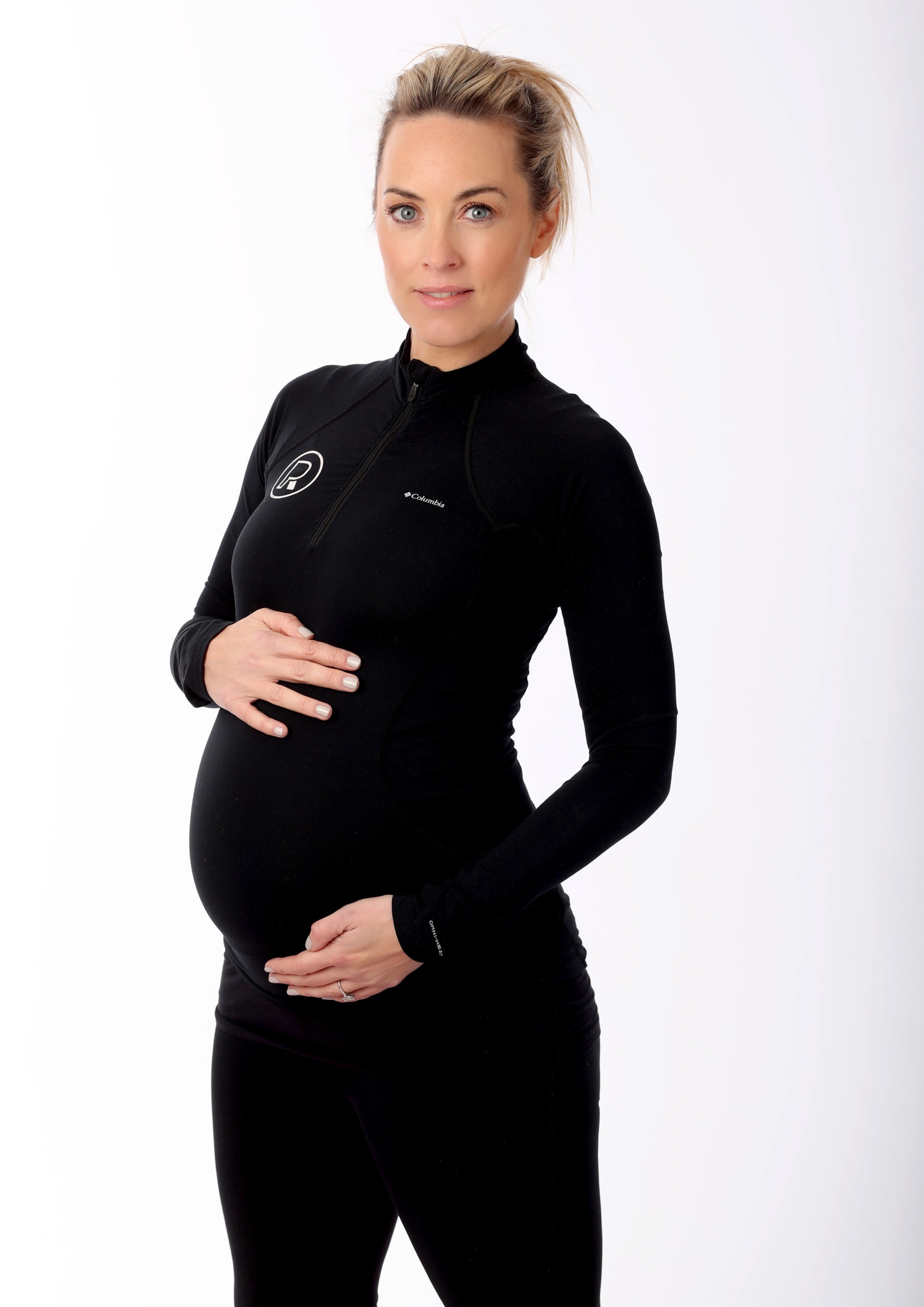 “I created this guide with my trainer Roisin, who I worked with throughout my pregnancy, so that other women could feel healthy, happy and safe while exercising in the comfort of their own homes,” Kathryn added.

“It’s important to stay mobile so your body is as strong as possible, which will not only help you in childbirth, but for those first couple of crucial months with your newborn. I hope you enjoy this plan as much as I have.”

The BumpFit programme is available to order now at a cost of €129, which includes the full downloadable step-by-step PDF guide with 32 weeks of pregnancy workouts, plus 96 follow-along video workouts with Kathryn.  For details, visit www.pureresults.ie/bump-fit