Jenny Greene has opened up about quitting RTÉ 2fm earlier this year, and revealed that her former co-host Nicky Byrne “felt responsible” for her departure.

After Nicky left his post at 2fm to go on tour with Westlife, bosses wanted to move Jenny to the 8-10pm slot from Sunday to Thursday – but it was an offer she simply couldn’t accept.

During her cover interview with Irish Country Magazine, she said: “I knew I probably wouldn’t be in the same slot when Nicky left to go back to Westlife, for no other reason than it had been five years and they needed a change – you need to freshen things up with radio.”

“I just initially had been told it would be somewhere in the daytime schedule and then it wasn’t. I don’t think anyone did it on purpose. I understand that their hands were tied.” 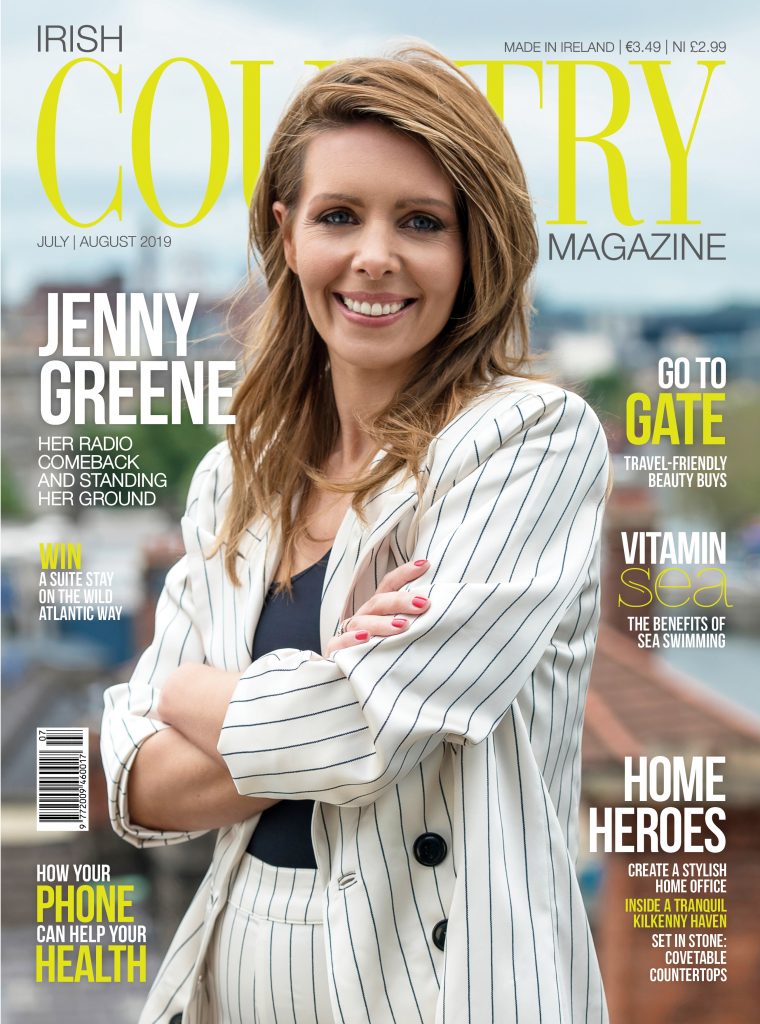 “The day Dan Healy [Head of 2FM] told me I would be moving to Sunday to Thursday nights, to the 8pm to 10pm slot I knew I couldn’t do it. I did those shifts for years but my circumstances were different and it worked for me then. I’m at a completely different place in my life now,” she continued.

“He was genuinely upset when I said ‘I can’t take that’, and so was I. There was no argument. I took the gamble and left. I thought, ‘I’ll take a few months off, continue DJing and figure out the rest afterwards.”

The popular radio DJ announced her departure from the station in a shock statement on social media, and the news caused serious backlash, as fans furiously called for her return.

And it turns out their calls were successful, as the broadcaster has now landed her very own drivetime show.

On the huge reaction to her departure, Jenny said: “I thought a few people would say, ‘sad to hear it’ or ‘best of luck. I posted it and got into the shower, and when I got out I was shocked.”

“I genuinely felt like I was dead when reading the reactions, that’s what it looked like. I was like, ‘I’m still alive’! I don’t know did people jump on the bandwagon of the latest Twitter and Instagram story that day, but it benefited me so I’m not going to complain.”

“I think it did have an impact on me being brought back. I’ll never know for sure but I mean you don’t leave RTÉ and get asked to come back, and in such a short space of time. I really wasn’t expecting it, so it had to have had an effect and I owe everyone a lot. I’ll give them all 10 per cent!”

Speaking about her relationship with her former co-host Nicky Byrne, Jenny said: “He was on the phone to me on a daily basis making sure I was okay.”

“I think he was worried about what would happen to me and he felt responsible, but it wasn’t his fault. It would have happened anyway,” she added.