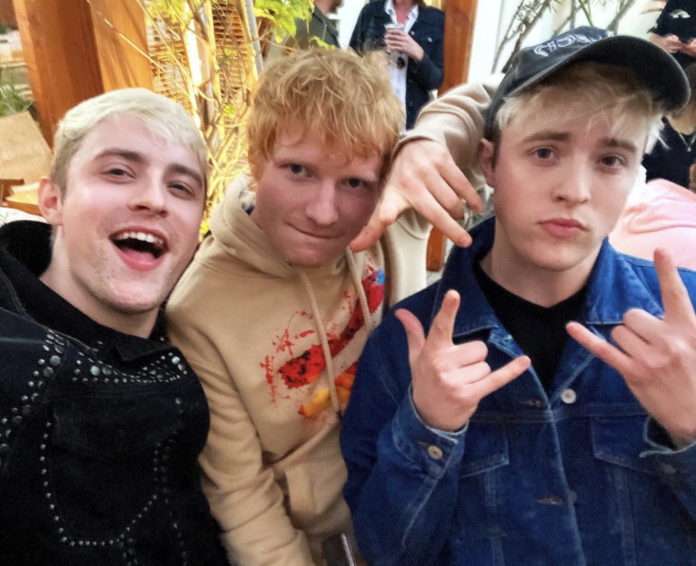 The Irish twins, otherwise known as John and Edward Grimes, spent time with the popular singer last week and shared some snaps with him on their Instagram feed.

The former X Factor contestants also shared a snap of them and Ed playing a game of soccer.

They wrote: “Got to play with my Ipswich Suffolk Hero @teddysphotos and a great bunch of lads he’s got the moves always a busy bee but makes the time to play football ⚽️ but when it came down to it ya Boi JG scored the winning goal.”

“I think we all did awesome playing in peak Los Angeles heat and we had great banter on the field we’ll have to invite Elton John next time 😊the Christmas song is a JEPIC classic love ya lots X.”

Jedward’s cozy snaps with Ed have fans hoping they have new music on the way.

A fan commented under one of their posts, “New Xmas song??,” while another wrote: “Move over Elton, it’s time for a Jedsheeran Christmas number one.”

Singer Lyra also commented: “I feel a song coming on…”

The trio haven’t confirmed anything yet, but it’s clear fans would be delighted to see the friends drop some music together.