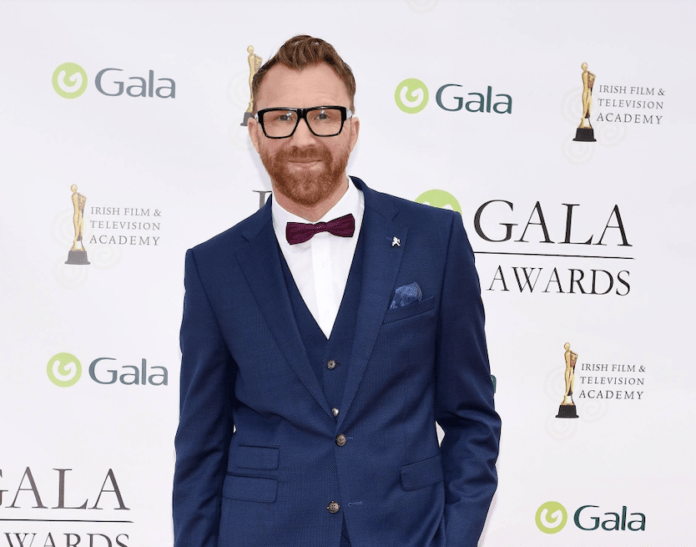 Jason Byrne has been forced to cancel a string of upcoming tour dates to undergo urgent surgery on his heart.

The comedian recently found out he has three artery blockages, after he suffered chest pains while out for a run.

In a video posted on social media, Jason said: “Sorry for cancelling a lot of the British tour but there’s nothing I can do about it.”

“I went for a run recently, I got pains in my chest, right in my heart, I didn’t know what was wrong with me. I went to A&E, got loads of test and eventually they found three blockages.”

“So around early October, I’m going to have to get a couple of stents thrown in. Before anybody jumps on, no it was not the vaccine,” he continued.

“I had heart professors all around me telling me what was wrong with me, so my heart hasn’t enlarged, there’s no blood clots, it’s actually hereditary, that’s what’s happened to me.”

“I’m fit and I’m underweight and I don’t smoke and I don’t barely ever drink, so I plead to anybody out there to just go and get yourself checked because you don’t even know that you’ll have any clogging up in your arteries.”

“I’ll be back on tour hopefully at the start of November if all goes well, which it will go well, it’s just stents. See youse all soon, sorry, sorry, sorry,” he added.

A host of famous faces wished Jason well in the comment section, including Nicky Byrne, Kathryn Thomas, and Kevin McGahern.

Nicky wrote, “Best wishes Jay 🙌,” and Kathryn commented, “J big love to you ❤️ get well soon and well done for spreading the message to get checked.”