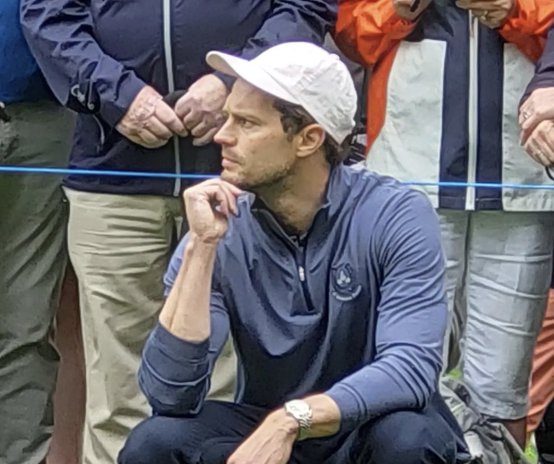 Jamie Dornan has been forced to withdraw from the JP McManus Pro-Am, after sustaining an injury.

The two-day tournament kicked off at Adare Manor in Co. Limerick on Monday morning, with a host of famous faces in attendance.

Jamie was among the list of celebrities taking part in the golfing event, alongside the likes of Niall Horan, Bill Murray, and Mark Wahlberg.

The players are here. Heads are turning.

Sadly, the Irish actor can no longer continue in the tournament, and has been replaced by Phil Scott.

They wrote: “Unfortunately Jamie Dornan had to withdraw from Day 2 due to injury and has been replaced by Phil Scott. We wish him a speedy recovery 🙏.”

Unfortunately Jamie Dornan had to withdraw from Day 2 due to injury and has been replaced by Phil Scott. We wish him a speedy recovery 🙏 #JPProAm2022 pic.twitter.com/51hOwhfK2m

On Monday, Jamie was snapped chatting and laughing with Niall and Bill on the golf course.

Westlife bandmates Shane Filan, Nicky Byrne and Kian Egan were also spotted at the event, as well as Harry Redknapp and Kenny Dalglish.

Some of the biggest names in golf are also in attendance, including the current holders of the four Major championships – Matt Fitzpatrick, Scottie Scheffler, Justin Thomas and Collin Morikawa.

The internationally recognised Pro-Am has helped raise over €140 million for charitable organisations in the Mid-West region of Ireland since its inception in 1990.

All funds raised are distributed in their entirety to the beneficiaries.

The tournament is being broadcast in full on Virgin Media Two.