James Kavanagh has shared a touching tribute to his friend, Martyn Hett, who lost his life in the Manchester Arena attack.

On May 22, 2017, a suicide bomber detonated a device after Ariana Grande’s concert at the Manchester Arena – killing 22 people, and injuring over 100.

Three years after the devastating attack, James honoured his friend by sharing a photo of them on his Instagram Story.

James wrote: “3 years gone today & not a single day goes by that I don’t think about how stunning Martyn Hett was.” 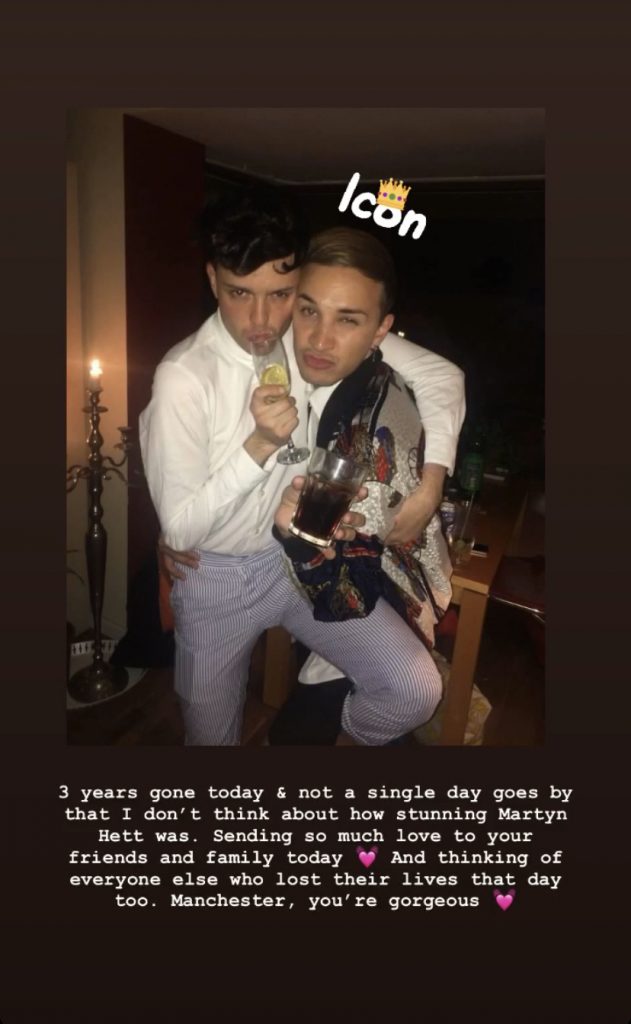 “Sending so much love to your friends and family today ????And thinking of everyone else who lost their lives that day too. Manchester, you’re gorgeous ????,” he added.

Martyn was a huge fan of Mariah Carey, and the songstress posted a touching tribute to him following his tragic death back in 2017.

Posting a picture of Martyn wearing one of her tour t-shirts, Mariah wrote on Instagram, “Devastated to learn that one of the victims in Manchester was part of the #Lambily.”

“RIP Martyn Hett. We will cherish your memory forever. His family and all the families affected are in my thoughts and prayers.”

The 29-year-old was a big fan of the singer, and shared many photographs of Mariah on social media.

The PR manager had even met her in the past, and had the quote, “My life peaked when I met Mariah Carey” in his Twitter bio.