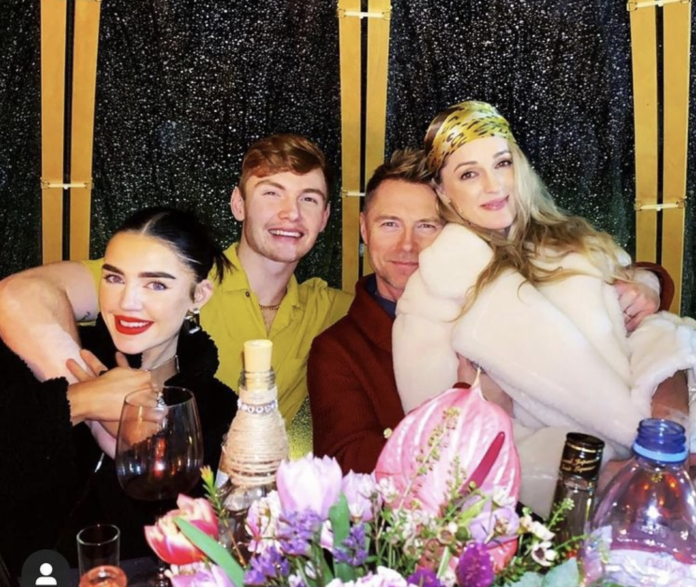 Jack Keating has teased the possibility of a new reality show ‘Keeping Up With The Keatings.’

The son of Boyzone star Ronan Keating and model Yvonne Connolly entered the Love Island villa as a Casa Amor bombshell during the show’s eighth series.

It appears he has now gotten the “bug” for reality TV, as he revealed he would “love” to take part in another, following his stint on the ITV dating show.

Speaking to the Irish Daily Mirror, Jack said: “I’d love to do another reality show. I just have a taste for it now.”

“And after doing Love Island, I feel like I can now conquer anything pretty much. So I’m looking forward to seeing what the future holds and just getting cracking on the next chapter of my life.”

Asked if he would appear on a reality TV show with his famous relatives, the 23-year-old teased: “We will see, we will see.”

“We have all had chats around the dinner table about doing something like that and me and Missy would definitely be up for it. But he might be the tough one to crack, Dad, for sure.”

In an exclusive interview with Goss.ie, Missy also seemed keen on the idea of a reality show based on their family.

“Nothing is off the cards, I definitely wouldn’t say no to that! I think it would be a really great opportunity to show all our different personalities. So maybe one day!”

“We’ve got the best blended family ever and I love it,” she gushed.