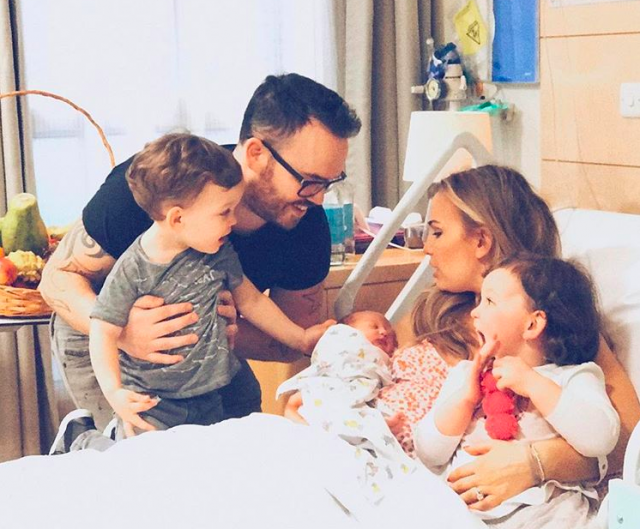 The Irish family of five, with SIX dogs, have announced that they are expecting once again.

The SacconeJolys released a video on Sunday explaining that they are awaiting baby number four, having just had their youngest child last April.

Jonathan is notorious for filming poignant and sometimes dramatic baby reveal videos, and this video was no exception.

The video shows Anna mixing and making pancakes for her family, deliberately numbering each pancake like the number of their children.

Jonathan and Anna have routinely called their babies ‘pancóga’, (which is the Irish for pancake) during their pregnancies, so this little easter egg is nice for returning viewers.

This comes as further great news for the family, as mother Anna suffered a miscarriage in 2016 before falling pregnant again and welcoming their youngest daughter, Alessia into the world.

Anna and Jonathan have three kids; Emilia, Eduardo and Alessia. They originally lived in Cork and moved to London in 2014 to further their Youtube career.

The family have vlogged every day of their lives for almost 7 years, with their following growing exponentially after having their first child, Emilia.

You can check out their poignant pregnancy announcement below: