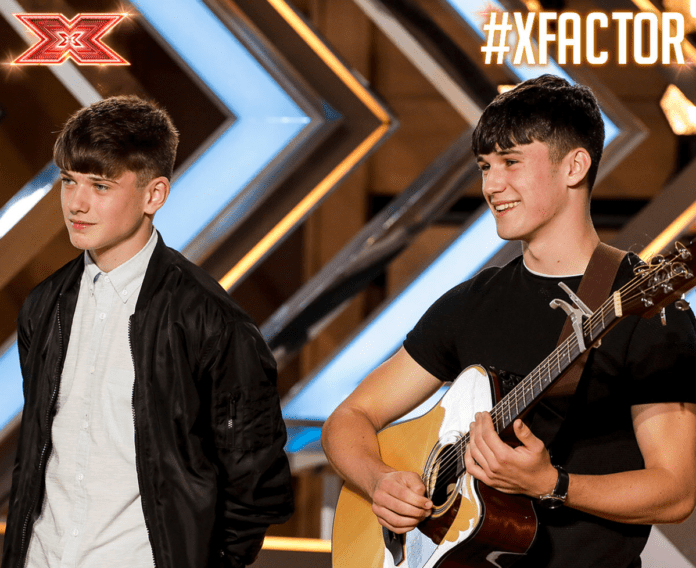 Irish X Factor stars Sean and Conor Price have revealed that they’re “overwhelmed” by the reaction to their audition.

The brothers, who hail from Blessington, impressed the judges with a unique rendition of Jimi Hendrix’s All Along The Watchtower – and they can’t believe the support they’ve received since their audition aired on Saturday night.

Speaking to The Sun, 15-year-old Conor said, “We have been over filming and we’re still in the competition. We’re really excited.”

“We haven’t got a date to go over to Simon’s house yet but we would love to get to the live shows. We watched X Factor growing up as kids.”

Sean, 17, told the judges in Saturday night’s episode, “We have been singing together for three years. Our dream is to sell out arenas and make people happy with our music.”

“We come from a little town outside Dublin, Blessington, and there are a lot of fields and sheep, not a lot of people around but great for us to sing.”

After their performance, music mogul and X Factor boss Simon Cowell said, “It’s probably one of the best auditions we’ve had. I don’t want to change a single thing.”

“If somebody does try to do that, come and talk to me. Every so often, I sit on these auditions and think ‘thank God we find people like you’.”