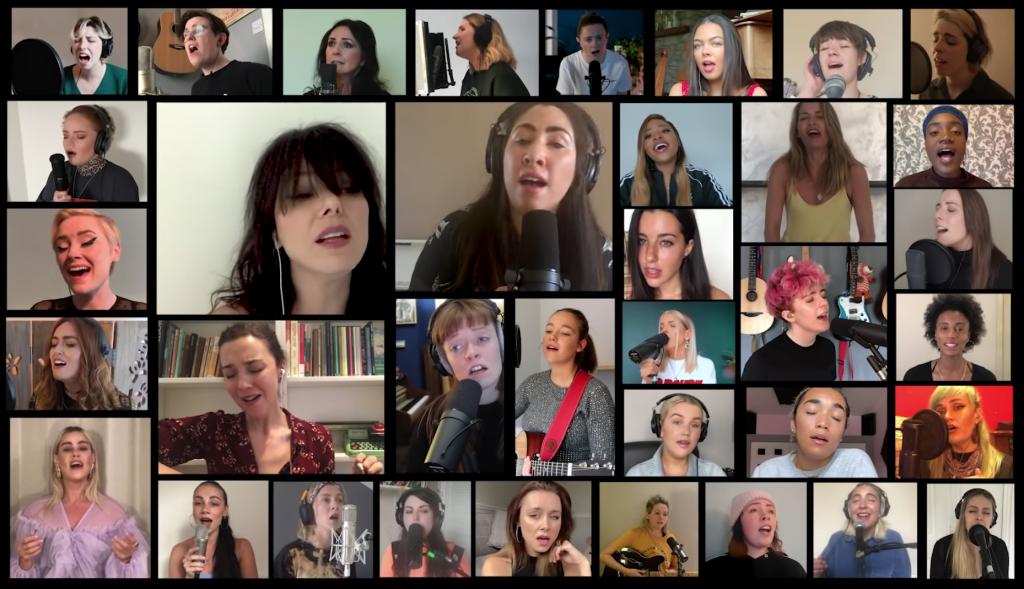 The Irish Women in Harmony have reunited to release a Christmas single, which will raise funds for another worthy charity.

The original song is titled ‘Together at Christmas’, and all proceeds from sales will go to the Irish Society for the Prevention of Cruelty to Children (ISPCC).

The group is made up of incredible Irish singers – including RuthAnne Cunningham, Lyra, Erica Cody, Fia Moon, Una Healy, Aimee, and many more.

Delighted to announce our new original Christmas single ‘Together at Christmas’ is out this Thurs Nov 19th supporting @ISPCCChildline to donate 4 euro txt CHILDHOOD to 50300 #nevergiveuponachildever #iwihXmas can’t wait for you all to hear it 💚💚💚💚 pic.twitter.com/waHmkQqSkd

The Irish Women in Harmony were formed earlier this year, during the first coronavirus lockdown.

A host of Irish female artists came together to perform a cover of The Cranberries song Dreams – which helped raise vital funds for Safe Ireland, the leading national organisation responding to domestic violence.

During their appearance on The Late Late Show in September, RuthAnne revealed their plans to release an album later this year.

She told host Ryan Tubridy: “We’re making an album. This is not the end for the Irish Women in Harmony.”

“So we just want to thank the Irish public for embracing it this summer. It gave us all a lift. We hoped that we helped people out there.”

“Hopefully we’ll be able to be in studios. We’re working on a plan right now where we can maybe have a few of us in studio, socially-distant.”

“There’ll be some originals on it. As Moya [Brennan] says, there’s amazing songwriting, and the girls are playing me their songs. And we need the songs to be heard.”

“And there’ll be a few more covers, from Irish women… perhaps a Christmas single,” she teased.