Irish stars were among the protests who took to the streets of Dublin for the black lives matter movement.

People took to Twitter to share images and videos from the demonstration, which began at The Spire, and headed to the US embassy.

According to organisers over 2,000 people took part: 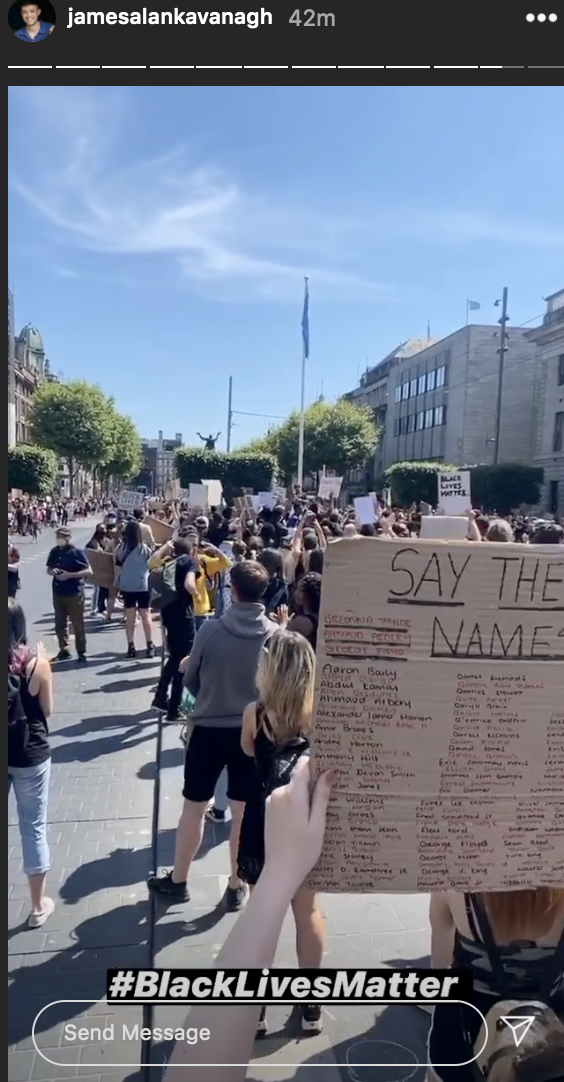 Hundreds gathered at The Spire in Dublin, Ireland, for a #BlackLivesMatter protest in memory of George Floyd. pic.twitter.com/3bmLkt2SZT

Day 2 of the #BlackLivesMatter demonstrations in Dublin and thousands (according to organisers) of people are marching from O’Connell Street to the US Embassy. Crowds are chanting #GeorgeFloyd’s name pic.twitter.com/rRKw5K8MWH

Huge turnout on O’Connell Street for the Dublin Socially Distanced protest in solidarity with the #BlackLivesMatter movement. This is just one part of the street. More people still arriving before we march to the US embassy. pic.twitter.com/3BL7NYE9hg