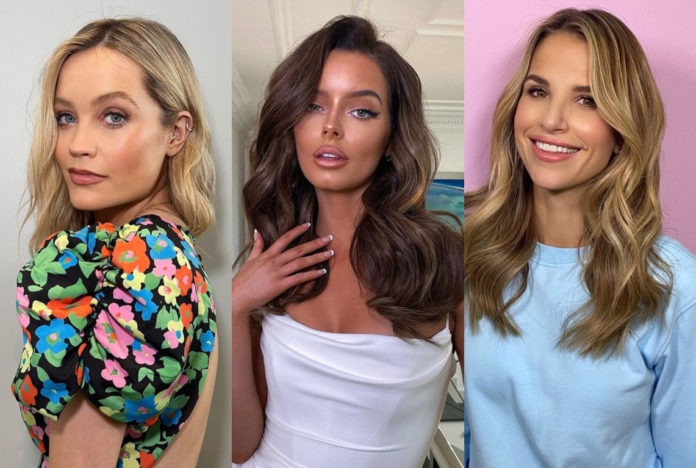 A number of Irish stars have reacted to the murder of Sabina Nessa on social media, as police in the UK appeal for more information surrounding her tragic death.

The Metropolitan police believe the 28-year-old teacher was murdered as she made her way to meet a friend at a pub in southeast London on Friday evening.

It’s understood Sabina was walking through Cator Park at around 8.30pm when she was attacked from behind.

Her name was Sabina Nessa. She was a 28-year-old primary school teacher in Catford, described by the head teacher as “brilliant, kind and dedicated to her pupils.” She was killed walking home mid-evening through the park. #SayHerName https://t.co/b7gFf9j4vD

Her body was found by a member of the public the following day, and police officials are now desperately searching for more information surrounding her death.

A man in his 40s was arrested on suspicion of killing her, but has since been released under further investigation.

Just months after the murder of Sarah Everard in south London, Sabina’s death has once again highlighted the dangers women face on a daily basis, whether they’re walking home from work, or simply popping to the shop.

A host of Irish stars have reacted to the case on Instagram, including Laura Whitmore, Vogue Williams and Maura Higgins – who all live in London. 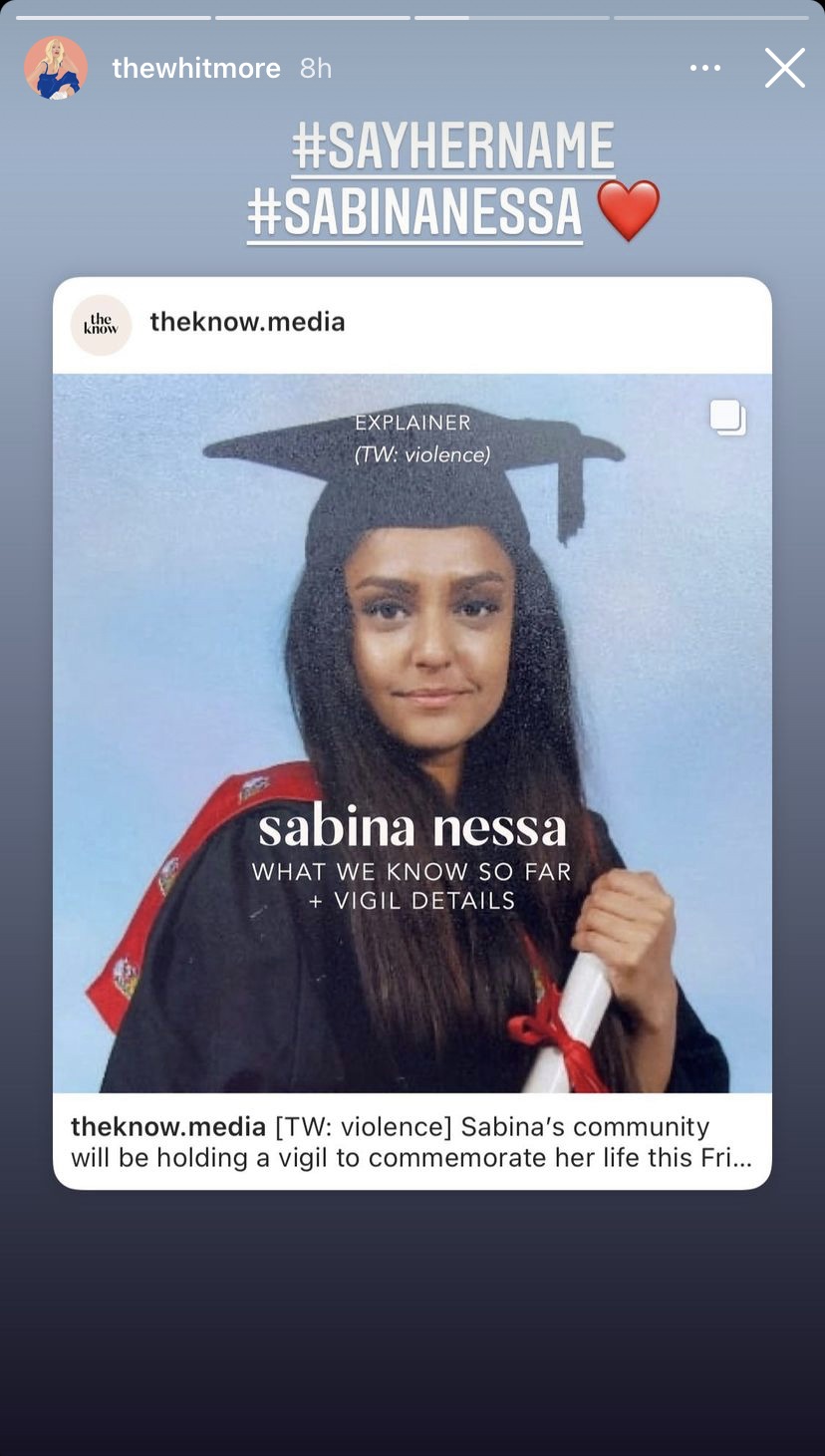 Laura shared a post explaining what happened to the primary school teacher, and how people can report information relating to her death.

Vogue posted a photo of Sabina on her graduation day, alongside the caption: “Sabina Nessa 💔 Just devastating…”

The mother-of-two later shared a post explaining what happened to Sabina, and described the story as “shocking”. 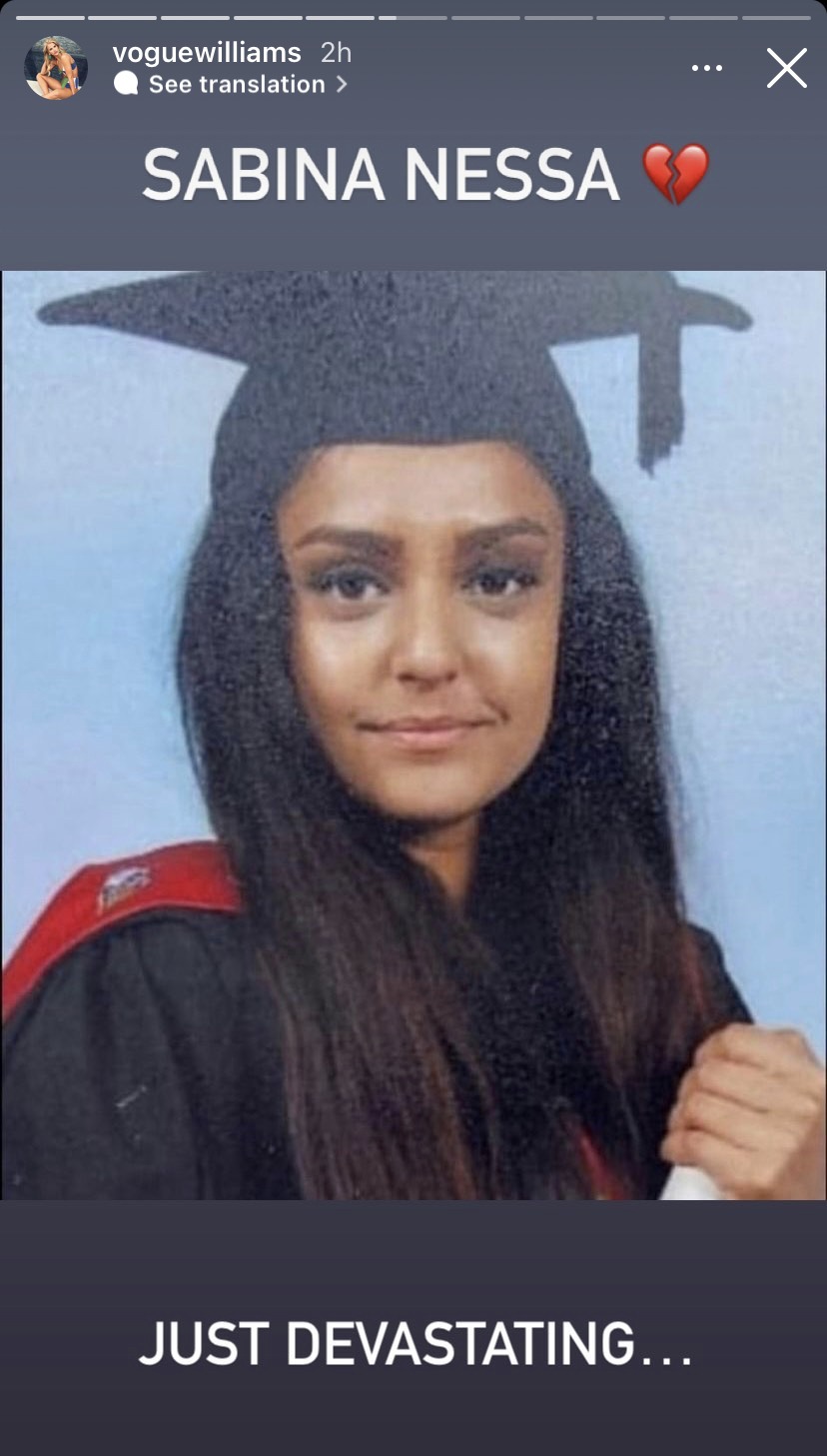 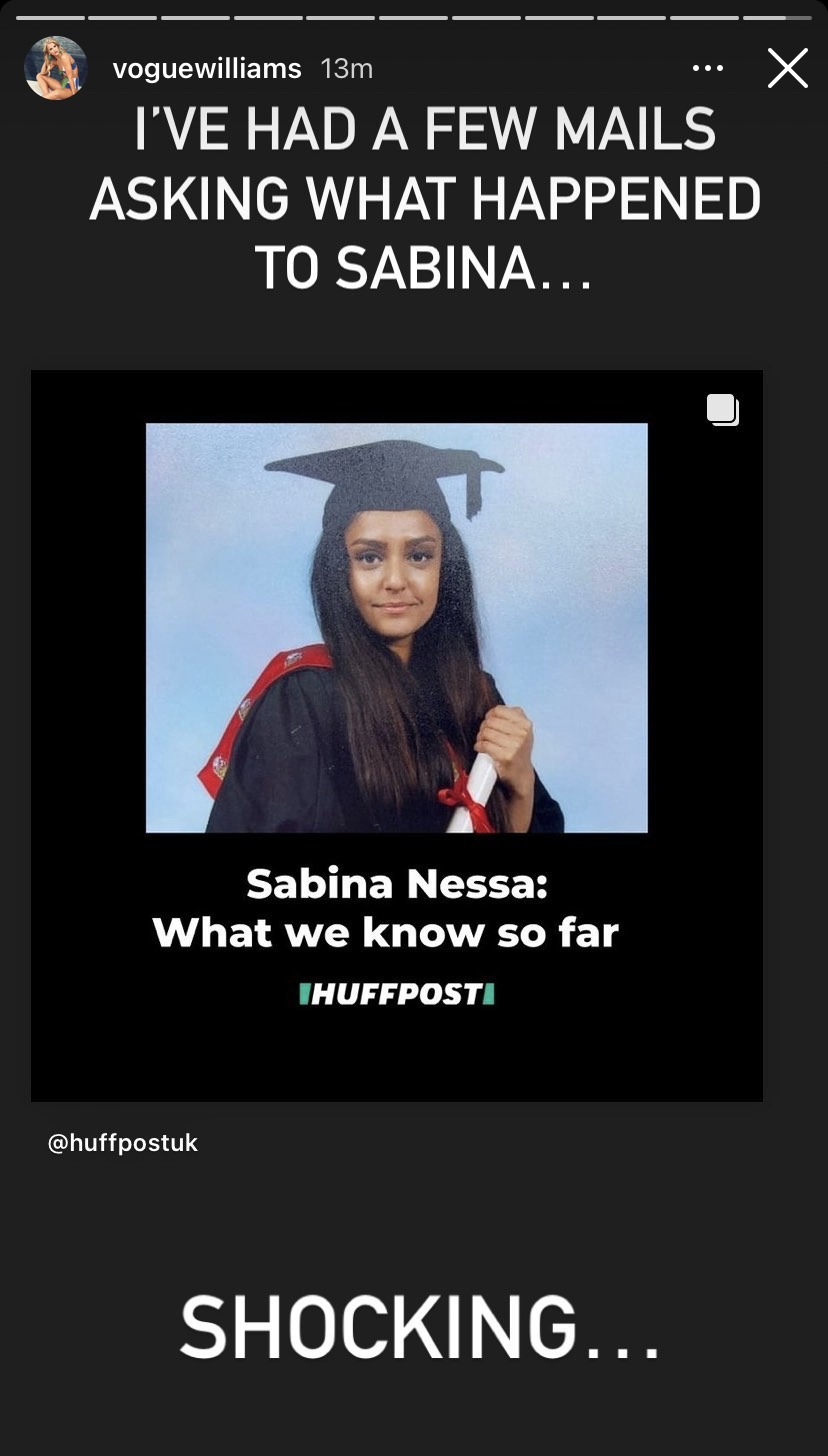 Just last week, the 30-year-old spoke out about street harassment, following a scary incident with a man after the National Television Awards. 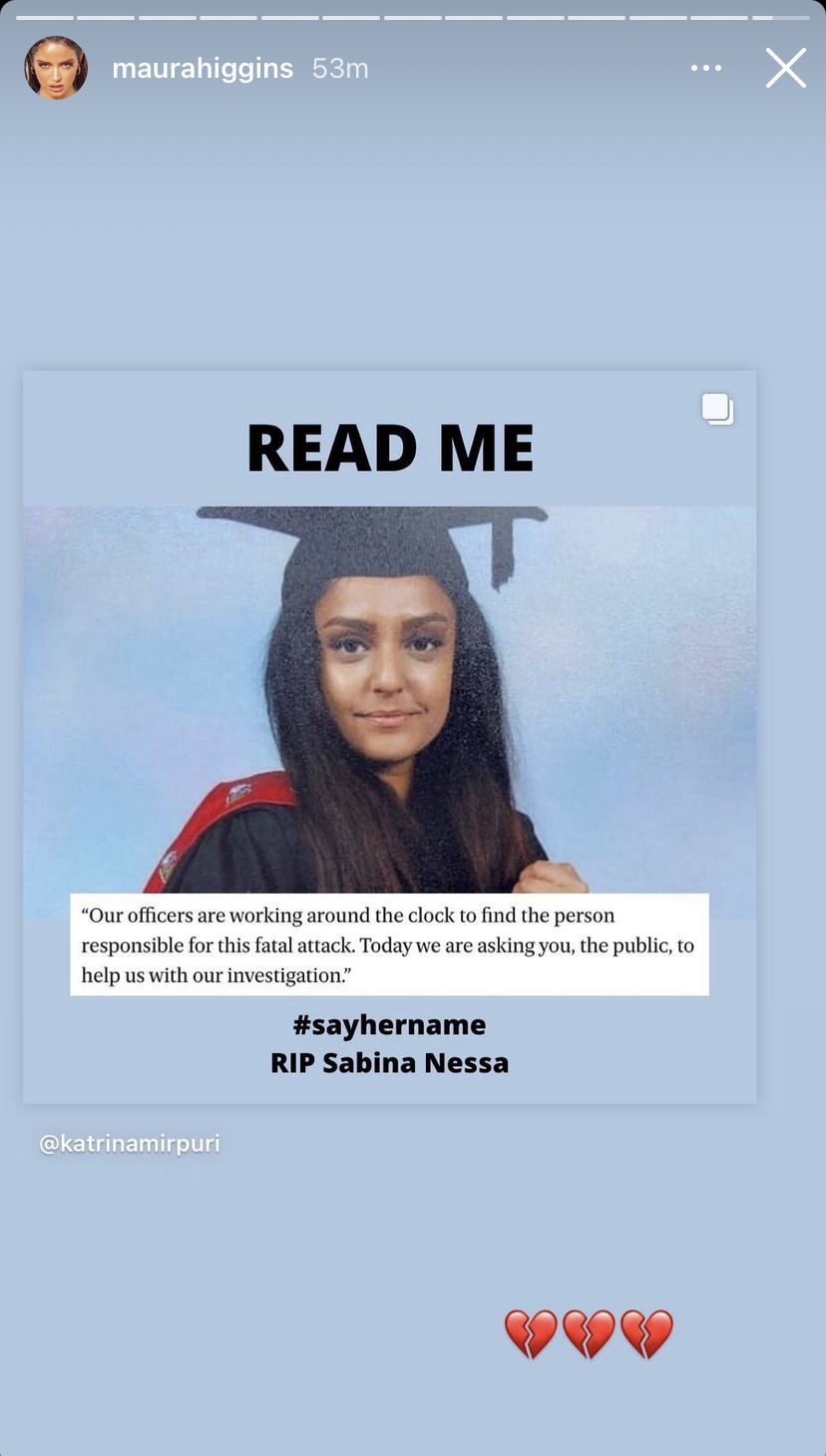