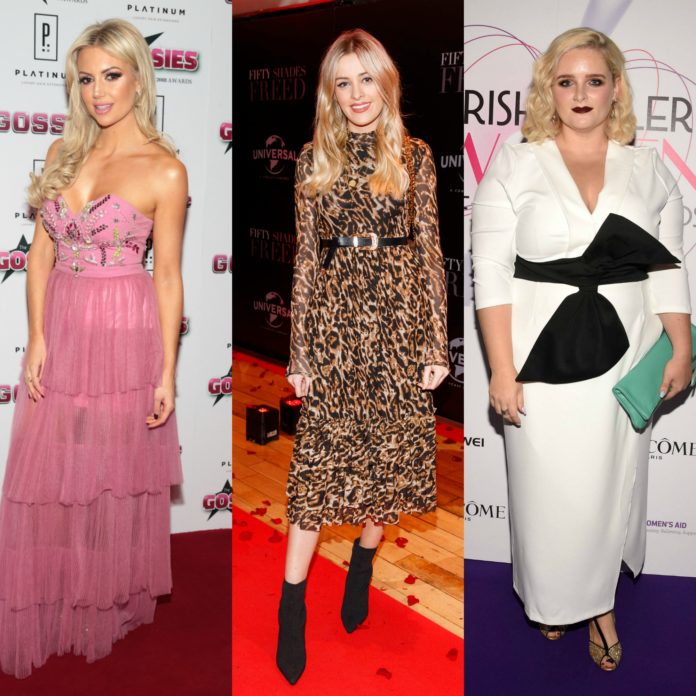 Celebrities have been donating to the Dublin Rape Crisis Centre, and asking others to follow suit, in the wake of the four men accused in the Belfast rape trial being acquitted of all charges.

The case, which had been in court since January, proved deeply upsetting to many victims and has led to the helplines for the service being “very busy” according to a spokesperson.

A representative for the centre addressed the crowds at the #IBelieveHer march on O’Connell Street today and spoke of the struggle they face running their crucial services having been defunded by the government a few years ago.

O’Connell Street is at a stand still for the #IBelieveHer March. Huge turnout.

While many people felt helpless about the way sexual assault victims are treated by judicial systems, a positive step celebrities turned to was donating to the Dublin Rape Crisis Centre.

Vogue Williams, Louise Cooney, Louise McSharry and Rosanna Davison, among others, urged their followers to donate follow them in donating to the important cause.

Donate €2 to Dublin Rape Crisis Centre by texting DRCC to 50300. Text as many times as you want.

Public outrage has been palpable following the result of the trial.

To make a donation to Dublin Rape Crisis Centre, text DRCC to 50300 or donate what you can afford via the DRCC website. 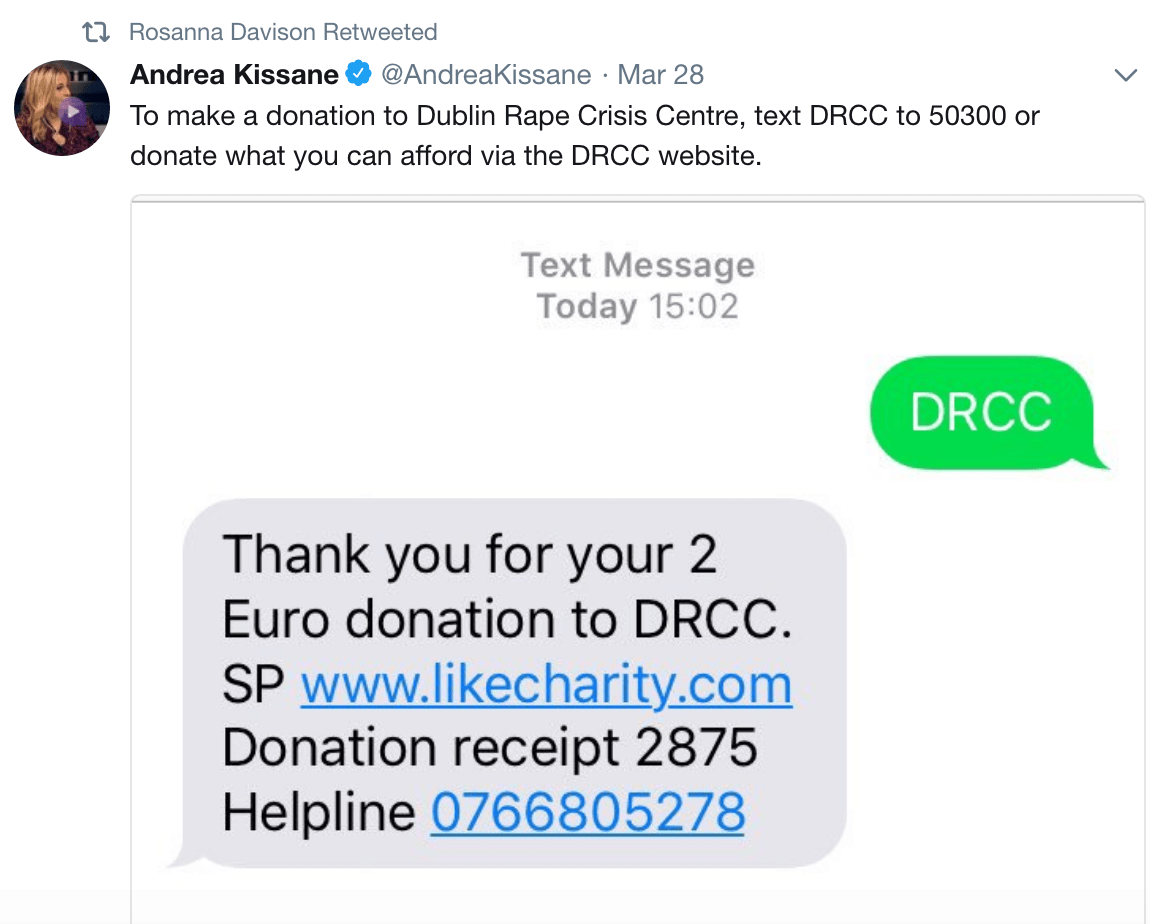 Throughout the case many people felt the victim was being treated like a criminal and not the men who were accused, as the jury were shown her underwear and she was subjected to demeaning lines of questioning.

It is widely feared now that the outcome of the case will prevent other victims from seeking justice.

The Dublin Rape Crisis Centre provides counselling for people who feel they have been retraumatised by the legal proceedings over the last few weeks or feel hopeless in their own quest for justice due to the jury’s ruling. 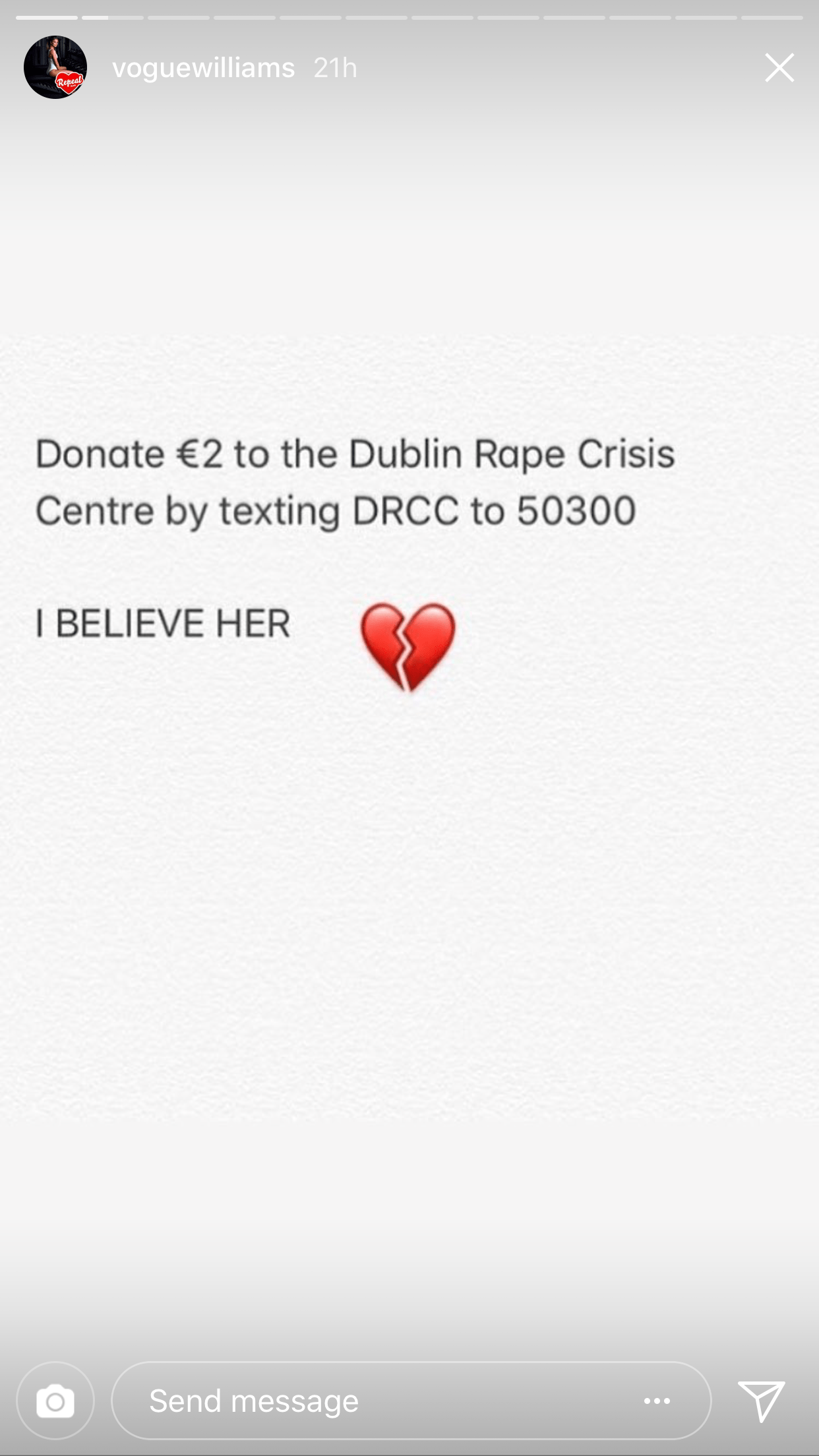 If you have been upset by the subject of this article please call the Dublin Rape Crisis Centre on 1800 777 8888.

Texting DRCC to 50300 will donate €2 to the Dublin Rape Crisis Centre.