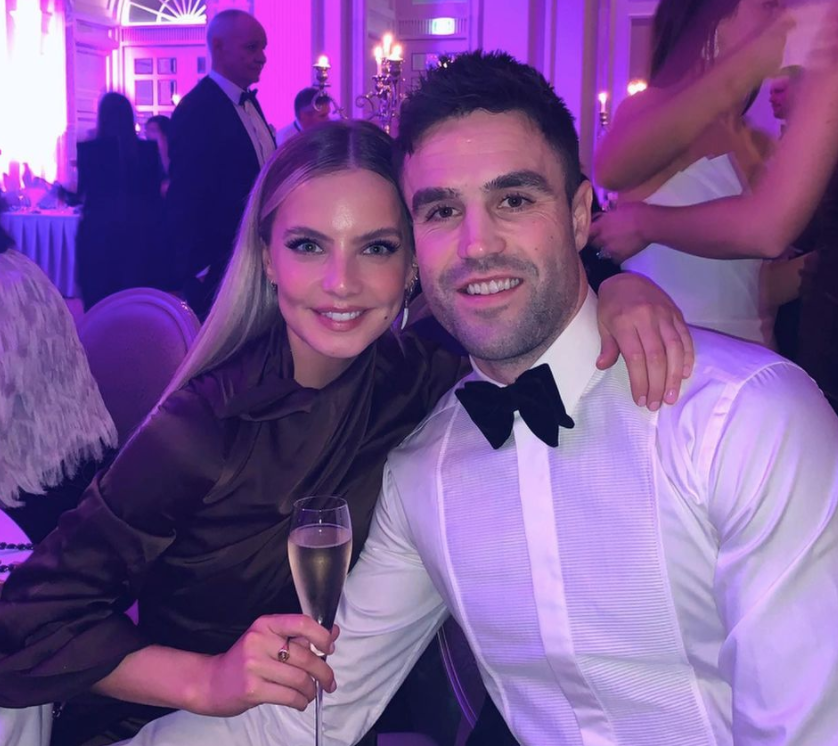 The couple celebrated their third anniversary on Thursday, and Conor shared a sweet posted on Instagram to mark the occasion.

The 31-year-old shared multiple photos of him and his model girlfriend, alongside the caption: “Cheers to 3 of the finest years with you @joannacoops.”

Not long after he shared the post, a comment written by Conor’s teammate Cian Healy set tongue wagging.

The rugby player wrote, “Congrats mate, about time,” alongside a diamond ring emoji.

The couple were then inundated with congratulatory messages, as many assumed that Conor had popped the question.

Another commented: “Congratulations. Every good wish for a fabulous future together.”

The engagement speculation comes just months after Conor and Joanna moved in together during the first coronavirus lockdown.

Speaking to Ray D’Arcy on RTÉ Radio 1 last year, the Limerick native said: “Joanna moved in fully at the start of lockdown, which has been brilliant.”