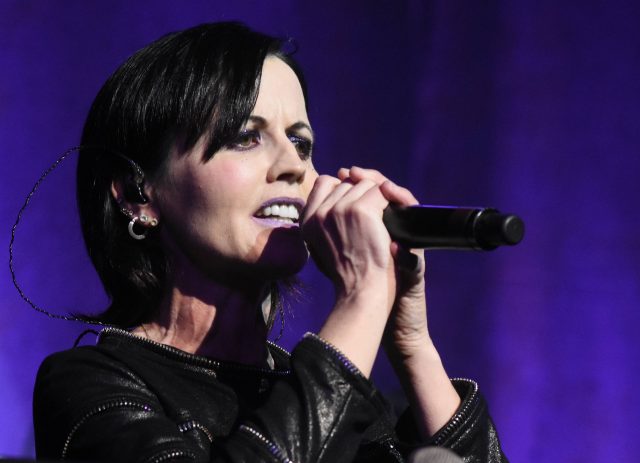 Irish radio stations will pay a special tribute to Dolores O’Riordan today, as she’s laid to rest in her hometown of Ballybricken in Limerick.

The Cranberries lead singer was found dead at a hotel in London last week, and fans of the legendary songstress have been mourning ever since.

To pay tribute to Dolores, all independent radio stations in the country will play The Cranberries’ hit song ‘When You’re Gone’ at midday today.

4FM presenter Nikki Hayes announced the news on Twitter, writing, “I’ve only heard it happen a handful of times. All independent radio stations in Ireland tomorrow at midday will play @The_Cranberries #whenyouregone in respect to @DolORiordan #rip.”

On Sunday, thousands gathered in Limerick to bid farewell to Dolores at St Joseph’s Church.

Her funeral mass will take place on Tuesday morning in St Ailbe’s Church, and a private family burial will follow the mass.

Dolores will be laid to rest beside her father Terry, who died from cancer at the age of 68 in 2011, in the family plot at Caherally Cemetery outside of Ballybricken.

According to the Limerick Leader, her removal service took place in her hometown yesterday, where President Michael D Higgins lead tributes.

“It’s so profoundly sad that someone so young is taken from us, but it’s equally important also to pay tribute to (her) work and music,” he said.