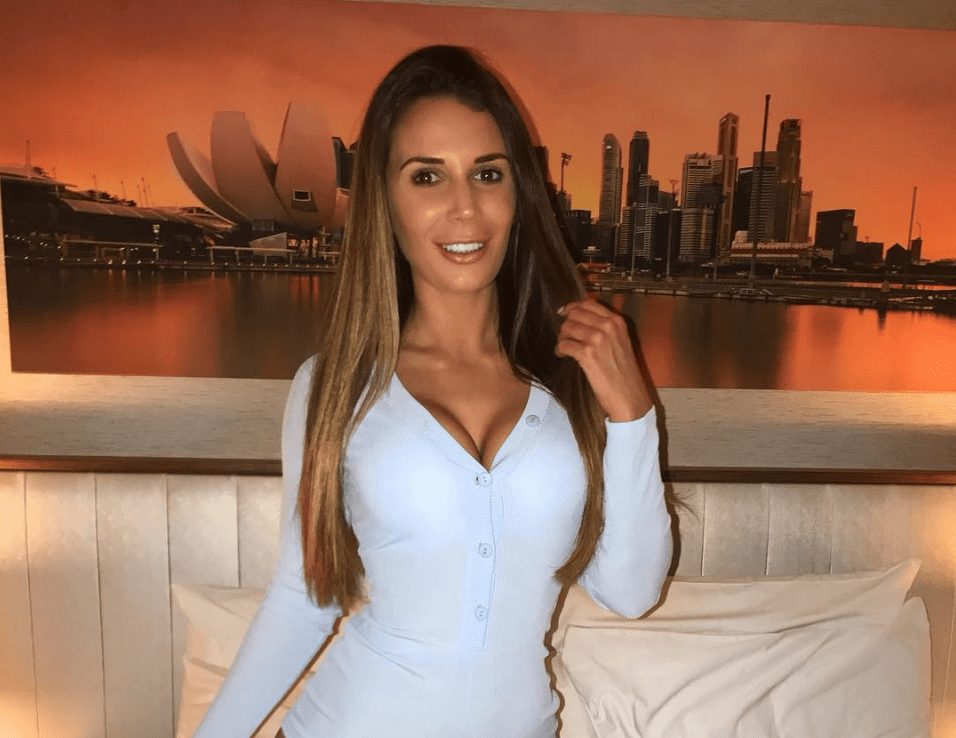 Last night, rumours started circulating on social media that Sarah was set to jet to Mallorca to appear on the popular ITV2 show.

However, after news outlets picked up the story, the fitness model decided to address the rumours on her Instagram story.

Sharing a screenshot from an article that claimed she was set to enter the villa, Sarah wrote, “No idea why so many articles are coming up saying I’m going on Love Island… first I’ve heard of this.” 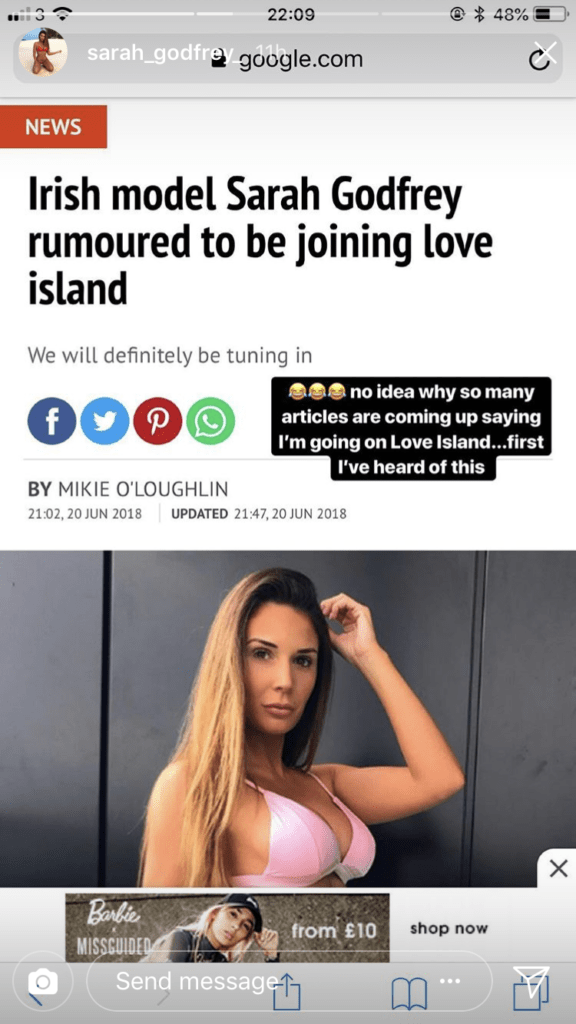 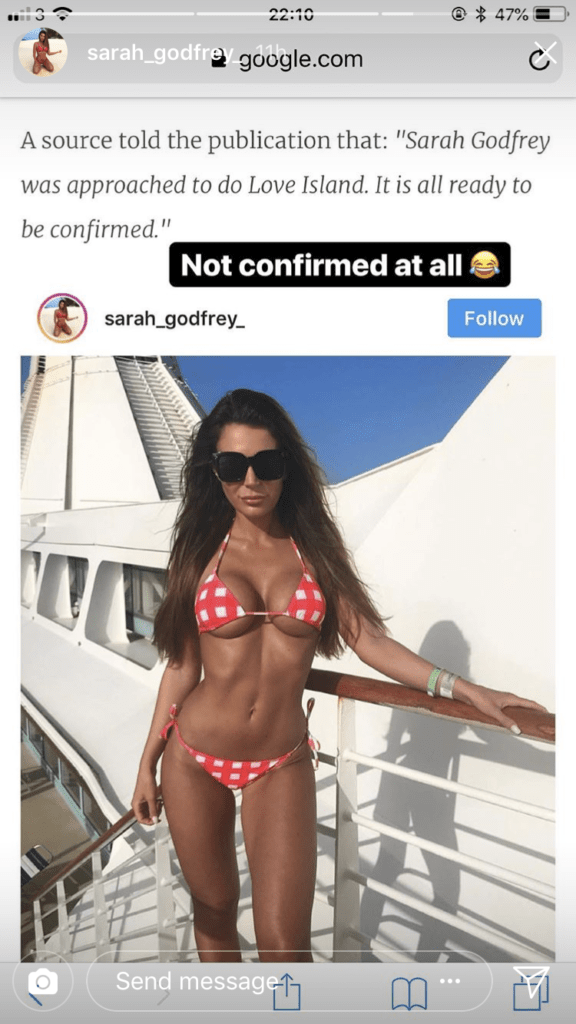 Sarah added, “Not confirmed at all.”

Last year, Sarah’s ex-boyfriend and fellow influencer Rob Lipsett appeared on Love Island, but the fitness fanatic failed to couple up with anyone.

In fact, Goss.ie can reveal that Sarah was approached by Love Island producers last year, but she turned down the opportunity.

Following Rob’s stint on Love Island, the YouTube star reunited with Sarah for a few months, before the pair ended things on particularly bad terms earlier this year. 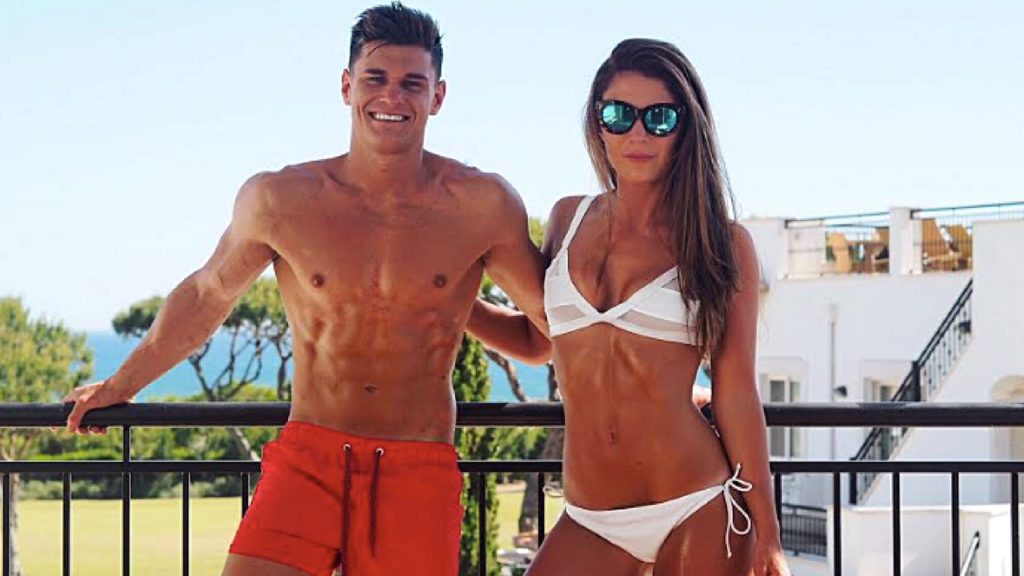 Following their nasty split, Sarah alluded to “danger” in their relationship by releasing a statement in which she said she was “forced” to break up with him because of the “seriousness of the situation”.

However, Rob hit back at the time by releasing a statement to Goss.ie, in which he claimed that Sarah was spreading “malicious rumours and gossip” about him.