Irish influencer Niamh Cullen has shared a throwback snap from when she appeared on Take Me Out back in 2010.

Niamh appeared on the show’s first season back in 2010, and taking to Instagram today, she shared a still from one of the episodes she was in.

She hilariously captioned the post: “Back in my prime.” 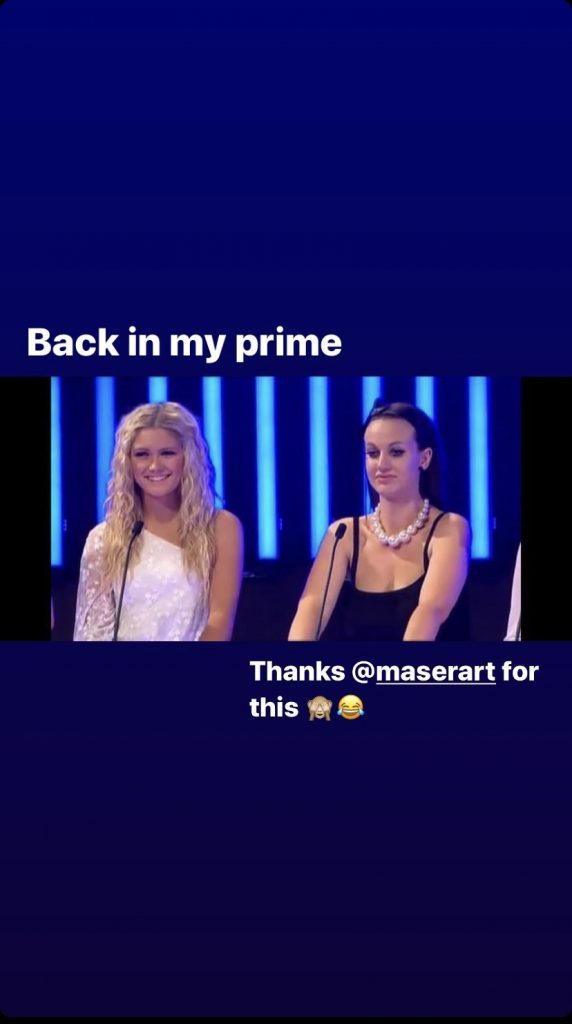 Niamh then thanked Dublin street artist Maser for seemingly sending her the photo.

During her appearance on the show, Niamh told host Ray she was looking for someone “tall, dark and handsome”.

The series saw single men try to impress thirty single women in front of a studio audience at The Helix in Dublin.

The men tried to convince as many women as possible to keep their lights on, so that he can then pick the one that he wishes to take out on a date.

The couples “dates” then took place in faux nightclub called Shifters, and afterwards they were interviewed about how their date went, and asked whether they would go out again.

The series was hugely popular when it first aired in 2010, but it was eventually axed due to plummeting ratings.