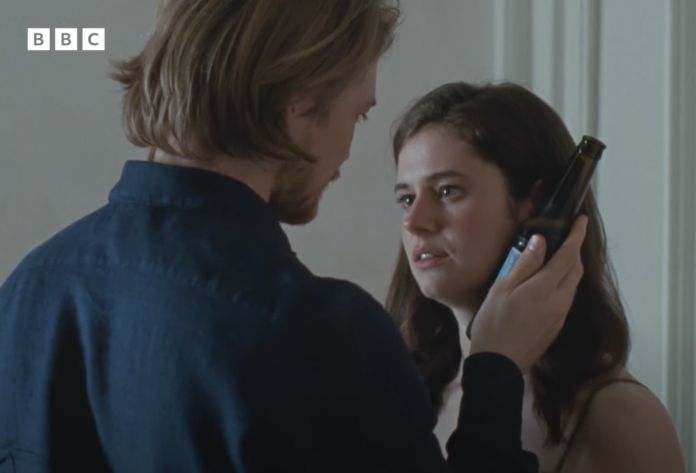 Alison Oliver has revealed her parents were surprisingly chill when they found out she landed the lead role in Hulu’s steamy new show Conversations With Friends.

The Cork native plays Frances in the series, a 21-year-old college student navigating a series of relationships that force her to confront her own vulnerabilities for the first time.

Her character embarks on an intense, secret affair with Joe Alwyn’s character Nick in the 12-part series, which premieres on RTÉ on Wednesday, May 18.

In an interview with E! News, Alison was asked whether she had to warn her family about her sex scenes in the show.

The Irish actress replied: “I was actually lucky because my parents watched Normal People and absolutely loved it and thought it was amazing.”

“So when I told them that I was doing this, they were like, ‘Great!’ They were actually really fine about it. So I think I was quite lucky in that sense because I didn’t have to break it to anyone.”

Conversations With Friends is based on Sally Rooney’s debut novel, which came out in 2017.

Speaking to Us Weekly earlier this week, Alison said “it was great” working with an intimacy coordinator to film the sex scenes with Joe.

She explained: “[Ita O’Brien] has a really brilliant system that she kind of goes through with you when you’re approaching those scenes.”

“She’ll kind of go through the text with you in-depth and it’ll always feel like those scenes are there as extensions of dialogue and that it’s there to kind of continue the storytelling rather than anything kind of gratuitous or just kind of thrown in. She really puts you at ease and she kind of starts to talk about what shapes you want to make to tell the story.”

Alison continued: “She does all the kind of embarrassing stuff by getting on the floor and trying different things out. And then you just kind of copy her.”

““I think through that amount of rehearsal and kind of talking about it and trusting the person that you’re acting with and all the people around you, you can really come to those scenes and feel kind of secure and safe. And that you’re able to kind of really think about the storytelling rather than anything else.”

RTÉ will air Conversations with Friends over six weeks, with two episodes each Wednesday night, from May 18 on RTÉ One and RTÉ Player.