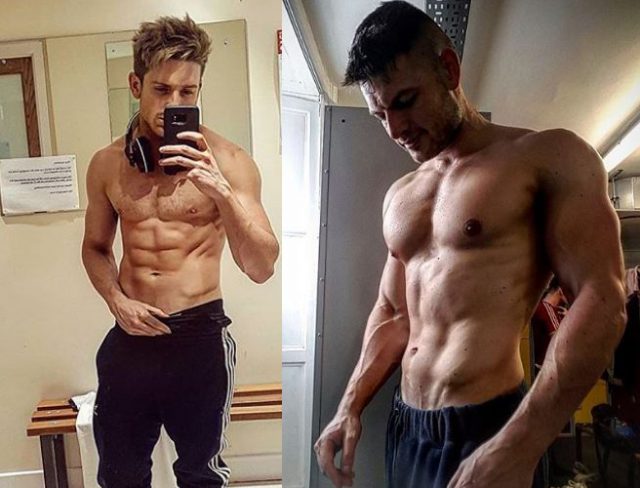 The gym generation isn’t a phase and is going from strength to strength, literally.

Media jobs come with a lot of perks including free food, drinks and parties. Car insurance is even way higher for people in the industry due to the wild reputation people who work in it have gained.

However, a new generation muscly media men in Ireland are shaking that stereotype and swapping bars for barbells.

These top three busy broadcasters tell us how to stay in shape even when we’re short on time.

Morning!! ???? Annoying update on how February is going on a plant based/vegan diet.. Im back up to 90kg, bodyfat is up but doesn’t bother me as I have so much energy..I am missing chocolate and cheese so much though, not going to lie! Fair play to anyone who does this day in, day out. It has been harder than I thought to be honest. I’ll see now how my body/mind is in 2 weeks ????.. #IrishFitFam #Gym #Exercise

Doireann Garrihy’s other half on Spin1038’s Zoo Crew has gone public with his gym life over the last few months.

The longtime vegetarian is currently giving veganism a go and as is evident from his photos, busting the protein deficiency myths that surround both diets.

The 28 year old is a successful presenter and DJ.

He makes up one half of Konmak and Marty, who got signed to Sony last year.

Spilling his secrets on how he stays in shape while being so busy he told Goss 24 hour gyms have been a big help.

“Being on the road constantly means a load of on the go meals!”

“I’m lucky to enjoy the gym and with more 24hr gyms out there I always find time to squeeze in a quick session.”

“Even if it’s just walking in and using the treadmill for 20mins.”

Flyefit signed him on as a brand ambassador this month so we’ve no doubt we’ll be seeing plenty more sweaty selfies on his bodybuilding journey.

middle age leaving cert student seeking human. apply below. (really tho first time I’ve ever started working out for myself rather than seeking approval of anyone else. people were asking diet/plan last week. i just started eating more tbh and training regularly, three days a week, 20mins intense. 18% to 7.8% body fat in 6 weeks. put on 5kg. honestly anything is achievable, the hardest part is starting. i don’t even feel like I worked hard)

Stephen Byrne stunned his followers this morning when he revealed a snap of a body he’s been secretly sculpting.

The RTE presenter is currently sitting his Leaving Cert (Yeah, you read that right!) for an upcoming documentary.

As well that he’s keeping up his radio show on 2fm and interviews movie stars in London every other day so that’s our “I just don’t have the time” excuse out the window!

In the caption for his first six pack showing selfie, he said “the hardest part is starting.”

Speaking to Goss he praised exercise for the amazing mental health benefits it gives him.

“Good diet is key. And don’t be so hard on yourself.”

“I work out for my mental health tbh.”

“I wouldn’t be able to maintain working the way I do without an outlet like it.”

“It stopped me having panic attacks.”

Newly forthcoming about his #FitFam life, we’ll be watching this space.

No list of buff broadcasters would be complete without out Bodyfirst Nutrition owner, Ray Shah.

You’ll see less of the shirtless selfies on this family man’s social but the iRadio presenter, DJ and event MC, has been a big advocate of healthy living for a long time.

The sneaky bicep tense in the photo above, coupled with the serious pump post chest work out he’s rocking below, show that this man practices what he preaches.

He told Goss he credited meal prep with keeping him in shape even when his schedule is chaotic.

“Tupperware is your best friend when trying to stay in shape.”

“Prep your meals that morning or evening before.”

“That way, you’re still eating well while on the go and not tucking into crap.”