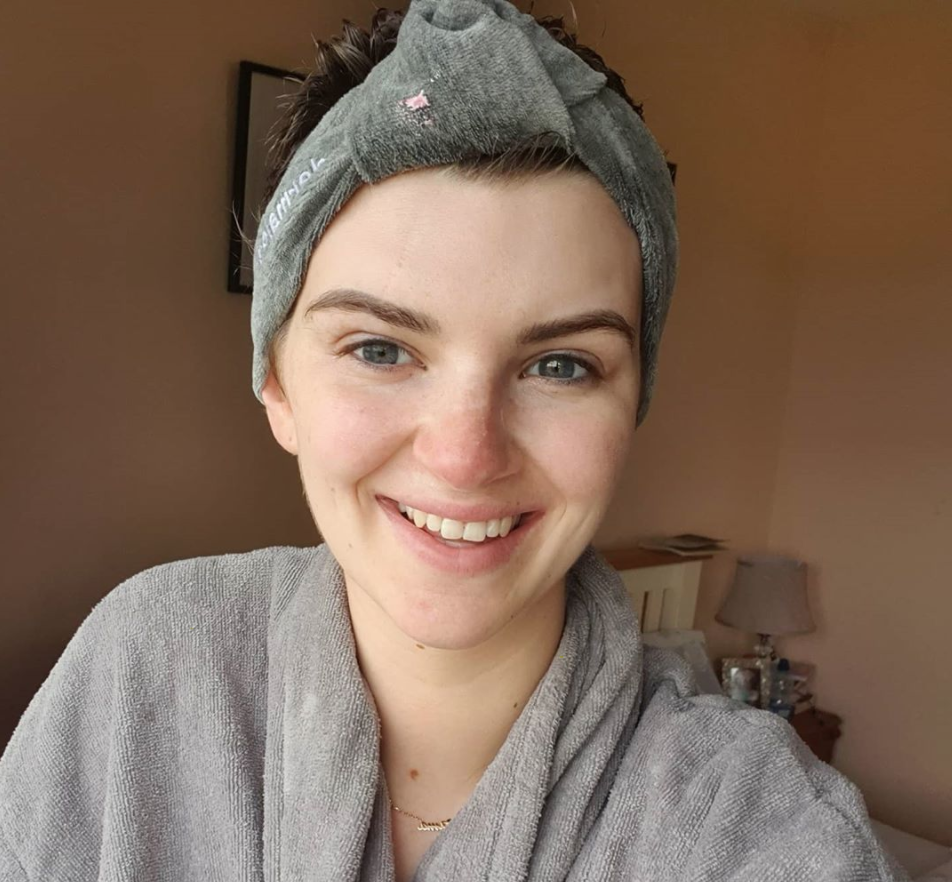 Influencers have rushed to share their support for Shannen Joyce, after the two-time cancer survivor was left devastated by an online troll.

The mother-of-one, who has over 60k followers on Instagram, uses her platform to raise awareness of cancer – following her battle with Non-Hodgkin’s lymphoma.

Taking to Instagram on Monday, Shannen broke down in tears after receiving three baby vests in the post.

Shannen believes they were sent to mock the fact that she’s infertile, as a result of her cancer treatment. 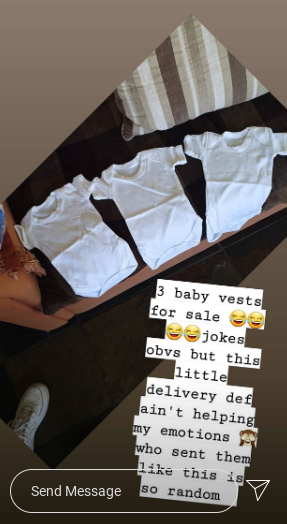 After sharing a photo of the three baby vests, Shannen questioned who sent them, and said the package definitely wasn’t helping her emotions.

Through tears, Shannen then explained that she received a nasty message from a fake account saying, “Enjoy them but it’s a shame you’ll never get to use them.”

She said: “There’s an awful lot of trolling going on the last couple of weeks. I don’t know where it’s coming from, is it people bored in lockdown? But sending someone who’s infertile baby grows… that’s scarily psychotic.”

“I’m broken. It’s really really hurt me…I don’t know what I’ve done to people, I set up this page to try help people and raise awareness for cancer in young people and then this happens.”

“The person that did it knew I was going to be upset, I couldn’t pretend that I wasn’t,” she continued.

“I am in shock. I’m shocked at that kind of behaviour… I’m going to have a break for a few days.”

She later posted the effect trolling has on a person’s mental health.

“I feel I’ve lost all hope with the world. I’m only off the phone from Arc, took the first step to getting some help with my mental health and then this,” she wrote. 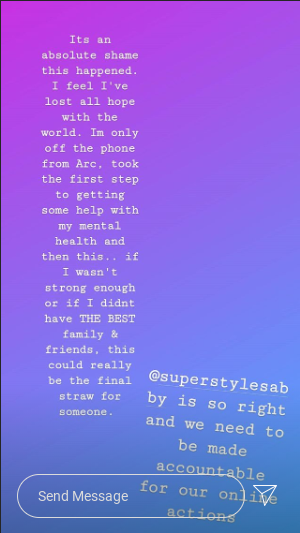 “If I wasn’t strong enough or if I didn’t have THE BEST family and friends, this could really be the final straw for someone.”

“We need to be made accountable for our online actions,” she added.

In another post, Shannen wrote: “I really did not want to believe someone hates me that much that they went to so much trouble to hurt me…”

“This was malicious. This was intentional and this was not a nice thing to do.” 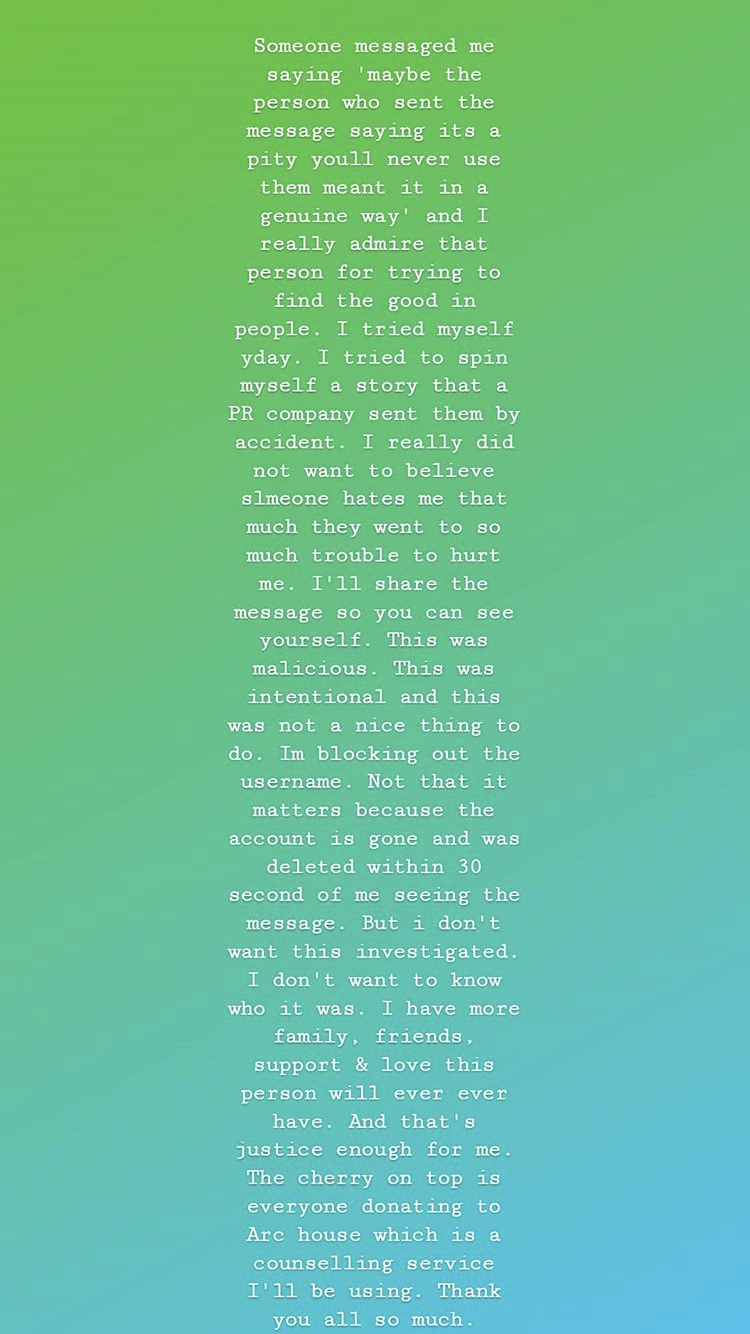 Shannen then shared a screenshot of the message she received from the fake account, which has since been deleted.

Shannen wrote: “What I will say to the person who did this, you are the lowest of the low. You have hurt me, my partner, my parents are extremely upset and God help us if my nanny finds out.”

“To do something so evil to hurt someone, you must not be well. I honestly will pray for you, I’ll even light a candle for you. I truly hope you get the help you need.”

“If I am the only person you like to do this to then you can stop now, if you are targeting others then you need to stop.” 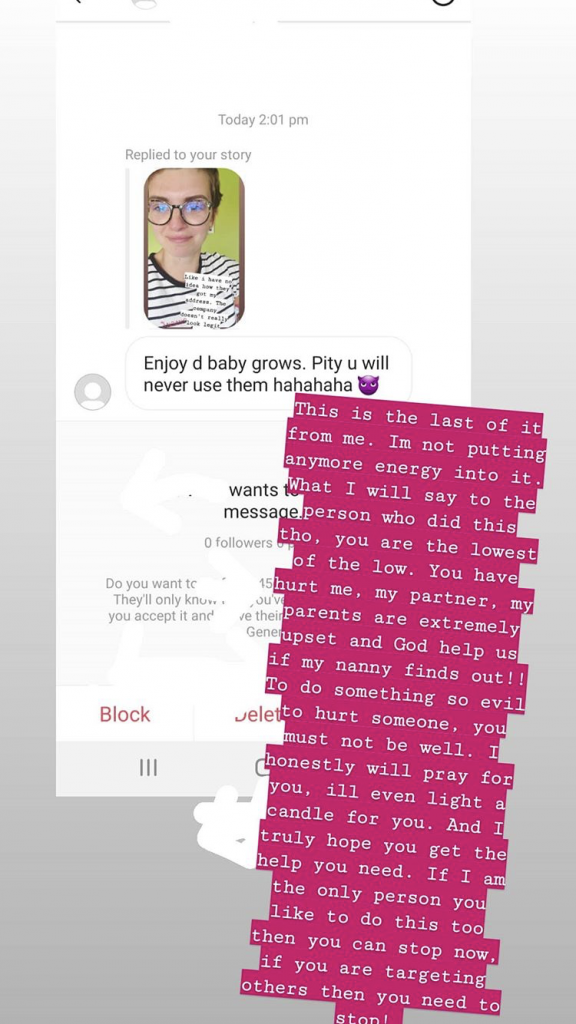 A host of Irish influencers have since rushed to support Shannen, including Michelle Regazzoli-Stone – who was moved to tears by the cruelty.

Speaking on her Instagram Story, Michelle said: “That was the cruelest thing I’ve ever seen. I can’t actually believe the evil in this world right now.”

“Shannen, you’re just the nicest person I’ve ever met. I can’t believe somebody would be that evil, what is wrong with the world?”

“The amount of people in this world struggling to have babies… to send something like that to someone’s house is just so wrong,” she said. 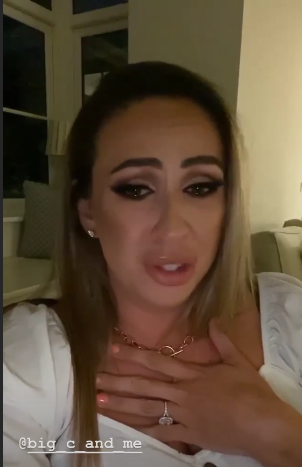 Irish model and influencer Shauna Lindsay also said she was “sick to her stomach” after hearing what happened to Shannen.

“I’m absolutely shook. Seeing so much trolling going on online and I’m literally sick to my stomach. Sending you a big hug @big_c_and_me. Hate that these accounts can get away with thus s***. Disgusting,” Shauna wrote on her Instagram.

TV panelist Sabrina Hill also took to her Instagram Story to respond to the trolling, which left her “flabbergasted, speechless and upset”.

“All this has done is pumped up the support for Shannen and really shown how much we care about this girl because she is a kind person,” she said. 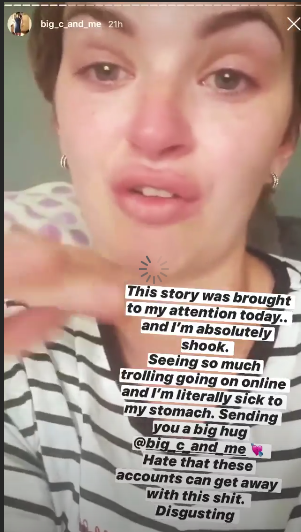 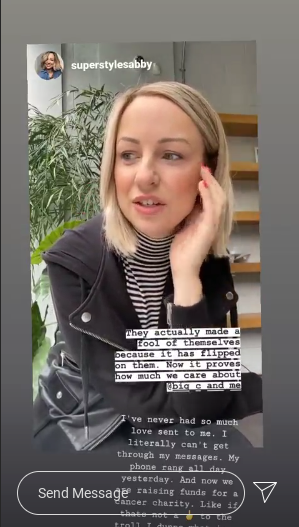 Shannen has said she is “blown away” by the messages of support she has received, and thanked her followers for donating on her behalf to support the Cork ARC Cancer centre.

“Let’s turn today’s negative vibes into more positive vibes,” she shared, “For the price of the 3 baby vests I was sent, send ‘GIFT’ to 50300 & you’re donating €4 to @corkarccancer.”

“I honest to God am so blown away and grateful for you all. I’ve never had so much love sent to me. And now we are raising funds for a cancer charity,” she added.