Hundreds sign petition urging RTÉ to bring back The Den 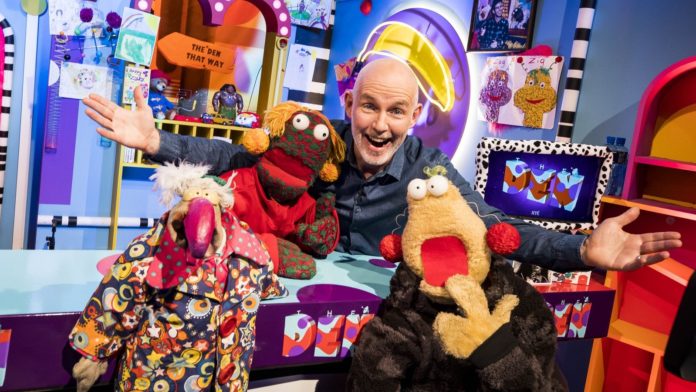 Hundreds of people have signed a petition urging RTÉ to bring back The Den.

The popular programme returned to RTÉ One last November, and viewers loved the wacky antics of Dustin the Turkey, Zig and Zag, and Ray D’Arcy.

At the end of July, Ray confirmed that The Den would be back on RTÉ One in January 2022.

But in a surprising turn of events on Tuesday, Double Z, the creators of Zig and Zag, announced that the show wouldn’t be coming back after all.

Taking to Twitter, they wrote: “We found out from the bosses that #TheDen won’t be coming back after all! Thankz to all the old fans and the new ones for tuning in! We had a blast!”

Fans of the show were outraged by RTÉ’s decision, as the programme was a huge success when it returned to our screens last year.

Well, sad news to report today. We found out from the bosses that #TheDen won’t be coming back after all! Thankz to all the old fans and the new ones for tuning in! We had a blast! pic.twitter.com/q3suLJQg85

A petition urging RTÉ to reconsider their decision has now appeared online, and hundreds of people have already signed it.

The petition was set up by Philip O’Reilly, who addressed RTÉ’s Director General Dee Forbes in the bio.

It reads: “Dear Miss Forbes, I am finding it very difficult to understand the reasoning behind the decision not to bring back The Den for the 2021/22 season on RTE TV.”

“This tv show was not only a fantastic nostalgia throwback for kids of the 80s & 90s but it also introduced then to a whole new generation who thoroughly enjoyed it.”

The petition continues: “This TV show was one of the few reasons we had to laugh during the toughest of lockdowns and dark depressing Sunday evenings.”

“I would appreciate it if you could please revisit your decision as all parties involved seem very upset & confused at this decision and seem really enthusiastic to record another series.”

The news comes after Ray D’Arcy broke his silence on The Den’s cancellation, and admitted he was “disappointed” by RTÉ’s decision.