Hozier has announced a second 3Arena show, due to high demand.

Following his headline performance last Friday at Electric Picnic, Hozier will bring his Wasteland Baby! World Tour home to Dublin’s 3Arena this December for two shows, on the 10th and 11th.

His special guest will be Freya Ridings, who has just released her debut album. 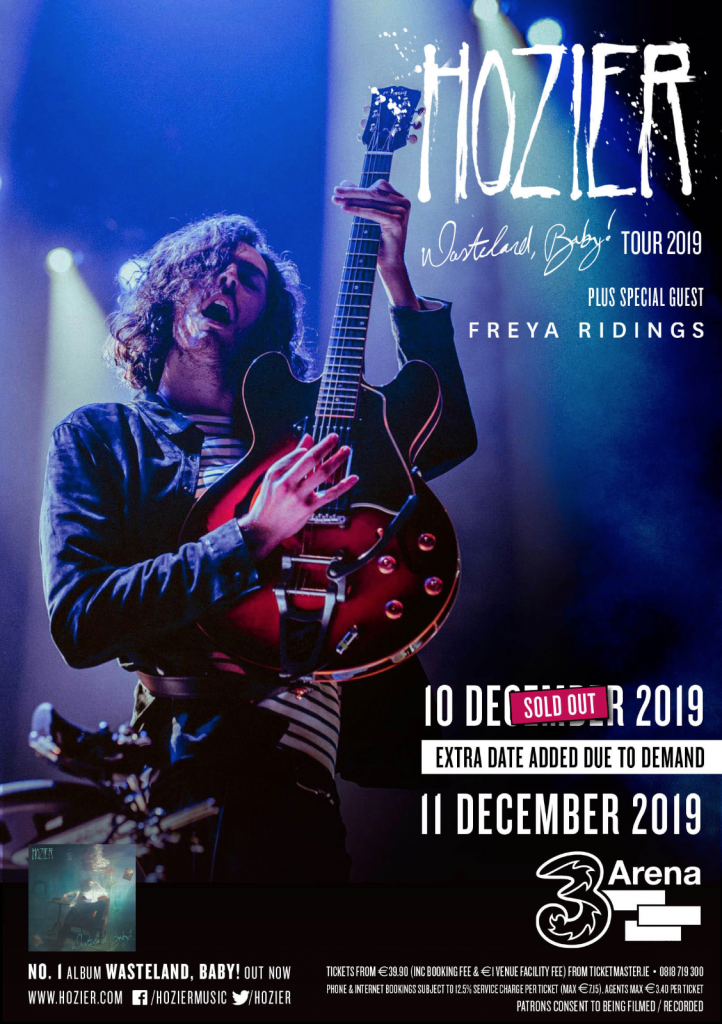 Hozier’s number one, debut studio album ‘Hozier’ was released in October 2014 and includes the multi-Platinum, Grammy-nominated anthem ‘Take Me To Church’, which later won ‘Best Song’ at the 2015 Ivor Novello Awards and has had over one billion streams to date.

Last March, Hozier released his highly anticipated sophomore album Wasteland Baby!, and became the fourth Irish artist to score a No. 1 album in the USA as well as Ireland.

Tickets for his December 11th gig at the 3Arena are priced from €39.90 including booking fee – and are available now on Ticketmaster.