The Wicklow crooner will now bring his Wasteland Baby! World Tour home to Dublin’s 3Arena on the 10th December 2019.

His special guest will be Freya Ridings, who has just released her debut album.

Hozier is currently on a sold-out tour of Europe, USA and Canada, including 5 sold-out shows at London Palladium in October and 5 sold out shows at New York’s Hammerstein Ballroom this November. 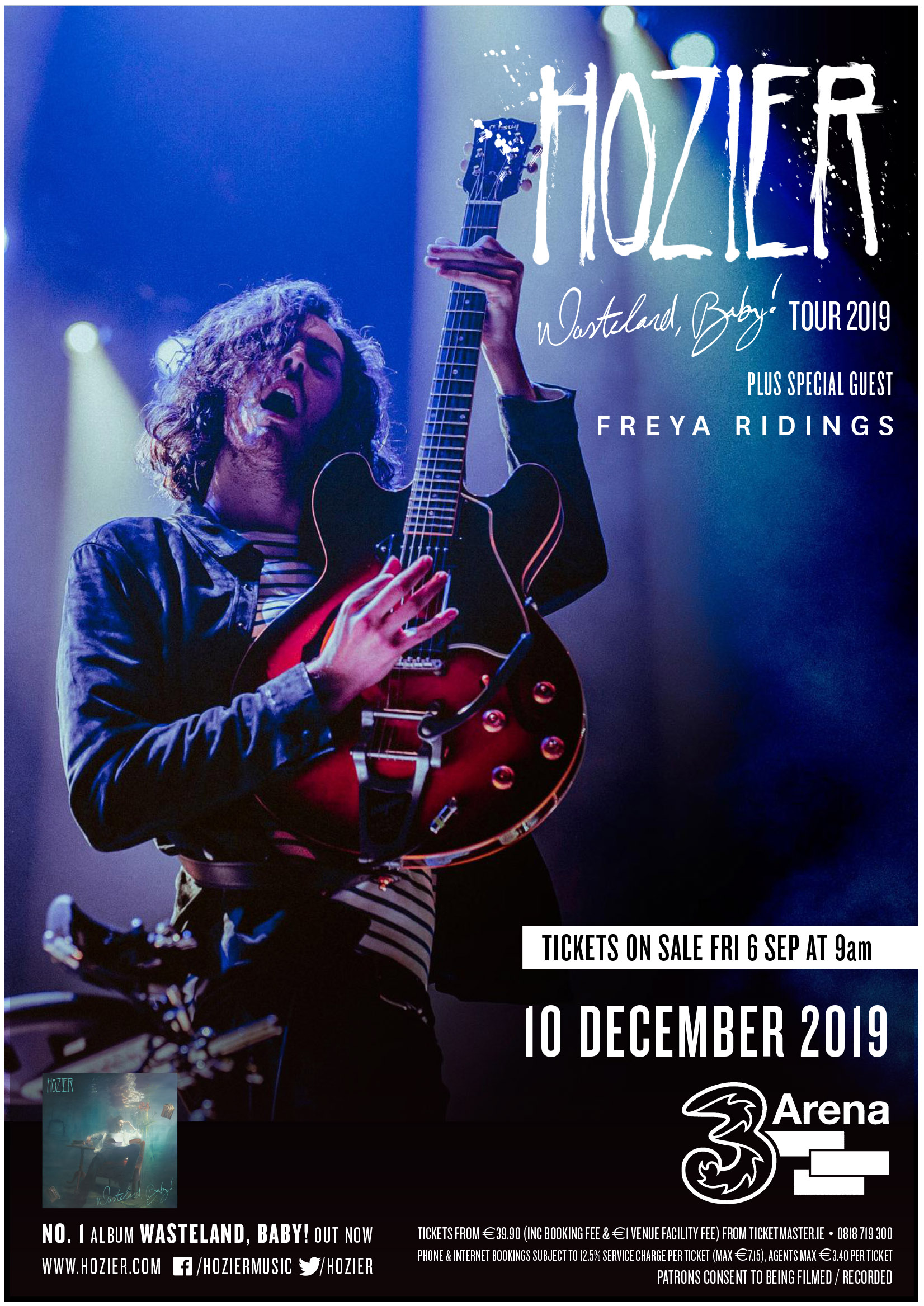 Last March, Hozier released his highly anticipated sophomore album Wasteland Baby!, and became the fourth Irish artist to score a No. 1 album in the USA as well as Ireland.

Tickets from €39.90 including booking fee go on sale this Friday 6th September at 9am.