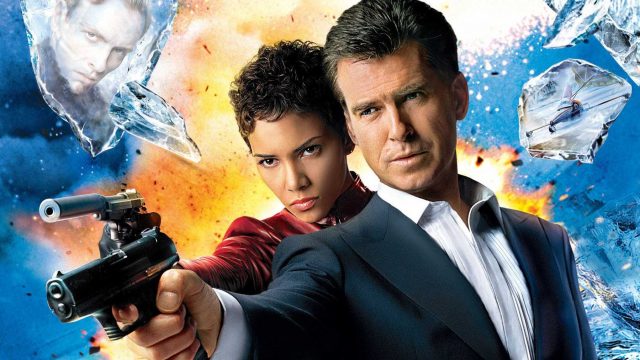 The actress, who played Bond girl Jinx Johnson in the 2002 film, started choking on a fig while they were trying to film a love scene – and Pierce performed the Heimlich manoeuvre on her.

Speaking on The Tonight Show with Jimmy Fallon, she said: “I was supposed to be all sexy, trying to seduce him with a fig.”

“I end up choking on it and he had to get up and do the Heimlich. So not sexy.”

.@halleberry tells the story of when @PierceBrosnan gave her the Heimlich maneuver on the set of “Die Another Day” #FallonAtHome pic.twitter.com/VsQiqQsdcT

Halle added: “James Bond knows how to Heimlich! He was there for me, he will always be one of my favourite people in the whole world.”

The Irish actor played James Bond from 1994 – 2004, and starred in four films as the 007 agent – including Golden Eye, Tomorrow Never Dies, The World Is Not Enough, and Die Another Day.

Daniel Craig then took over the James Bond role in 2005.