Gerald Kean has a new woman in his life 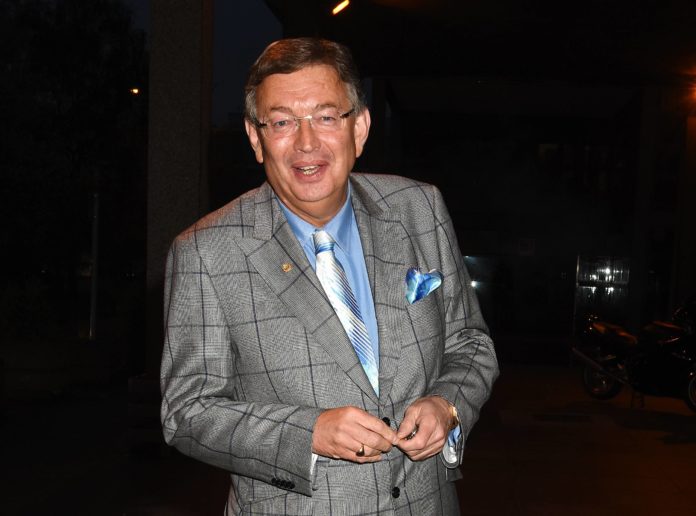 Gerald Kean has a new woman in his life, it has been revealed.

The celebrity solicitor is said to be dating Persian beauty Sonia Valadi, who he was spotted with at the VIP Style Awards earlier this year.

According to RSVP Magazine, Gerald had “no comment” on their relationship status, but said that he is very happy.

The pair have been spotted enjoying each other’s company over the summer at a number of hotspots in Dublin, including the Pearl Brasserie.

Sources say their relationship became serious when Sonia, who he reportedly met six months ago, was spotted with Gerald as he appointed the new honorary consul of Moldova to Ireland last May.

The news comes just weeks after Gerald was forced to deny that he had reunited with his on-off ex-girlfriend Lisa Murphy.

It was reported that the celebrity solicitor and the Dublin Wives star had rekindled their romance after being spotted on a lunch date. However, the 56-year-old rubbished the reports by insisting that the pair are just great pals.

“I can categorically say that Lisa and I are not together, we’re not a couple,” he told Independent.ie.

“We remain friends, we go for drinks and lunch every now and again as we’re on great terms but we’re not in a relationship. I have the utmost respect for Lisa, which is why I have spoken out, but reports that we’re back together are untrue.”

The legal eagle also denied that the pair broke up up to seven times since they first got together in 2006.

“We were together nearly ten years and we only broke up twice during that whole time,” he said.