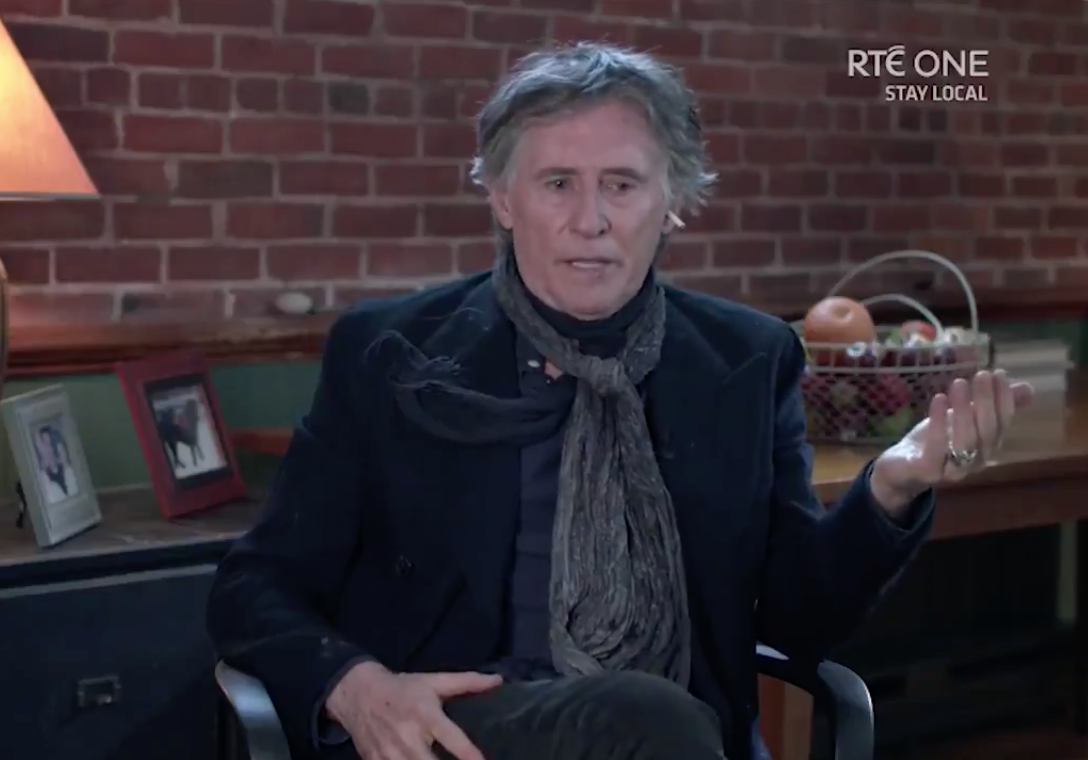 Gabriel Byrne has responded to the controversy surrounding the trailer for Wild Mountain Thyme, which has caused a stir on social media.

The upcoming film, which stars Jamie Dornan, Emily Blunt and Christopher Walken, has been harshly criticised online – after the trailer featured some dodgy Irish accents.

Speaking to Ryan Tubridy on The Late Late show, the actor said: “The thing about it is, I think we all stereotype each other.”

“French people don’t go around with striped jerseys around their necks and Spanish people aren’t continuously up on tables dancing Flamenco.”

“As somebody said, it’s a subgenre of filmmaking that Irish people are foaming at the mouth with literary epilepsy or they are talking to donkeys in fields,” he continued.

“I think a lot of people have a very romanticised idea of who Irish people are and who they are.”

The 70-year-old then recalled how a man once told him he was from Ireland, and said his grandfather was from ‘Co. Edinburgh’.

Gabriel laughed: “And I said ‘Co.Edinburgh. Yes, I know it very well!'”

“This idea that this place exists is not uncommon outside Ireland”

“So we have this idea… and I think it has to do with an understandable feeling of a need for a Shangri-la.”

“A place where troubles evaporate and you can talk to donkeys and this idea that this place exists is not uncommon outside of Ireland,” he explained.

“Irish people are wonderful. They’re friendly, they’re hospitable, the fields are green; but the reality of it is that it’s a developing country with all the problems of a real world.”