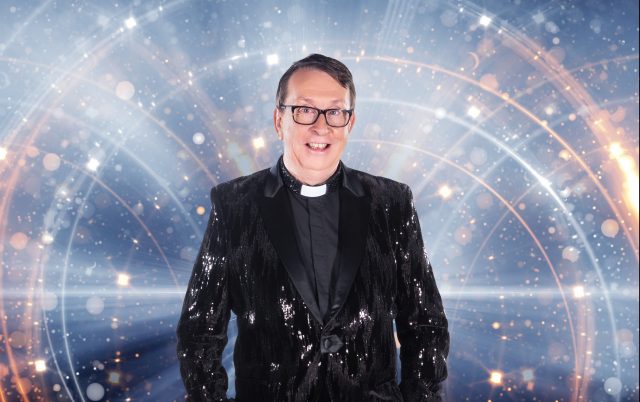 Dancing With The Stars judge Brian Redmond has revealed that Fr Ray Kelly will avoid “lewd” dance routines to avoid getting into trouble with his bishop.

The Catholic priest will hit the dancefloor in January when the show returns to RTÉ.

Rising to fame on Britain’s Got Talent, the holy-man will have to avoid any dance routines that the church may view as controversial.

Speaking with The Sun, Brian said: “The last thing that Fr Ray will want is a rap on the knuckles from his bishop or a rap from a crozier.”

“Nobody will want Fr Ray doing anything on Dancing With The Stars which makes him look lewd. Not the choreographers, not the producers, or the dancers.”

“Those kind of dances are fun and cheeky. There’s lot of dances you can do that don’t have to be racy. Stuff you can have fun with,” he explained.

Brian thinks that dances with “real physical passion” such as the rumba or tango might be difficult for the 66-year-old as they usually involve racy moves.

“As the weeks go on there are different dances, rumbas and tangos which involve real physical ­passion. They could be very difficult for Father Ray.”

“They will have to be very careful to make sure that no dancing goes on beyond what’s acceptable. But they’ve always managed to keep things clean in the past.”

“We’ve had older gentlemen dancing with the younger girls before and it’s something we have been able to do well,” he said before adding, “no one will be pushing Fr Ray into doing anything that makes him feel uncomfortable.”

Dancing With The Stars returns on January 5th at 6.30pm on RTÉ One.