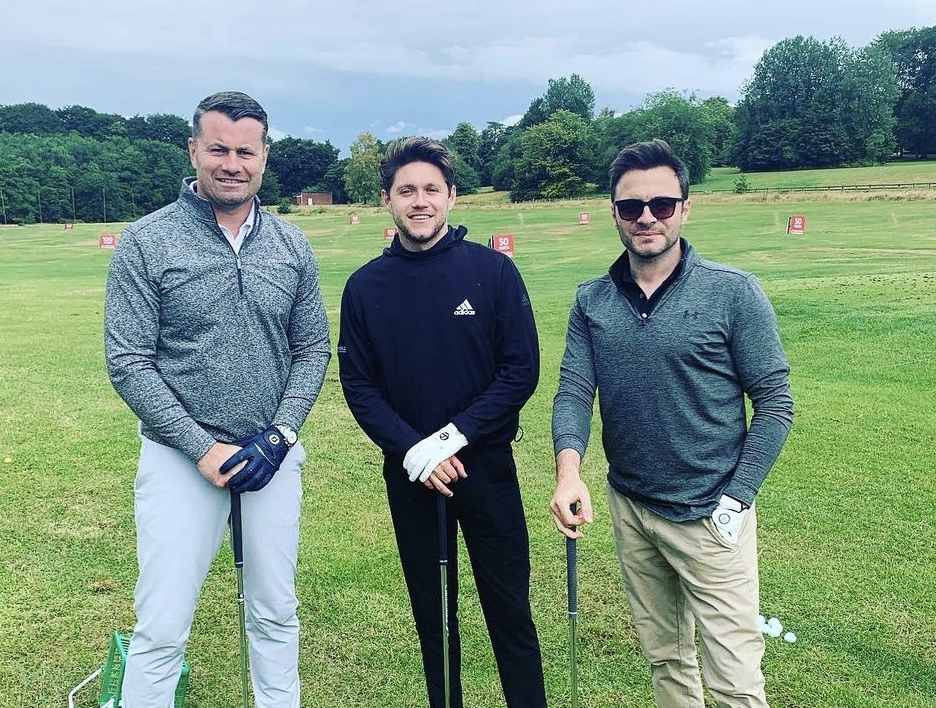 Fans have gone wild over a photo of Niall Horan and Shane Filan enjoying a game of golf together.

The Westlife star visited Galgorm Spa and Golf Resort for the ISPS Handa World Invitational event, which was hosted by the former One Direction singer.

Shane shared a number of pictures from the event, first posing alongside Charley Hull, Gary McDermott and Rob Kearney.

He captioned the post: “Great day out the @world_inv_golf in @galgormresort pro am yesterday hosted by @niallhoran and @modestgolfofficial. Such a great event!”

“Thanks to all involved ..& my playing partners for a great 18 holes & fun 4ball @charley.hull @robkearney & @garymc59.”

The Westlife singer captioned the post: “Next time I’m standing on the hill @no1shaygiven ! 😂 @niallhoran .. Irish boys on tour !⛳️☘️☘️☘️.”

Fans were clearly delighted by the snap of Shane and Niall, and shared their excitement in the comment section.

One fan wrote: “When your Fav artist meets the other artist you love 😭❤❤.”

“Shane and Niall in one picture 😍 this day just get better ❤️,” a third fan wrote.