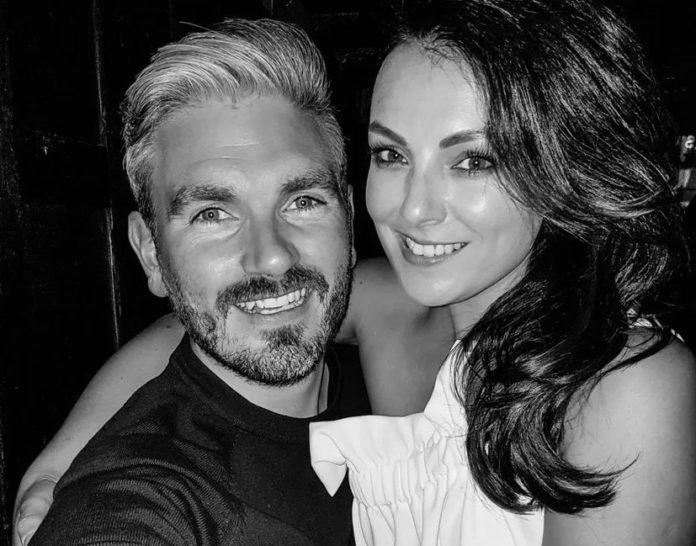 The couple tied-the-knot at the Westbury Hotel, Dublin on Saturday.

The couple got engaged back in June 2021.

Debbie shared the first of their wedding photos, and captioned the stunning black and white snap: “Mr & Mrs O’Sullivan, 13/08/22 ❤️.”

Speaking to Evoke.ie ahead of their wedding, Killian revealed that he met Debbie on set of a music video.

He had been directing, and the VanityX Makeup Academy owner was brought in as a make-up artist on the project.

The couple had a friendship for years before romance blossomed between them, which Killian believes was key to their “successful relationship”.

After a successful round of IVF, Debbie gave birth to their first child, a son named Alex, in January 2022.

Announcing the exciting news at the time, Killian wrote on Instagram: “I’ve been telling her every moment of the day since Alex arrived how proud & awe struck I am at her strength & positivity and how incredible she has been throughout this whole pregnancy.”

“How she’s dealt with the highs & lows over the past 12 months gives me 100% faith & sky high confidence in her now as a mother. She in a natural.”

“And as for my boy..💙 I just can’t stop staring at him. After the year we had, losing my mom – this little miracle is without question the rainbow in my clouds,” Killian continued.

“It fills my heart with such joy watching Debbie with Alex & seeing just how much she loves our little guy.”

“He is perfect – She is perfect – I have to raise my game every single day now to be the best version of myself just to be in their presence.”