Sonya Lennon has revealed the inspiration behind this season’s Lennon Courtney collection.

The fashion designer spoke exclusively to Goss.ie at the launch of the new Audi 191 range: “We’re here to launch the new 191 range. I’m very, very excited and delighted to be continuing to work with Audi. We’ve just had great fun over the last few years.”

Sonya also chatted to us about the new Autumn/Winter Lennon Courtney collection: “It is very celebratory, there’s a lot of texture in it. We have a knitted coat in there, we have a lurex dress, we have a minty-green pyjama trousers and matching camisole. It’s quite party and probably the most party we have ever gone.

“I guess that was just the mood we were in, the celebratory mood we were in when we were developing it. I know already that the collection is going very well online at the moment.”

I love you @brendancourtney 10 yrs of growing learning and trusting each other. Together @lennoncourtney for many more. Thanks @dunnesstores for being with us!

Sonya and Brendan are celebrating ten years of their brand and the designer told us that laughter is the most important thing when working together.

“After ten years not only are we still talking to each other but we’re still having a laugh, that’s at the root of everything. We can go and have a laugh.”

“It’s amazing! There must be four books worth in the ten years that myself and Brendan have spent together. A huge amount of growth and development, building things out of nothing and we’re really, really proud of Lennon Courtney,” she said.

“We’re just looking forward to growing and it is growing at a rate of knots. We know our woman, we know what she wants, she loves what we do and we want to give her more of that.” 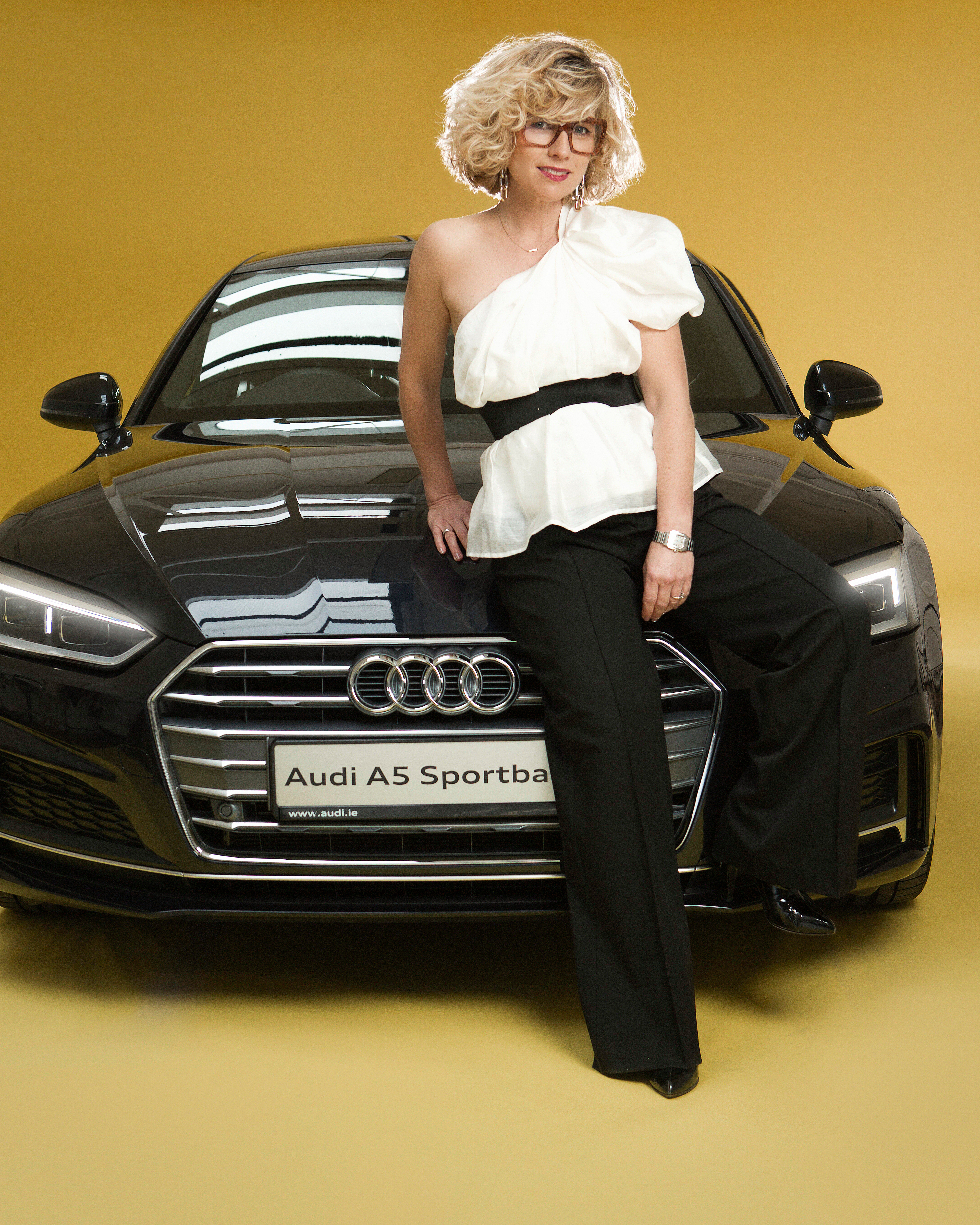 “It’s quite analytic actually, we look at what she responded really well to previously. We integrate and move on so that we can develop so that we can keep giving her newness in a form that she likes.”

“We call ourselves responsive designers and I think that is the only way to design now in today’s world. You’re not designing in some backroom based on some esoteric team that you’ve developed yourself, you’re actually listening to your customer.”

As for Autumn/Winter trends, the brand doesn’t follow typical trends because Sonya and Brendan want to keep their collection unique and true to themselves.

“I find the conversation about trends very interesting because we don’t follow trends at Lennon Courtney at all. We have a sort of aesthetic and a signature that we call our own. We don’t get diverted in a trend rush. So it’s even funny because someone said to us the other day ‘You haven’t done any leopard print and leopard print is everywhere’. To be honest with you that’s a good reason not to do it, we’re not particularly interested,” the designer told us.

“We deliberately don’t subscribe to trends whether that’s for colour or print. We just develop our own aesthetic. That’s the way we like it. We listen to our customers, we respond to them and design with our hearts and our guts.”

“We would be very aligned, in that we have a similar aesthetic but there are other sort of reaches of our ideas where Brendan would be the first to admit that he is very commercially minded,” she said.

“I definitely would push the boat a little bit and try new things a little bit more and not be as afraid. We plan first, ‘let’s see what comes in.’ You can’t close the door on an idea, but I think that’s the beauty of it really, that we’re coming from two different extremities and that we meet in the middle.”

Contemporary evening wear tackled with our super elegant tux jumpsuit, we’ve given you removable straps to wear with or without. Side seam pocket and belted at waist, this is the perfect party number ???????????????? #monochrome #tux #aw18 #lennoncourtney

Sonya also spoke to us about the colour pattern women tend to fall into during the winter seasons and she stressed that wearing colour is important.

“I know personally I respond to colour. I like wearing colour, I kind of feel a bit odd if I’m wearing black. I know that women just love colour, it’s mood enhancing particularly when the days get shorter and darker. You want something that’s going to make you feel good,” the fashion expert explained.

If you’re looking for some top tips for keeping fashionable during the winter, Sonya said: “Getting the base right and layering, silk under-layers are great and knitted pieces. If you can develop out the foundations of your wardrobe so that you know you have the basics right, you can begin to have a bit of fun with it.” 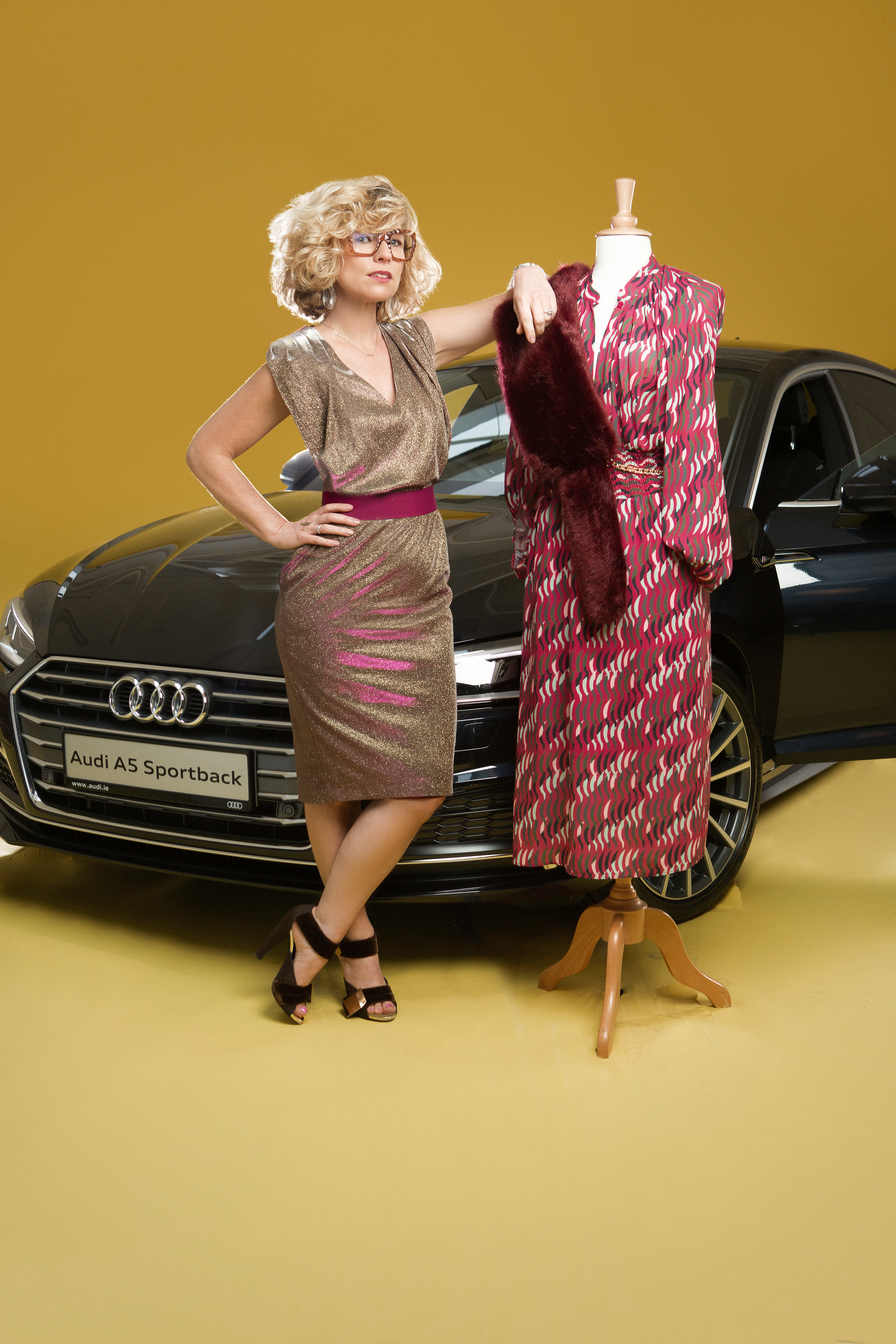 “The item that I can’t get enough of at the moment, particularly because of the time of the year, is our knitted herringbone coat. It’s just the perfect weight for this transitional time, this autumn,” Sonya told us, speaking of her staple item from her Lennon Courtney collection.

“It’s not too cold but it’s getting a bit nippy and you don’t want to wear a big full-on coat, but you need to be warm. For me, I’ve worn that every day since it came out.”

The designer and Brendan have already started to create their collection for next season, as Sonya revealed that they are already onto summer: “We’re designing June/July at the moment. January/February is in production now, so it’s June, July and beyond. We’re already developing out Autumn/Winter for next year.”

“You’ll always find colour in Lennon Courtney, but I think where we are really moving to the next level is texture and around a richness of tone. I think that you can really see that coming through in this collection.”