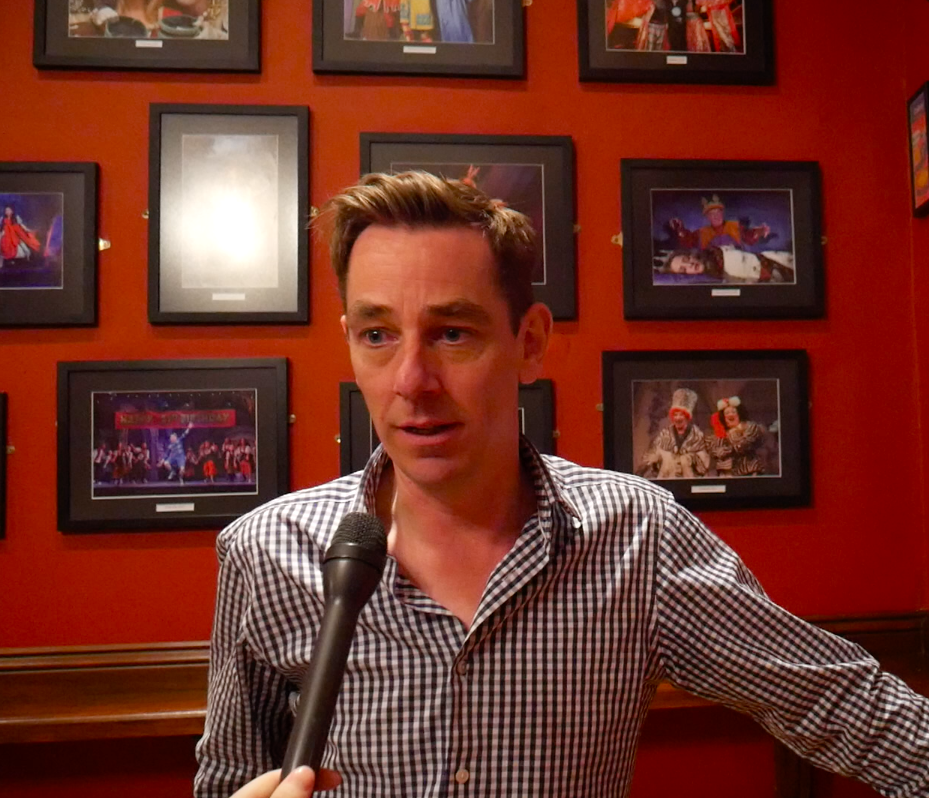 We chatted to the presenter and country star, Cliona Hagan ahead of the big show and they revealed what fans can expect.

Speaking exclusively to Goss.ie, Cliona said viewers can look forward to “a lot of fireworks, a lot of fun to be had, a lot of great country singers and some games.”

“The plan of attack is my sister and I are going to duet, which is going to be fun. We haven’t sang in years together. We would probably need to do a bit of practice actually, it would help. I think we’re doing a game as well,” she continued.

“The game is called ‘Wagon Wheel of Fortune.’ Obviously we’re very pleased about that, I’m talking about a lot because it’s clever wordplay, my favourite. It should be great fun and we’re going to ask Cliona to partake in that,” Ryan added.

“As Cliona was saying, the the circle of friends is like family. People like Robert Mizzell, Susan McCann and Jimmy Buckley – all country legends, with their family members, who you mightn’t know as well. So it’s really nice, it’s like your front living room once upon a time.”

“If you’re at home on Friday night watching the country show I would suggest dash into the off license, drink responsibly or put the kettle on and have loads and loads of tea, you’ll be wired. But it’s one of those shows, gather around, have some fun, don’t take life too seriously for one night only.”

Ryan also revealed that fans can look forward to a potential duet with him and Daniel O’Donnell: “So Daniel O’Donnell got it into his head during a radio interview recently that we might duet on an old tune and he made a suggestion for the song. I had a listen to it and it sounds like something that, for a non-singer might be able to get through. But in such a public place that’s another story. So it’s a ‘we’ll see’ situation.”

So Daniel dropped by to see would I have any interest in singing a duet with him for our Late Late Country Special…I’ll hum it if he sings it! To be continued….#keepitcountry #ohdannyboy #kingoftheroad #latelatecountryspecial

Cliona shared her excitement over Ryan’s possible performance and said: “You have to do it. I really want to hear you sing. Please!”

The former Dancing with the Stars finalist also spoke about the recent popularity of country music, as a country song featuring Billy Ray Cyrus is currently topping charts around the world.

“It’s fantastic and a huge thanks of course to Ryan and everyone. It’s amazing to see and I do believe it’s about time as well because this music is brilliant,” she said.

“Every generation can come to the dancehalls, it’s not just for, an example, middle-aged people. It can be for young, old, in-between. Anybody can come to a country night and as well, it goes hand-in-hand with dancing.”

“The jivers are just amazing. I am so lucky that I get a front row seat every night to watch this fantastic dancing. So I’m delighted to see that the popularity is growing.”

“Like Cliona was saying, all ages – that’s what’s really interesting. There’s a bit of snobbishness around the place about it from some quarters, but actually once you’re in it, as I’ve been in it for the last number of years, you realise it’s infectious for all the right reasons. It’s kind and it’s really fun as well.”

“So it’s just quality, it’s very uncynical, so essentially Twitter will have to take the night off,” he joked.

Check out Ryan and Cliona’s interview below: