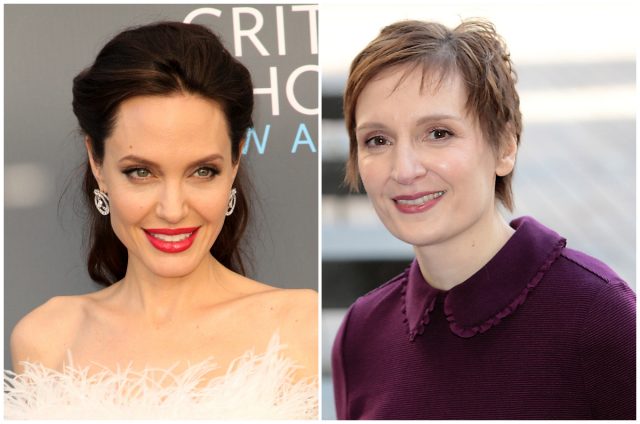 Nora Twomey has opened up about working with Angelina Jolie, who was an Executive Producer on her Oscar nominated animated feature ‘The Breadwinner’.

The Cork director has been nominated for a Best Animated Feature Film Oscar for ‘The Breadwinner’, which was her debut feature film as director.

However, this won’t be her first time attending the Academy Awards, as her animation studio Cartoon Saloon has previously been nominated for Star of the Sea and The Secret of Kells.

The film, which was also nominated for a Golden Globe, tells the story of a young girl who is growing up in Afghanistan during the Taliban era in the late 90s.

When her father is arrested she is left to provide for her family, so she poses as a boy to beat the system of girls not being allowed out without a male relative.

Speaking to Goss.ie at the launch of the Audi Dublin International Film Festival, Nora spoke about working with Hollywood star Angelina Jolie, who was an Executive Producer on the film.

“It was incredible, we were really really lucky to have her involved with the film. She read the screenplay quite early in the process, a good few years ago at this point, and just helped guide it all the way along,” she said.

“She has been to Afghanistan on a number of occasions, she has supported girls education there for over a decade at this point, so she was quite knowable and quite sensitive to the type of film we were trying to make. So that’s been incredible and she’s been a great support for the film.” Nora continued.

Nora also went on to speak about the gender imbalance within the entertainment industry.

“We need to reach a point where half of the nominations are female and I think the pendulum has to swing toward women a little bit for it to come back and rest in the centre, because we need to change the environment in which films are made,” she said.

She spoke about her role as a female ambassador for younger generations of women, “I’m very aware of my role, I’m not someone who likes to stand in front of a camera very often, but I’m aware that you have an influence on young girls who are in college now or who are in school and you have to be visible and I think it’s all about being visible now and about telling stories and about celebrating women as storytellers and filmmakers.”

Nora attended the Golden Globes last month and took part in the Times Up movement by wearing black.

When asked if there will be another ‘black-out’ for the Oscars, Nora said, “I don’t think so, I think that was a very special night and a very special statement.

“But it’s not, at the end of the day, about one statement it’s about an ongoing struggle to make sure that women’s voices are heard, but it is an amazing thing to see so much support for a movement like that is very good,” she added.

Watch more of Nora’s interview on #TheDailyGoss below: