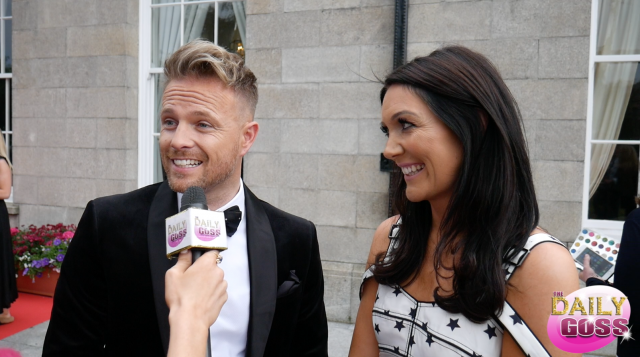 Nicky Byrne has Westlife fans feeling hopeful once again, as he admitted that the band WILL reunite, but not until they say so.

The band’s former manager, Louis Walsh, has insisted that the foursome will get back together for a reunion tour soon – but band member Kian shut down those rumours when he spoke to us earlier this week.

Speaking about Kian’s comments telling people to stop listening to Louis Walsh, Nicky told Goss.ie, “You know what, it’s not just Louis. I think everyone should just stop listening to anyone about the four of us!”

However, Nicky assured us, “I am confidant that it will happen one day.”

“I mean, we’re all getting on, we still like each other, nobody fell out, and we’re nearly seven years gone now this year – six years gone this summer – so yeah we will do it one day. I’m sure we will,” he told Goss.ie on the IFTA TV Gala Awards red carpet.

Speaking about the next series of Dancing With The Stars, Nicky, who co-hosts the show with Amanda Byram, admitted that he’d love to see Marty Whelan as a contestant.