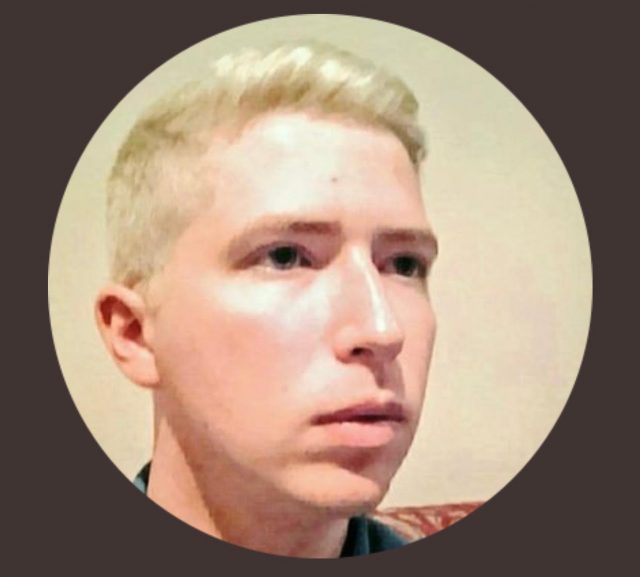 Michael Fry’s tweets have been blowing up over the last year as he serves up consistently gas sketches about Irish radio.

Who is the man responsible for the sketches that have us in stitches? Does he love or loathe radio?

The mysterious man making videos under the pseudonym Michael Fry is a marketeer working in Northern Ireland.

“I still have a day job I quite like and although they’re chill about all this I’m quite keen to keep the person who jokes about ‘pee being stored in the balls’ and the person raising purchase orders very much separate.” Fair.

Michael put important questions to people in power ahead of our national holiday on today’s Celebration Talk. pic.twitter.com/RrD4hXuze7

The stage name which helps him separate his serious and silly sides is a combination of his “username BigDirtyFry, and the name Michael that [he] uses in most of [his] sketches. It’s also a tribute to Futurama.”

Was his comedic success an overnight occurrence?

“I’ve always written sketches. I did drama classes as a hobby when I was in school and got involved a little bit in it in college where I was part of the set-up of a sketch show. I’d written a lot of news type sketches we had intended to film but never got round to it so I thought ‘why not do it at home?'”

After criticism about the lack of female voices on talk radio, Newstalk deliver a pioneering new show geared specifically toward a female audience pic.twitter.com/pl5SYrZRnM

His family always had the radio on, primarily “Newstalk or some kind of sports.”

“We used to listen to the breakfast show with Claire Byrne and Ger Gilroy/Ivan Yates when we were getting ready for school.”

“I figured out the kind of formats they used and how they spoke and how it was common among a lot of presenters. I think the southern voice I use is based on Matt Cooper, Pat Kenny and Chris Donoghue and the Northern one is Stephen Nolan.”

He enlightened us as to whether or not his sketches are scripted.

“I never really write anything down, it’s all improv so it sounds natural when I have arguments with my ‘guests’. I think a lot of Irish comedy and drama suffers from saying things exactly as they are in the script instead of acting naturally. I always remember watching What Richard Did and being amazed by how everyone sounded like real people for a change.”

After the George Hook controversy Newstalk makes an effort to appeal to younger listeners pic.twitter.com/TMEvVbSam5

Fry spoke about the support he’s received so far, “when you get a retweet from people you’ve always loved like Kevin Bridges or David O’Doherty… it’s a terrific confidence boost. I’ve received overwhelmingly positive attention but there will always be people who don’t get it.”

His favourite station may come as a surprise given that it’s one of his most dissed.

“I like Newstalk a lot for someone who slags it off so much, mainly because it isn’t music radio. I used to work in a warehouse where we had a music station on and it drove me crazy, pop songs like Moves like Jagger, Edge of Glory and Wake Me Up were the bane of my life for several summers as they’d often play them a couple times an hour.”

“My favourite show has always been Moncrieff because of the enormous variety of guests and how good an interviewer and host he is. I always come away from it feeling like I’ve learned something.”

Here’s a slice of Moncrieff from yesterday pic.twitter.com/XrldruYxPj

“I think there are a lot of positives about Irish radio, and maybe it suits their main audience who are probably a lot older than me, but I think I’d like to hear more women and young people on air in the bigger regular slots. I really liked the additions of Eoghan McDermott, Chris Greene and Ciara King (who I’d listened to since I was like 14) to 2fm but I wonder could we do the same for other stations?”

“Could we have younger people debating politicians? There are so many fantastic female journalists who would be great at this, and we see that now on RTE with Claire Byrne. It would be nice to have a varied panel and interviewers instead of yer Da vs yer Da followed by yer Da, day in and day out. This is the same for television I was disappointed when I saw the Tonight line up after Vincent Browne left, there was a real opportunity to fill that slot with someone new instead of with old faces.

“I suppose with everything moving online where you can listen to a great podcast about literally any topic whenever you want (e.g. Blind-Boy talking about Bebo or CBT, or Motherfoclóir talking about linguistics) and streamed music tailored to you from Spotify, it is difficult to get high levels of attention when you have ads and a fixed schedule to adhere to.”

The comic has opinions on where he’d like to see radio go too.

“What I’d like to see is radio getting hard-earned good attention for being innovative, funny and interesting, instead of easy-gotten bad attention for stale, poorly informed, shock-jock antics from grumpy old men.”

The ball is beginning to roll for the young funny man and the mainstream media is in his sights for the future.

“I’m going to go down the podcast route for now and see how that goes but I’d love to get involved in anything media related. I’m starting to get offers to appear on podcasts and radio and I hope eventually I get to TV. I’d love to give acting a go.”

We’ll be keeping our eyes peeled for his next sketch!