Lucy Kennedy has revealed which Irish celebs she’d love to have on Living With Lucy.

The popular show sees the presenter move in with a host of celebrities for a weekend, analysing their daily lives and interviewing them from the comfort of their homes.

Due to the coronavirus pandemic, last year’s series saw the celebrities instead visit Lucy in her guest house down the country, and the show was renamed Lodging With Lucy.

Speaking to Goss.ie at the One4all ‘Thank You Teacher’ Campaign Launch, Lucy revealed the programme will be returning this September, and teased what celebs she’d love to have on the show.

“I feel like Living With Lucy would be the preference because we get to see the celebrities’ houses. While Lodging With was brilliant because I was able to let the interview breathe, I think we’re going to aim for Living With and hopefully I’ll be able to travel,” she said.

“All decisions are being made in three weeks time. I got my first vaccination already so I’m getting there. If it’s safe I’d leave the country but obviously I’m mindful of this Indian variant that’s going around.”

“I believe we will start off in Ireland and then if travelling outside of Ireland is an option we’ll go for that. I would be quite nervous so I just want to be sure everything’s okay.”

“There’s buckets of people who come to Ireland for the summer, celebrities as well like Sarah Jessica Parker… Patrick Dempsey!”

“I love Irish celebrities. They rate the best and they’re the easiest because we automatically have that common ground. So Living With would be the first option, if not Lodging With. Either way, it’s back in September,” Lucy revealed. 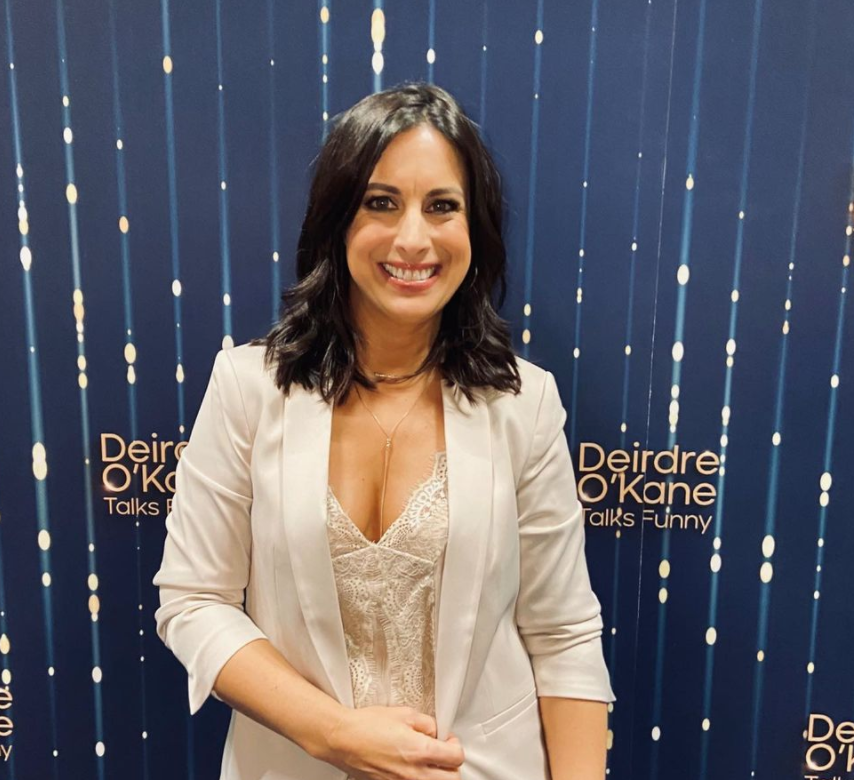 Revealing her dream guests for the series, Lucy said: “Piers Morgan. I say this every year and I ask him every year and he says his wife wouldn’t be comfortable. But now more than ever, because he’s had such an angry year, I need to talk to Piers. He would be my dream guest.”

“I would also love to talk to Sinéad O’Connor. I really want to encourage her to go for the Eurovision, I think she could win it for us.”

“There’s loads of guests I would love. Graham Norton, Mary Lou I think would be brilliant. She was meant to do Lodging With Lucy last year and she couldn’t in the end… I would love Pat or Enda Kenny because I fancy them both.”

“Jamie Dornan, Paul Mescal – for all of us. I would love to live with Davina… It’s always English or Irish celebrities. It’s always the people you can relate to or the people that you want to watch.”

Lucy added she would love to love with Ireland’s Got Talent judge Michelle Visage in L.A., saying: “She’d be another brilliant guest. I think we’d get on extremely well, and she has pet rats!”

“Daniel and Majella [O’Donnell] are gold. At the time when we were filming Living With Lucy a year and a half ago, they were doing their B&B so they couldn’t. But they would be in my top three because they are characters. I love their love and I love their relationship.”

Lucy also revealed she would love to have social media star Tadhg Fleming and his family on the show.

“The Flemings family I would love! I think they are great craic, a really great family. I love when they do all their crazy little videos they do in their kitchen. They’re right up my street yes, great idea. Let me actually write them down!”

Lucy spoke to Goss.ie at the launch of One4all’s ‘Thank You Teacher’ Campaign, to thank teachers nationwide for their hard work.

She said: “Like all parents I think I found a whole new appreciation for the work that teachers do since the start of the pandemic. Home schooling could be tough going at times but there were moments of great fun and joy also.”

“Listening into my kid’s lessons transported me back to my own school days and remembering words of Irish that I thought I had forgotten! Teachers play such an important role in our lives and a great teacher really can instil a lifelong love of learning in you from a young age.”

“As the school term ends, I’ll definitely be saying thank you to my children’s teachers. We could not have got through the pandemic without them!”

For more information on the One4all Gift Card, visit one4all.ie.