Lisa Cannon has revealed her excitement over reporting for America’s Extra TV and announced plans for the next season of Box Office.

The presenter hosts her own movie show, Box Office on Virgin Media Two every Friday and as the fourth season comes to an end, she has taken up other television opportunities stateside.

Speaking exclusively to Goss.ie about her upcoming slot on Mario Lopez’s, Extra TV, Lisa said: “I’m very excited about that. I always used to watch Extra, even when I lived in America in my younger days. Obviously I’ve a lot of friends living in Los Angeles so when I let them know, they were like ‘wow that’s brilliant.'”

“There are about four or five staple daily entertainment shows in Los Angeles, from E! News to Extra TV, Access Hollywood and Entertainment Tonight. When I was over there in Los Angeles last August I had a session of meetings and I met with Extra, I met the producers.” 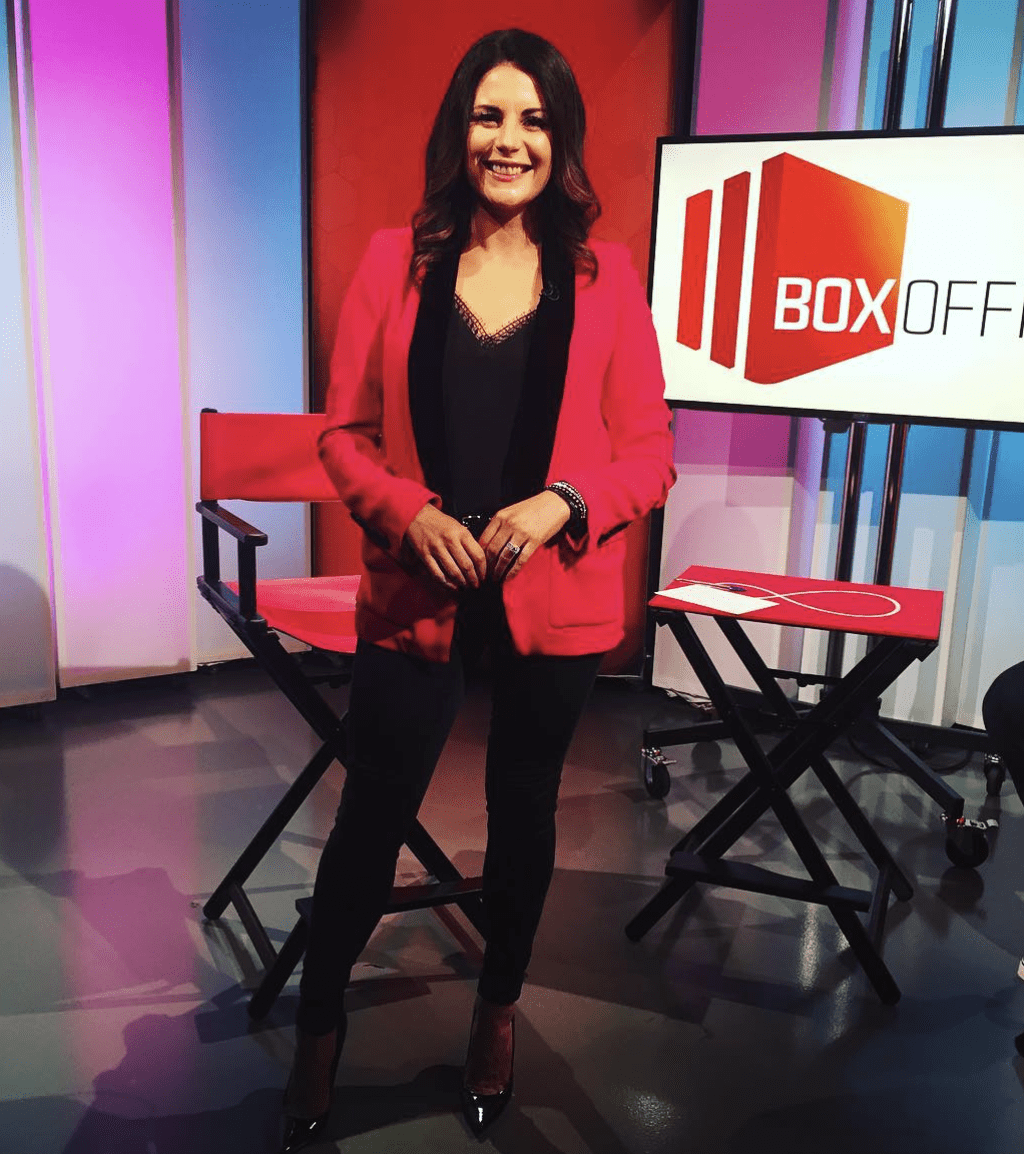 “We just kind of kept in touch because obviously I was hoping they might have an opportunity for me to do something with them. Mark Wright and I have the same agent and we just kept in touch. Mark has now left the show, but obviously he’s doing The Bachelor U.K.” she continued.

So there was opportunity to do a stint with Game of Thrones up in Belfast so they gave me a call, they literally called me and that’s it.”

Speaking of potential opportunities on American television, the presenter revealed that she doesn’t know what will happen, but is focusing on Box Office for the time being: “Who knows? I don’t have a crystal ball. Obviously I would love to but I am obviously very focused on getting Friday really good. I’m swatting up on my Game of Thrones as we speak.”

The 40-year-old also opened up about the success of her Virgin Media show and plans for the future: “It was amazing. We had such an incredible season and every season it just seems to be getting bigger and better. We’re really pushing out all the stops to ensure that we come back with an even bigger bang.”

“We kicked off with New York City for season four and we’d interviewed Fionnuala Flanagan and obviously the animation that she was representing was up for an Oscar this year. So we’ve had some incredibly proud moments. We had Colin Farrell on the show, we had a big special with him. That was incredible to go through all of his work over the years, from Phone Booth to Tigerland and Minority Report, so that was incredible.”

“Then we did the Virgin Media Dublin International Film Festival, of which I was the brand ambassador. So we had Ralph Fiennes, we had Matt Bomer, incredible directors in. It just made for fantastic viewing, Box Office is Ireland’s only TV and movie show. So it’s great, I love the show, it’s fantastic.”

As for her final show of season four, Lisa continued: “We have Jessie Buckley on the show, who is the lead in Wild Rose which is movie and she is just going to be one of the biggest stars Ireland has ever seen. I think everybody needs to watch out for her, she’s so talented and she was nominated for a BAFTA this year.”

“It’s exciting to see what she’s going to be doing because she’s working with Kiera Knightley and Benedict Cumberbatch and Robert Downey soon. So that’s one to watch,” she added.

The film show host revealed that they are planning to broadcast from L.A. in the upcoming season: “But we are talking about bringing our episode, maybe the first or second one, from Los Angeles. So we might have a trip over when we kick back then in August/September time – that’s the plan. We may have some really cool junkets from Los Angeles.”

Lisa also praised her contributors on the programme, especially makeup artist, Bonnie Ryan: “We’re always coming up with new ideas and we’ve got contributors. We have Bonnie Ryan; Bonnie’s one of those incredible contributors and I think she’s just going to go from strength to strength. She’s going to be a fantastic broadcaster, I’m very proud that she had her debut with me on Box Office.”

“Also we have Kevin McGahern who is just hilarious. He obviously brings so much comedy and life to the show. We’ve got another couple of great contributors, from Chris Wasser from The Herald to Michael Doherty from the RTÉ Guide. We’ve got a fantastic team, we really do.”

“Back and more. We’re going to be bringing in new faces as well. We obviously have some other interviews we’re looking at lining up. But I have a little bit of a break over the summer.”

Lisa spoke about her passion for film and television, and thinks it may be in her DNA: “I have a Masters in Film and I did a Bachelor of Arts in Trinity with Drama, Theatre and Film. Absolutely that’s my passion, if I didn’t do what I was doing I’d still love film, I’d probably go most weekends. I watch films nearly every evening.”

“I love everything about the art of film, I really do and television making. I have family members who are directors. My cousin is a film director, he directed The Inbetweeners and many other television programmes and is currently a director on Outlander.”

The presenter added that she would consider starring in an Irish production if the opportunity arises: “I don’t know, nobody has really asked me to but if someone asked, why not?”

Make sure to watch Box Office on Friday at 9:30PM on Virgin Media Two for the last episode of the series.