Karen Koster has opened up about the “reality” of homeschooling.

The Irish TV presenter is mum to three children – Finn, 6, JJ, 4, and Eve, 2 – who she has been teaching from home amid the pandemic.

Speaking to Goss.ie ahead of Virgin Media’s Spring schedule launch, the 39-year-old revealed balancing work and homeschooling has been “tricky” and “tiring”.

“It is really busy and there’s times when you just run out of steam entirely,” Karen confessed.

“Then there’s other days where I’ll be getting out the playdough and doing baking and I’ll be really motivated, and we’ll be doing arts and crafts with pom poms. But you can’t keep up that level of activity every day.”

“This week homeschooling has started, so I’m trying to tip away at that so that they can just keep what they’ve already learned in their heads.”

“They don’t like home-schooling, that’s the reality of it. They just don’t,” Karen admitted.

“They want to be in the classroom with their gang and their teacher knows what they’re talking about.”

“It’s not just me saying ‘no that’s not how you draw a G’, and then they feel like I’m just giving out to them and I’m not. I’m just trying to teach the right way.”

“You feel like you could do better, but then again you don’t know how to do better, so it’s tricky,” the mum-of-three added.

Karen praised her husband John McGuire for his support with the kids, saying: “He’s brilliant, when I’m out working on Ireland AM he has them out in the park riding bikes, on the scooters…”

“The schoolwork is kind of my area and I do that with them, but he’s brilliant at getting them out and kicking a ball around and that kind of stuff, so we’re trying to balance it that way.” 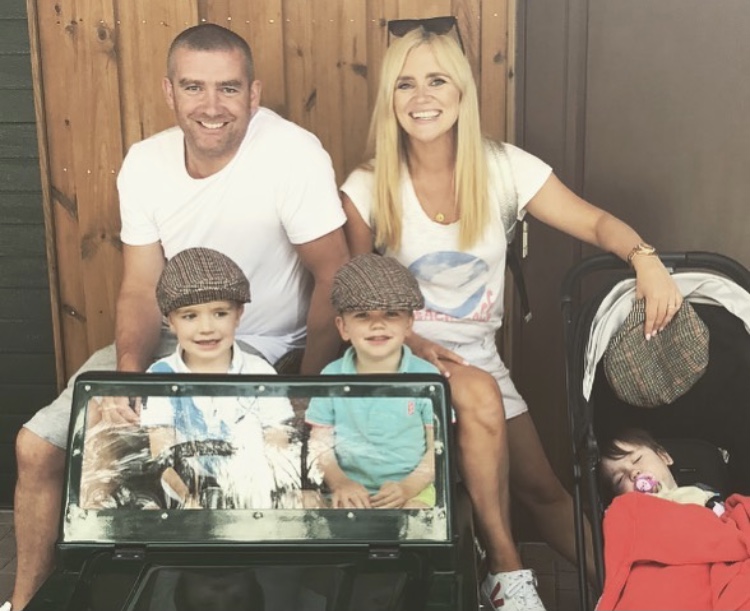 Karen also opened up about how her children are dealing with the lockdown.

She said: “They’re still quite young that they don’t ask too much about staying in and not being able to go on playdates.”

“We really don’t let any anxiety get down to them, they’ve been brilliant like they don’t see it as any big deal I don’t think,” she added.