EXCLUSIVE! James Kavanagh shares his joy after joining the Illuminati

James Kavanagh has announced today that he has joined the Illuminati.

The Illuminati are a secretive power elite with a globalist agenda is conspiring to eventually rule the world and establish a new world order.

The Snapchat star decided to join the exclusive organisation after what seemed to be an Illuminati brand ambassador slid in his DMs earlier this week.

Speaking exclusively to Goss James spoke of his longtime dream to be asked to join a secret society.

“Ever since that episode of the Simpsons where Homer joins the Freemasons, I’ve ALWAYS wanted to be asked to join a secret cult.”

“Thank God someone is paying attention to my potential to rule the world.”

I may or may not be back from my Illuminati Initiation ???? But I am now to be only referred to as ‘Grand Master Vulture Urine The Third’⚜???????? #SoLongMortals #AllSeeingEye #VultureUrineSelfie

Following a complex induction process which involved sourcing a list of ingredients mere plebs would not be able to garner, the 28-year-old progressed to the next phase of his induction.

The Churchtown native who now resides Cabra had the most difficulty sourcing vulture urine as it is not readily available in Irish supermarkets. 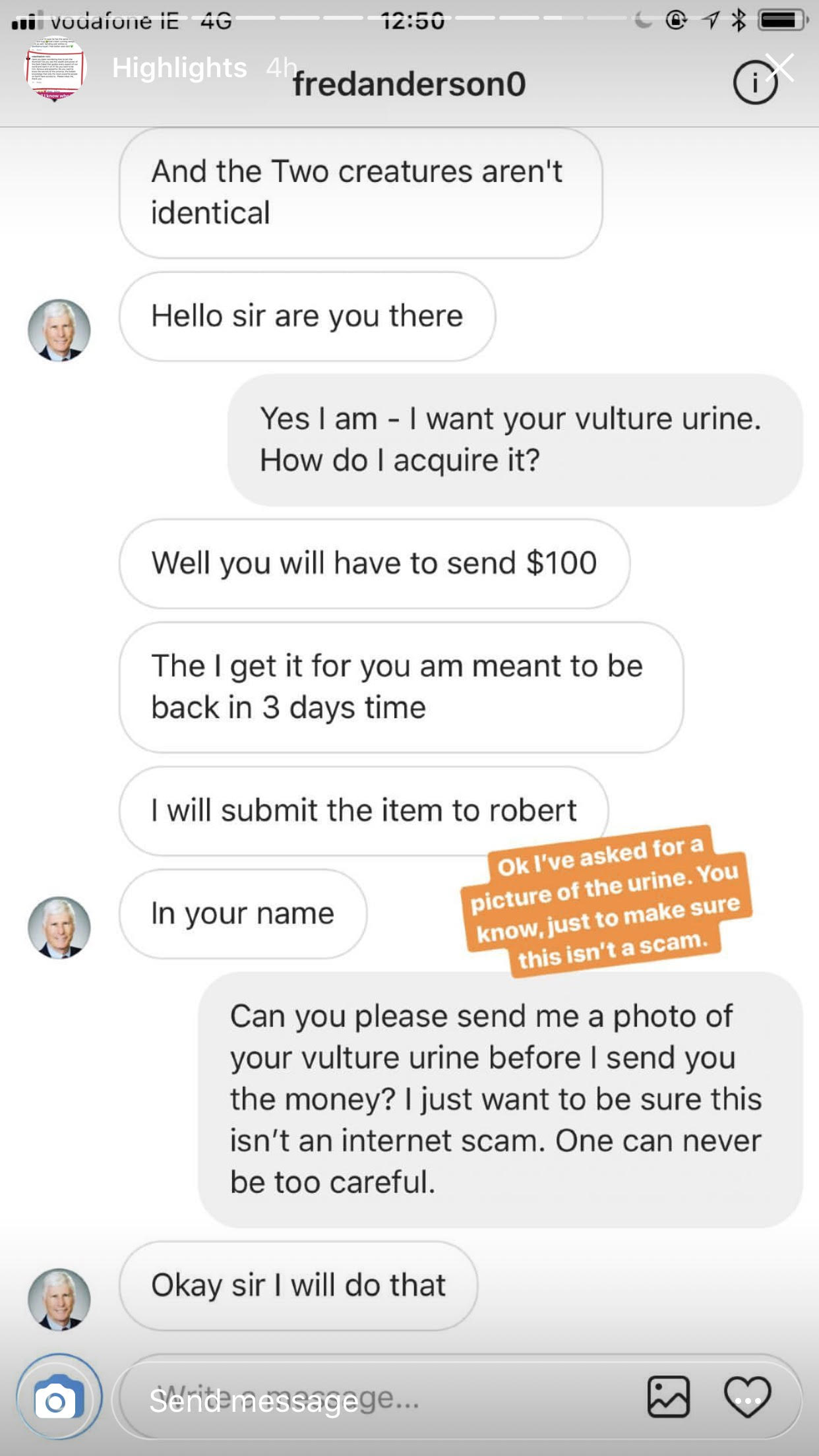 A friend of Robert’s, Fred Anderson, came to James’ aide and procured him some of the rare liquid.

Undoubtedly a solid career move we look forward to seeing his power and influence grow.

As far as our research could tell, James is the first Irish influencer to be inducted into the Illuminati.

It is unclear from James’ announcement whether this is a #spon collaboration in attempt to raise the Illuminati’s profile after they had gotten a bit too secretive in recent years.

Nominated for several of the #Gossies18 awards his new found power should work in his favour.