EXCLUSIVE! Ireland’s Got Talent judges and host open up about the variety of this year’s contestants 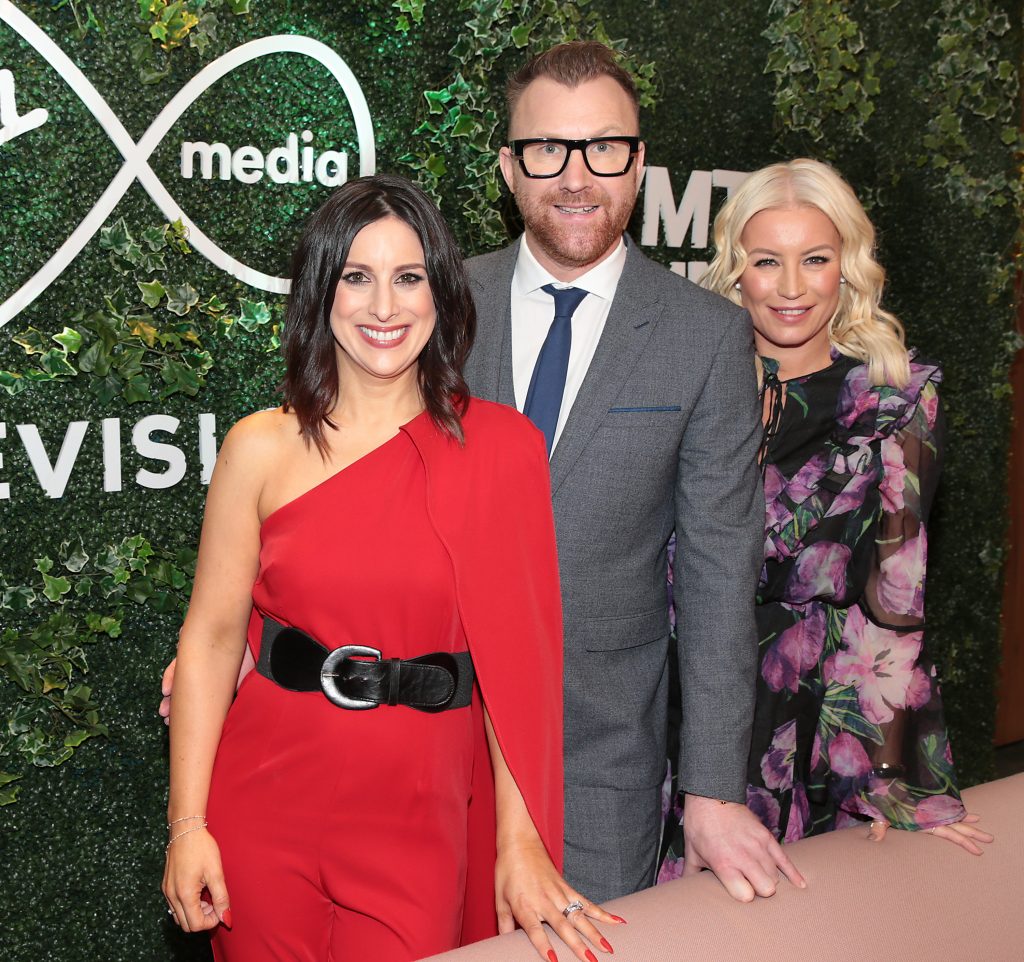 We caught up with Ireland’s Got Talent host, Lucy Kennedy, and judges, Jason Byrne and Denise van Outen to chat about the upcoming series at the Virgin Media Television Spring Launch.

The first series was incredibly successful last year and the judges have promised it’s going to be even better this time around, but they admitted that there were a few strange acts at the auditions.

“I like the weird ones that come out, you know and do very strange stuff that’s not funny and not talented at all and it’s kind of quirky. I like the quirky. So we have a few of those,” Jason added.

At the @virginmediaone spring launch with these two messers @gottalentirl ❤️????

Lucy told us that fans won’t see any animals this time around though, after she had a bad experience with a parrot during the first series: “No animals though! No animals supplied since we nearly killed the parrot. So last year this parrot needed to borrow my dressing room/cupboard to rehearse and it just pooed everywhere, including the mirror.”

“I stupidly pressed the red buzzer and scared the parrot,” Denise joked.

The judges were happy to see a variety of acts on the new series, as the Essex native said: “We had some amazing dance acts this year and RDC were fantastic. I would like to see a different type of act win, but obviously the dance acts are just phenomenal. We had a lot more singers this year, which is great because we had more variety.”

“I think last year with the first series people didn’t know what to expect and then when they saw how great it is and how well-received it is the production values etc. more people applied. So, from that we got way more variety,” Lucy added.

The stars even hinted at who they think will win the competition: “My money’s on a singer winning actually this year or a child, lots of kids,” Lucy told us.

“I think my Golden Buzzer is a strong contender to win, but we’ll see,” Denise said, while Jason agreed and added: “I’m going to say Denise’s one, but I’m two and I’d say you and Michelle are joint third and Louis is not even going to get a look-in.”

The comedian also said that they have improved their judging skills this year: “And our judging skills are massively high now. So, if you were in karate they would have been about yellow belt last year, now they’re black belt. They’re solid, we know how to judge.”

“Unfortunately we had to stick with the current judges, but they will be removed next year,” Lucy joked.

“I think my favourite is Louis advising us all to say ‘no’ more. Another thing is as well, maybe a bit of a montage of it, but whenever Denise spoke to Irish people, because she doesn’t know how to speak to Irish people apparently. No matter what she was saying, Louis would butt in and go ‘Where are you from?’ every single time,” Jason told us.

“And he’s not a judge, he’s turned into a counsellor on the panel. He wants to know what happened in their lives and he wants to dig deep. So, a lot of people have been saved because of Louis’ judging. But if you come on this show make sure you know where you’re from, that’s crucial.”

It’s clear that the stars of the show get on well, but Lucy admitted that they don’t spend as much time together as they’d like: “The reality is, we probably don’t spend enough time together because she doesn’t live in Ireland yet, we’re going to get her over and you’re just like busy.”

“But anyway a bigger, better series. Tune in in February, you’re going to love it,” she added.