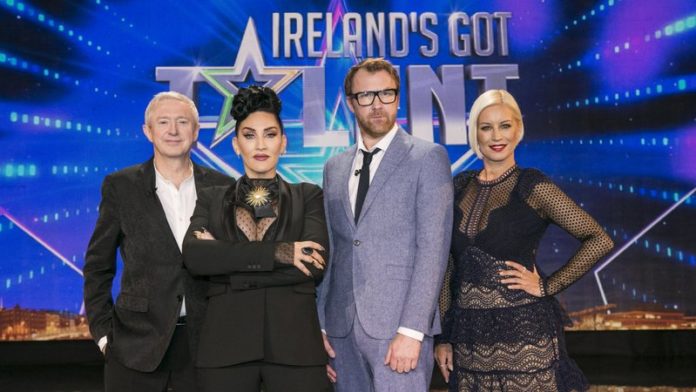 During the show’s first semi-final, rapper Tamara performed a remixed version of I’m Coming Out by Diana Ross.

However, when Tamara received negative feedback from the judges after her performance, she quickly pointed the blame at the show’s production team.

When Michelle said, “You’re a girl living in a man’s world. What was missing tonight was you,” Tamara replied, “That wasn’t my fault that was production. I’m sorry but I have to say, I have to say.”

#Tamara #GotTalentIRL like the sound track behind her and all was soooooo bad. pic.twitter.com/5jzoBYDVEr

Speaking about Tamara placing the blame on the show’s production team, Denise told Goss.ie, “At the end of the day, everyone agrees with their act and what their going to perform and it’s kind of a joint decision, so she had obviously agreed to it.”

“It’s very easy if something hasn’t gone the way you want it to to sort of blame other people,” she said.

Michelle continued, “Even if it’s not your first choice, you sign off on it, and at the end of the day, excuses don’t fly with me.

“I love that girl, I fought for her the last time, but I thought this time we were just missing her, I felt like it was more of a karaoke performance act, and she’s got more than that.”

When asked who they’d like to see in the final, Denise said, “I love Linda, I loved her straight away I think she’s just a great act. I love everything about her, I love the story as well that comes with it about her being a mum and losing her confidence so I think the show is great for her. She, for me, is what this show is about.”

Michelle said, “I would have saved Paul Ryder, just because he, as well as Linda, they’re both two things that I strongly believe in and stand behind.

“Her being a woman who’s lost her confidence as an entertainer, and Paul being kind of a misfit and not fitting in everyday society and following his dream and look where it brought him,” she added.

Watch more of our interview with Denise and Michelle on #TheDailyGoss below: