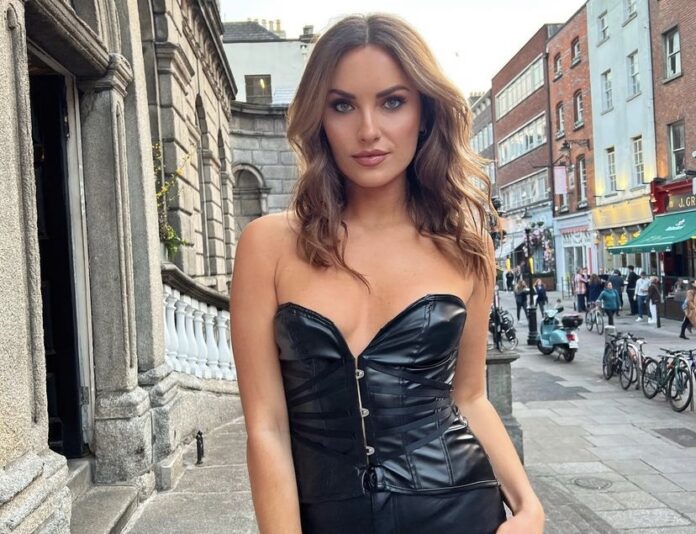 Holly Carpenter has teased her return to reality TV.

The Irish influencer made her reality TV debut in 2013 on Britain & Ireland’s Next Top Model, placing 7th overall.

The 30-year-old has since starred in a number of major TV shows – including Celebrity MasterChef Ireland in 2017, and RTÉ’s Dancing with the Stars in 2019.

In an exclusive interview with Goss.ie, Holly revealed she now has her sights set on a stint on ITV’s hit series I’m A Celebrity… Get Me Out Of Here.

She told us: “A show that I absolutely love and would be obsessed with doing if I could is I’m A Celebrity… Get Me Out Of Here. I know it’s not the easiest show to get on because they have a lot of really big people, but that would be my dream reality show to do.”

“It looks like such a challenge and it’s a great show to watch, so I’m hoping they have an Irish person on it this year. I know there’s been rumours about Maura Higgins, who I think is absolutely hilarious. I think they definitely need to always have a few Irish people on it.”

The Dubliner added: “I think I’d be grand with the spiders and snakes, I’d be more so worried about being hungry all the time.”

“After doing Britain & Ireland’s Next Top Model, I understand why you see people kicking off, having huge fights, crying and being dramatic on reality shows. A lot of people on Twitter are harsh being like, ‘Oh my god, why are they behaving like that?’ But because I know how stressful it is when you’re there, with the lack of sleep and hunger, I’d probably also be very dramatic.”

“As I’ve gotten older, I just don’t say no to anything. I think you should just throw yourself in the deep end and then find out if you can do it when you’re there. Life’s so short.”

Read our full Spotlight On interview with Holly – where she opens up about her relationship with Jamie Hunt, her scary catfishing experience, dealing with online trolls, and more – here.