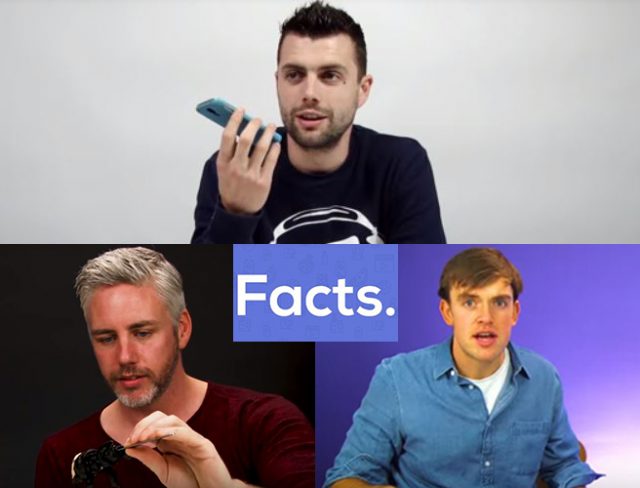 The news began breaking on Twitter last night that the extremely popular Facts. YouTube channel was no more.

Contributors expressed their sadness about the end of the channel which many people call ‘the Irish Buzfeed’.

“We will be posting an official statement on recent events shortly but unfortunately it is true we are taking a break from creating new videos. Thanks so much to all the staff team, contributors, fans and viewers who made the channel into what it is today!”

10 people were employed full-time by the station.

We asked some of our favourite contributors about the end of Facts. and their favourite memories.

Paddy J Murphy was one of the longest serving Facts. contributors and although the channel is no more, he’ll still be active on the YouTube.

“Its so sad that The FACTS brand is finishing up. I’ve been with it since the second ever video and was there ’til the last. I’ve had crazy few experiences and made some of the best friends of my life. All of which were captured on YouTube and I’ll get yo look back on them and laugh.”

“From getting hammered on moonshine to eating all sorts of animal balls, each day in the office was an adventure, and you never knew what was next.”

“I’m glad it had such a big reach and over the years our fans have been amazing and supportive.”I’ve personally been contacted by many people all over the world with depression or anxiety who use Facts. as a tool to help them smile again and to settle their nerves.”

“It’s the end of an era, but possibly the beginning of a new one. I’ll still do YouTube videos and so will all the other contributors. The Facts. logo might be gone, but we are still here.”

“We’re all really upset obviously. You hear about these sort of channels or companies and think ‘There’s no way they actually all get on in real life!’ but we actually had such great craic together. Everyone came from all different walks of life be it actors, comedians, presenters, YouTubers. I’ve never met a more talented bunch of people.”

“There were friendships, partnerships, romances, and everyone got a lot of other opportunities as a result. I spent great years in facts that I won’t forget.”

“And don’t worry, we’ve plans to come back with a bang very soon!”

“I won’t miss taste testing the world’s spiciest chicken wings, taking spontaneous burlesque classes or being abused on the comments section of the internet… But, I’ll miss absolutely everything else!”

“The Facts. family is made up of some of the kindest, funniest and most talent people I’ve had the pleasure of meeting and I have a feeling this isn’t the end of us!”

Well that’s three out of three that we’ve spoken to saying it’s not the last we’ll see of them so watch this space!