Erin McGregor gave us the goss at the Gossies about her plans post Dancing With The Stars.

The nominee for Most Stylish Woman arrived on the Gossies red carpet in a beautiful Paul Costelloe bodysuit and skirt complete with pockets (the dream!).

The petite Dancing with the Stars stunner discussed if she was enjoying the weight loss benefits other contestants had enjoyed as a side effect of competing.

“When I leave training I have a cake, or a curry, or a crisp sandwich because I do be starving!”

“I’m not really watching what I eat. I’m nearly eating because I deserve it.”

“Everyone’s telling me I’m losing weight but I don’t really think I am.”

“I kind of lost the love of fitness when I was pregnant and I couldn’t really get back in to it.”

“This was a moment for me to fall back in love with something again and that’s what Dancing with the Stars has given me.” 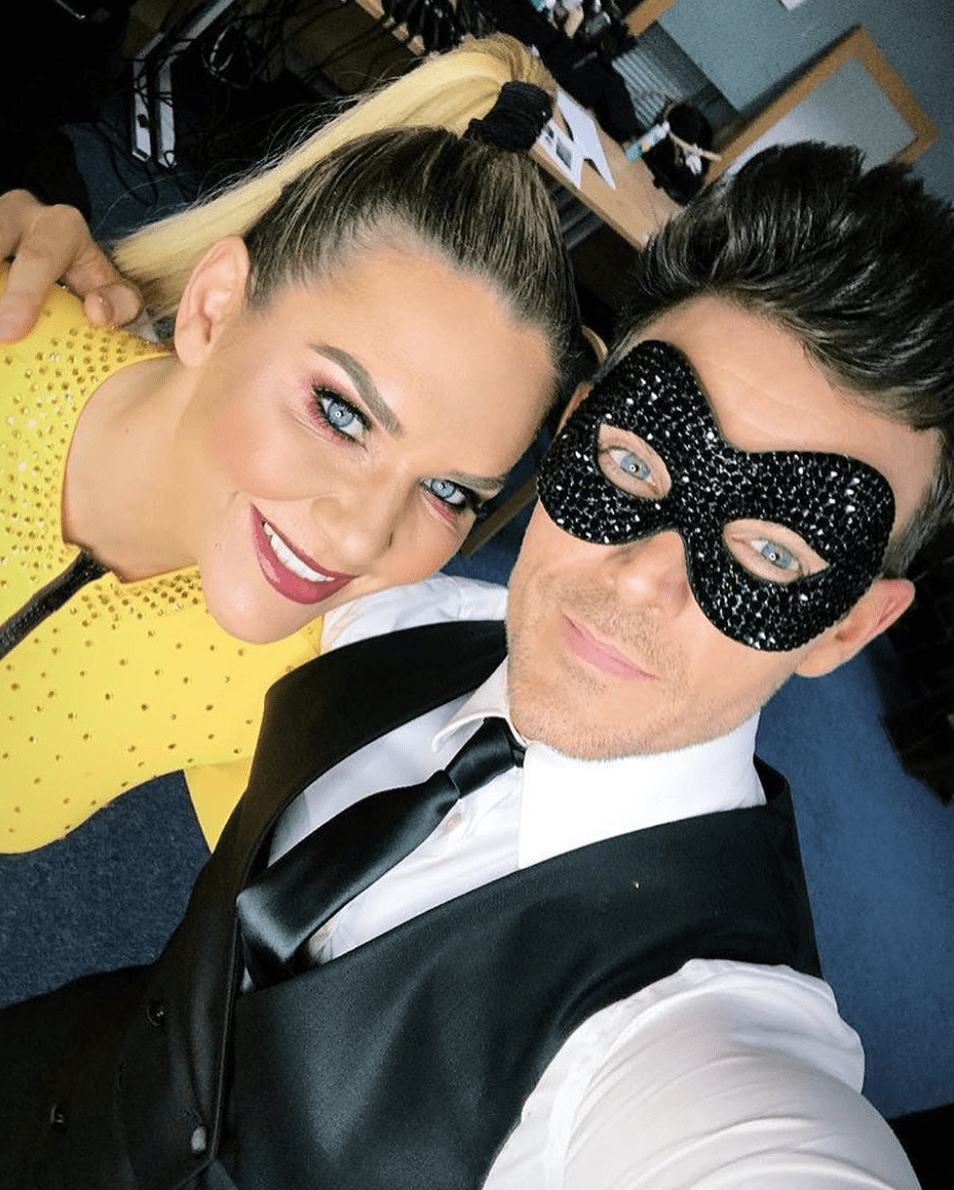 The gorgeous mum-of-one is surprised by her new found talent for getting in to different characters every week.

When asked whether she would be looking towards pantos, like fellow DWTS contestant Tomás O’Leary, she didn’t rule it out.

“I never thought that I could act or get into characters.”

“Each week I’m like ok, ‘I can do the smiley’, ‘I can do the fierce in the paso’ so yeah, panto would be really good but that’s not until Christmas.”

We pried whether she’s make a debut on Ireland’s longest running soap opera to which she replied, “I don’t know if Fair City would like me.”

“Never say never because when you say never life has a funny way of going ‘Oh I’m gonna do that now’.”

The fitness model presented an award on the night and it was obvious that the nervous Erin we saw at the start of DWTS is dead and gone.