Dancing with the Stars’ Loraine Barry has revealed who she thinks will win the competition – and who is in the “danger zone.”

We caught up with the judge after the show and she told us who she thinks could be in big trouble this week.

“Well the danger zone, I think Fred needs to be careful,” she exclusively told Goss.ie.

Although Loraine admitted that she “loves” Fred, the judge continued: “But he’s got to dance a little bit more. I love him too and he brings so much of the entertainment value. But as we said, it’s entertainment and it’s dancing.”

“But I know Fred and I know Julia, and she’s going to crack the whip next week,” she added.

As for potential winners of the competition, Loraine told us: “I think you’ve definitely got Cliona, you’ve got Johnny Ward in there and for me Clelia knocks it out of the park.”

You can check out Loraine’s full interview below: 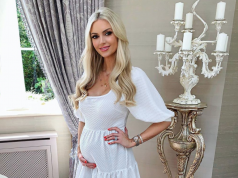