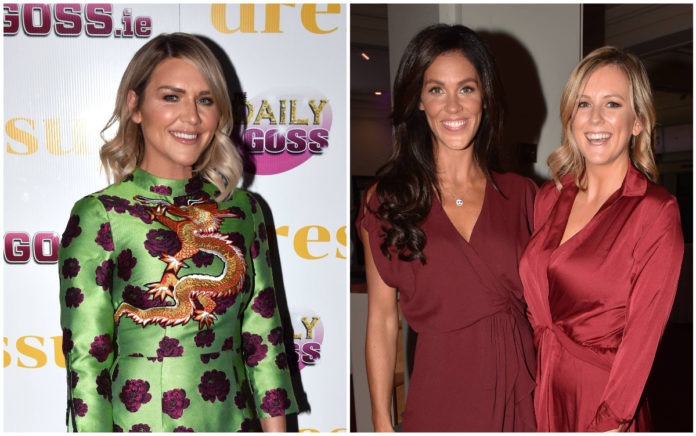 Cassie Stokes has backed Erin McGregor to take on the role of an Xposé host, as Glenda Gilson is set to go on maternity leave later this year.

Mum-of-two Erin got bitten by the telly bug after appearing on RTÉ’s Dancing With The Stars earlier this year, and she’s hinted that she’d love to nab a presenting role in recent weeks.

Xposé host Cassie has been working with Erin on her Love Island: The Cool Down podcast, and she thinks the Crumlin native would do a great job of filling Glenda Gilson’s shoes.

Speaking to Goss.ie at TV3’s Upfront event, Cassie said, “That would be the dream! If I got to work with Erin every day… she’s just so nice!”

“She’s fun, and do you know what, she doesn’t care, which is the best thing ever when you’re trying to interview or have a conversation, if you just kinda don’t care a little, it’s so much better,” she continued.

“And she’s hilarious, so actually, yeah, if she could get that, I mean where do I sign up? I would love that,” she said, before joking, “And I’m sure we could get Conor [McGregor] in to teach us a few moves and stuff like that, you know!”

Watch more of Cassie’s interview below: