Ed Sheeran has announced a Croke Park date for his 2022 stadium tour.

The singer will kick off The Mathematics Tour in the Dublin venue on April 23, he announced on Wednesday morning.

The Bad Habits singer will also play Cork’s Páirc Uí Chaoimh on April 28, Limerick’s Thomond Park on May 5, and Belfast’s Boucher Road Playing Fields on May 12. 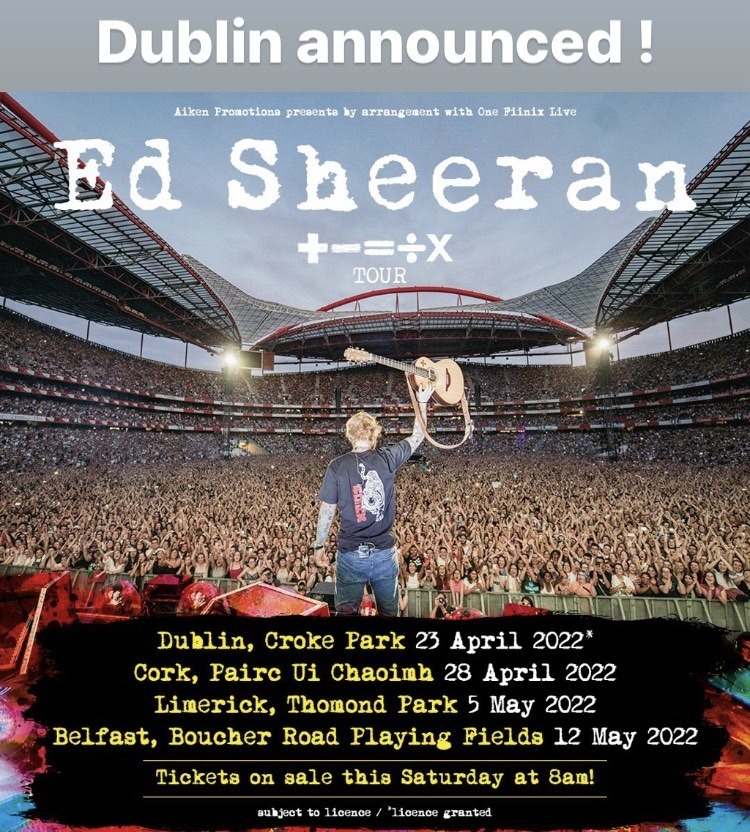 Tickets for all three gigs go on sale this Saturday, September 25 at 8am.

Ed is due to release his new album = on October 29.