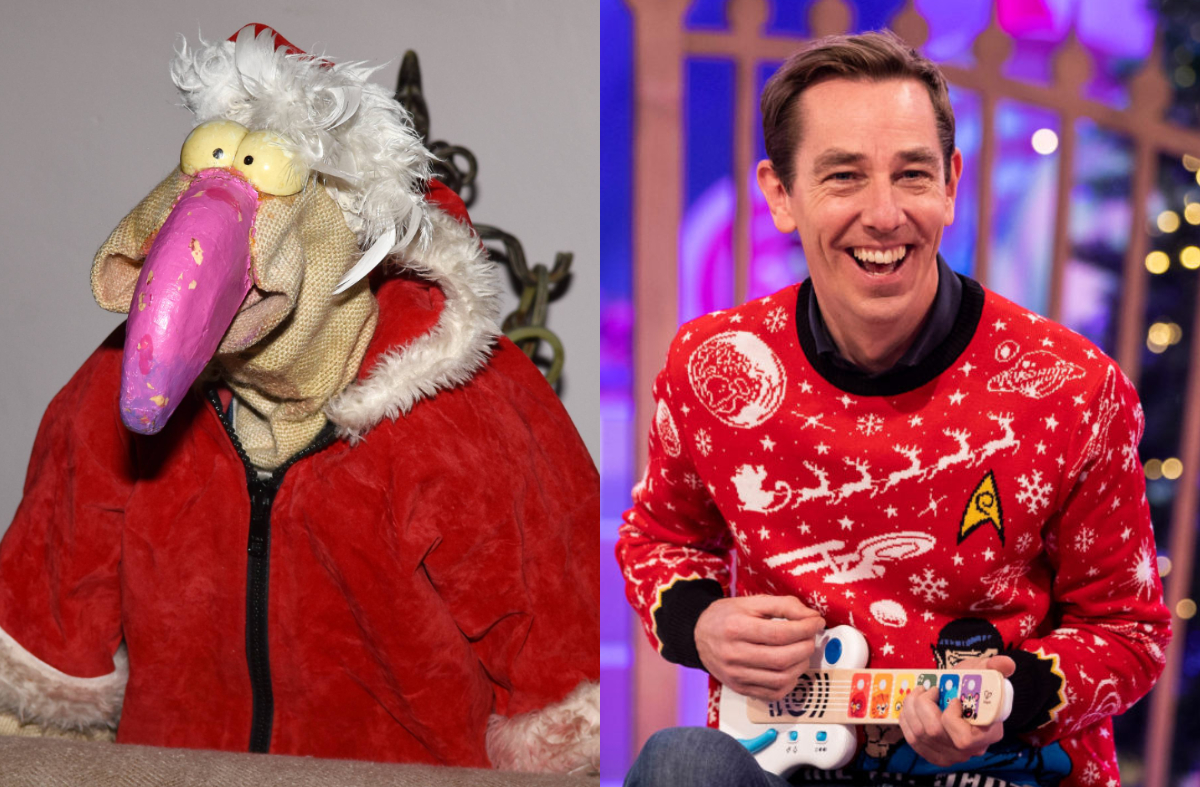 Dustin the Turkey has hit out at Ryan Tubridy for not inviting him on the Late Late Toy Show.

The character, performed by John Morrison, used to be a regular on the annual programme – but he hasn’t appeared on the show since Ryan took over as host back in 2009.

Dustin told the Irish Sun: “I haven’t been on the Toy Show since Ryan took over about 11 years ago. You should ask Ryan why because I would definitely go on.”

Despite his annoyance, the famous turkey praised Ryan for hosting the Toy Show every year.

“In ­fairness Ryan does a good job,” he said.

The highly anticipated show takes place tonight (November 27), and the theme this year is ‘The Wonderful World of Roald Dahl’.

Ryan will star as Fantastic Mr Fox for a spectacular opening number, which will include beloved characters from the best-selling author’s books, including Matilda and Willy Wonka’s Oompa Loompas.

Speaking ahead of the show, Ryan said: “This has been a year like no other, and therefore requires an opening like no other.”

“The Wonderful World of Roald Dahl is one that understands children in a way that no one else ever has. He knew that there could be a sadness to the world at times, but that there’s also great love and mischief and fun to be found.

“All of those factors have been combined to bring what we hope is a joyful, beautiful, and wonderful opening like no other to this year’s Late Late Toy Show.

“This is the dream theme for a bookish person like me, I’ve been talking about my love of reading since I was a little boy.

“I love Fantastic Mr Fox and I’m rather enjoying being a fox for this opening because it’s so different from what has gone before.

“What we have in store really captures The Wonderful World of Roald Dahl… everybody is welcome, it’s going to be a night of nights in a year of years,” he said.

Ryan will feature in two musical performances on the night, and there will also be a special one-off performance from children around the world, who will be accompanied by a very special guest singer.

Due to the coronavirus pandemic, the show will see a lot of changes in store, with a limited amount of children appearing in studio on the night.

A selection of children from Crumlin and Temple Street Children’s Hospitals, The Jack & Jill Foundation, and LauraLynn will play a very special role in the show, putting on a special performance remotely.

“My dream is to make this beautiful because never before did the children, their parents and their grandparents deserve a Toy Show like the one they’re going to get on Friday,” Ryan said.

“Strangely, this is a show and grandparents as much as for parents, because too many people have spent time looking through windows and meeting relatives through windows.

“This Toy Show is about coming home,” he added.

Tune in to The Late Late Toy Show tonight at 9:35pm on RTÉ One, for what promises to be a magical show.