Domhnall Gleeson has opened up about the downsides of fame.

The actor revealed how the attention surrounding his father, Brendan, when he was growing up made him feel uneasy – but he still decided to pursue the same career as his dad.

Speaking to the Irish Sun on Sunday, Domhnall said, “Being well known in public is still not my favourite thing, but I understand how it goes and I want to work.

“And thankfully I’m getting to work with some of the best people in the world, who I love and who are my heroes and there’s always going to be a price for that.”

“I’m lucky that my father is a complicated, amazing man. He’s just the best dad in the world, so all of my memories of being a child are closely wound up with him.

“I really didn’t start acting until I was about 19 and I wasn’t out in the world as an actor until I was 22.

“The first time I experienced fame was as a teenager, out with my father and seeing how people reacted to him differently. And I remember being very protective of him.

“When we would go out and people would come up to him looking for autographs — it wasn’t pictures in those days — and everybody wanted a word, even though we’d be trying to have a family dinner.

“I used to notice myself and my three brothers angling around him to try to keep him guarded from the points of view of other people, because he’s your dad first, before he’s an actor that people know.”

“It was weird. I was coming at it from the other point of view as a teenager. I’ve been the one saying ‘Leave him alone! He’s ours!’

“And of course I’ve experienced a little bit of that myself because of Star Wars and Harry Potter. You want your time to be your own, but it’s part of the deal you make I suppose. Thinking about it for a child is terrifying.”

The 34-year-old is the eldest son of Brendan and wife Mary’s four boys – his brother Brian is also an actor, but his other brothers Fergus and Rúairí work outside the industry.

Domhnall has starred in some major movies over the past few years, including Star Wars, The Revenant, Brooklyn, and most recently Darren Aronofsky’s Mother!, and Goodbye Christopher Robin.

Although Domhnall is usually asked how his famous father has influenced his acting career, the Dubliner insisted that his mother, Mary Gleeson, influenced him just as much.

“My mother is every bit as important to our family as my father. Both of them are fantastic parents. Keeping a family together is pretty artistic too and takes a lot of creativity, I would think.

“My mom’s just a brilliant woman. She’s her own person, there’s no way to describe her quickly. She’s amazing. I couldn’t have a better mom. You know, Irish guys and their mothers is a thing. We’re all mad about our moms, but I’d take mine over any other one.

“She’s the business and very supportive and realistic at the same time. In a way, we all manage the family collectively, because if something matters you have to be careful with it, so everybody plays their part.

“But certainly Mom keeps things together as everyone else flies away. My dad was away for five months doing Mr Mercedes, Brian is over on the West End and two of my brothers were living in Canada for a while and I was in London for a good bit. So at times, it’s just her and Seamus, the Cocker Spaniel.” 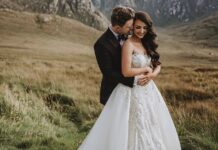 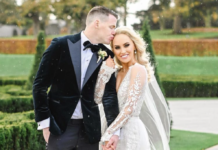