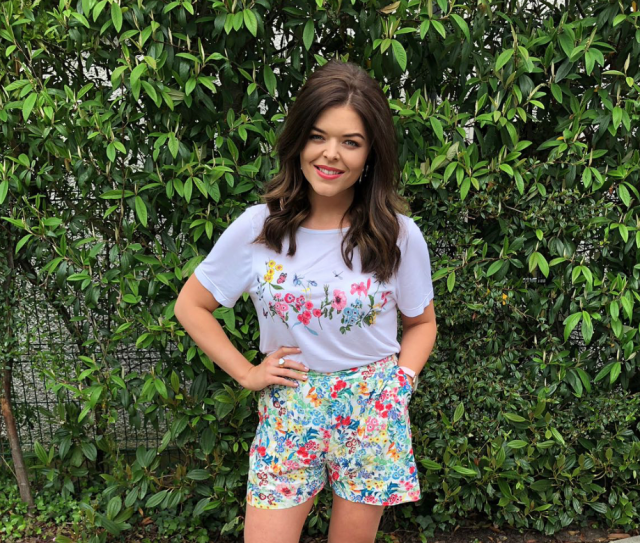 Doireann Garrihy has broken her silence on the abortion referendum.

Today, the people of Ireland will vote Yes or No to repeal the Eighth Amendment to the Constitution.

While Doireann has remained silent on the referendum, which has been widely discussed on social media, the Spin 1038 presenter took to Twitter to explain to her followers that as a full-time broadcaster she’s hasn’t been able to express her opinion.

She wrote, “As a full-time broadcaster, I have had to remain [silent] But today is the day.”

As a full-time broadcaster, I have had to remain 🤐 But today is the day ❤ My CHOICE is to take MY BODY to the polling station to vote. Take from that what you will. #letsdothis #finally #hometovote (Yes I live in Dublin but have FOMO and want in on that epic thread)

Heavily hinting that she’s supporting the Yes campaign, she continued, “My CHOICE is to take MY BODY to the polling station to vote. Take from that what you will.”

The presenter also retweeted Roe McDermott’s tweet which read, “A shoutout to the broadcasters & RTE/TV3/radio employees who have had to keep their opinions & views to themselves throughout the whole campaign. I know it’s not easy & has felt stifling & frustrating for so many. Thank you for your work.”

Other broadcasters that have followed suit include RTÉ’s Eoghan McDermott, and TV3’s Cassie Stokes.

My job means I haven’t been able to talk about the referendum in a personal capacity, which I have respected. Certain members of my family have been very vocal. My one hope today is that you will use your voice, your feet and your vote ❤