Doireann Garrihy was pictured in tears on the first day of her trip to Rwanda.

The radio presenter and her father Eugene jetted to Rwanda with Irish aid agency Bóthar, who help communities overcome hunger and poverty in a sustainable way – specialising in improved livestock production and support-related training in the community.

The father and daughter are visiting Bóthar programmes to review progress of widows of the 1994 genocide – the fastest killing spree in history – who have received gifts of Irish in-calf heifers.

The trip is also marking the 25th anniversary of the horrific genocide, which saw up to one million slaughtered in a country the size of Munster. 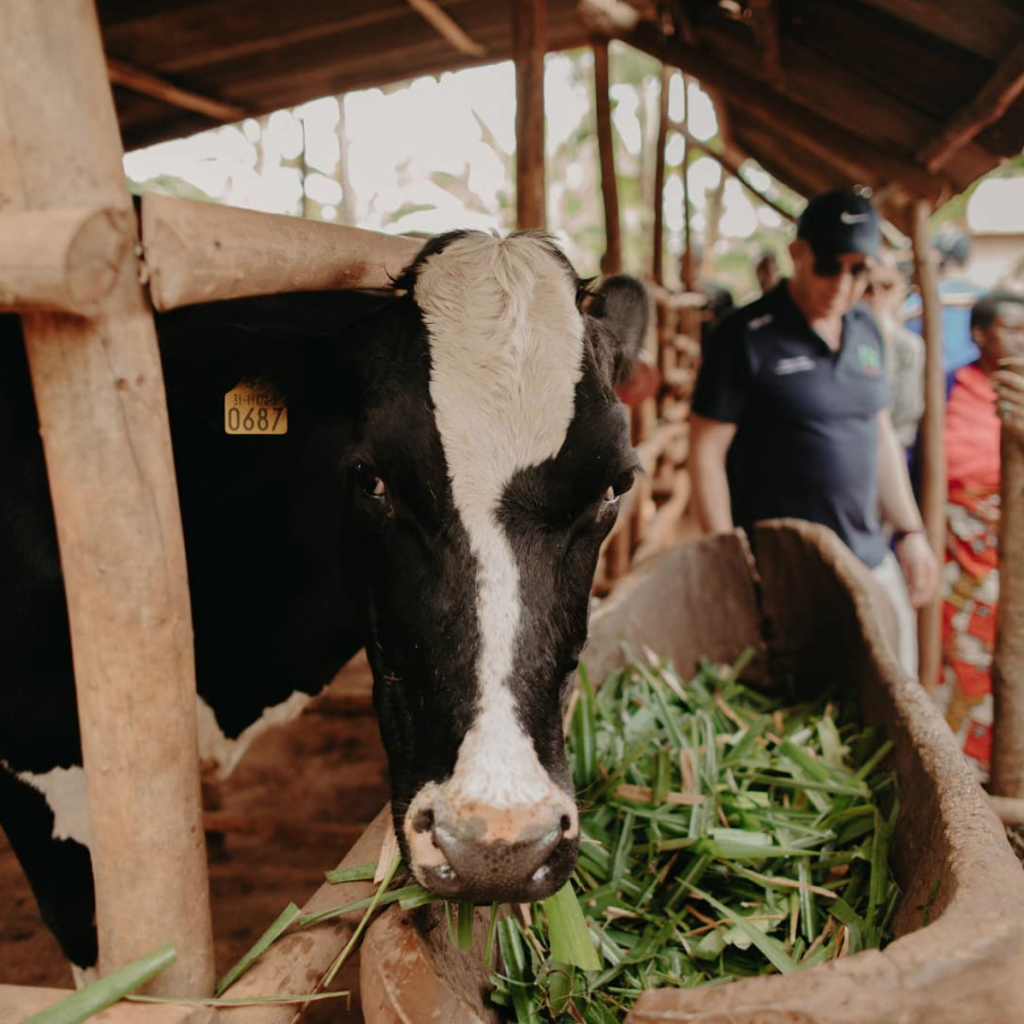 The duo got to see one of the Irish heifers – 30 were sent out two weeks ago – in her new home just six weeks after they saw her at Shelton Abbey Prison, where she and the others were reared by inmates as part of a restorative justice programme.

But, having arrived in Rwanda to see their progress, the duo admitted it was hard to come to terms with how the nation had fallen as recently as 1994 – but heart-warming to see how it is rising again.

Doireann said: “It’s such a roller coaster of emotions. There’s poverty here at a level that you won’t see in too many countries and then you see this family that has been donated an Irish cow and how it is going to change their lives.”

“One woman who lost her husband and children said she had completely lost hope in the years following the genocide but now she has hope again thanks to this donation. It makes you so proud that Irish people are doing this.”

Regarding the horrific stories of the genocide they were told, Eugene said the first day of the five-day visit had left them in disbelief at how bad it had been here during those three horrific months of 1994.

“It’s actually hard to take in. We’ve just been to one of many memorials and there were the remains of 25,000 people amassed in just a few hundred coffins,” he said.

“The clothes that the people were killed in were there, personal items like crosses and other jewellery, some items that were used to kill also. They don’t try to hide anything here and maybe that’s helping them in some way. They don’t hide the memory of it as a nation.

“All those people in that memorial were killed in a small area of the country not much larger than the part of West Clare where I grew up. 25,000 people in a small place. It’s just hard to grasp.”

“The personal stories of survivors are horrific. We met one woman who hasn’t been able to walk since the genocide. She was stabbed, beaten and raped. She lost eight children and a husband in the genocide. But now, Bóthar has been connected with her and she has a fine Irish cow that her son is going to farm. It’s going to change her life.”

He added: “Having grown up on a small farm in West Clare and knowing how much of a struggle it is for many farmers in Ireland today, their generosity is incredible. A lot of the money comes from non-farmers, who simply buy cows, as well. So, it’s a programme that is really starting to catch-on.”